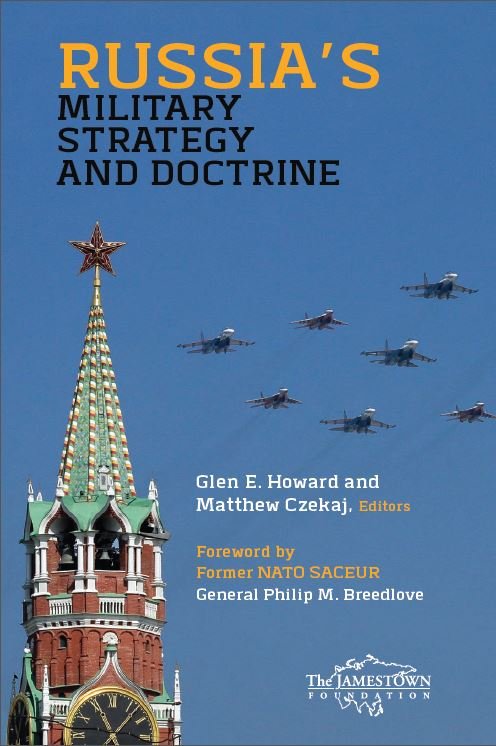 Russia’s Military Strategy and Doctrine is designed to educate Russia watchers, policymakers, military leaders, and the broader foreign policy community about the Russian Armed Forces and security apparatus across the full spectrum of geographic, doctrinal and domain areas. Each chapter addresses a different strategic-level issue related to the Russian military, ranging from “hybrid” warfare doctrine, to the role nuclear weapons play in its strategy, to cyber and electromagnetic warfare, to Moscow’s posture in the Arctic or the Black Sea, to the lessons its Armed Forces have learned from their ongoing operations in Syria and eastern Ukraine. And each section of the book is written by one of the world’s foremost experts on that theme of Russia’s military development.

The key questions emphasized by this book include “how Russia fights wars” and “how its experiences with modern conflicts are shaping the evolution of Russia’s military strategy, capabilities and doctrine.” The book’s value comes not only from a piecemeal look at granular Russian strategies in each of the theaters and domains where its Armed Forces may act, but more importantly this study seeks to present a unifying description of Russia’s military strategy as a declining but still formidable global power. Russia’s Military Strategy and Doctrine will be an essential reference for US national security thinkers, NATO defense planners and policymakers the world over who must deal with the potential military and security challenges posed by Moscow.

The full text of Russia’s Military Strategy and Doctrine can be downloaded for free as an e-book. Please click on the PDF file link below.