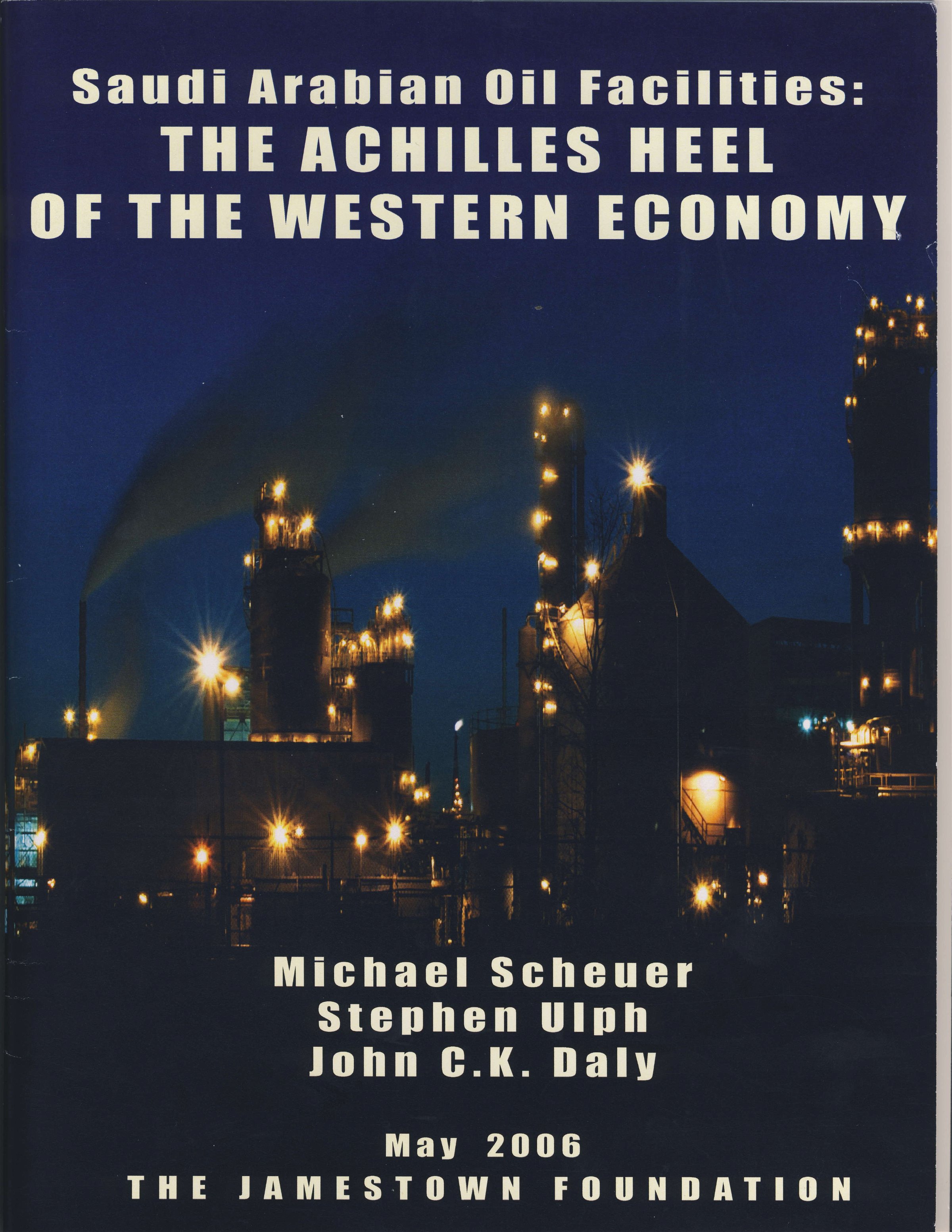 On February 24, 2006, the world’s largest oil refinery, the Abqaiq oil facility in Saudi Arabia, fell victim to a major attack by al-Qaeda. The strategic attack on Saudi Arabia’s largest oil refinery nearly succeeded in knocking out of production the seven million barrel per day Abqaiq refinery which would have caused a major disruption in Saudi oil production.
Prior to the attack, two Jamestown Foundation analysts accurately predicted one month before the incident and then again one day beforehand that such an attack was in the offing. As early as the January 18, 2006 issue of Jamestown publication Terrorism Focus, Senior Fellow Stephen Ulph first noted the tactical value for al-Qaeda in targeting oil facilities in the Gulf States. Through his use of indigenous sources, Ulph assessed how al-Qaeda leader Ayman al-Zawahiri had “been urging the targeting of oil installations in the Gulf States as part of the ‘bleed until bankrupt’ strategy against the United States.”

Four weeks later, Jamestown analyst John Daly predicted in the February 23, 2006 issue of Terrorism Monitor the high value and vulnerability of Saudi Arabia’s oil facilities to an attack by al-Qaeda. One day later the refinery suffered its first ever attack in an operation of immense strategic importance. This Occasional Paper is the collective analysis of Daly and Ulph, along with the insights of Michael Scheuer, founder of the Bin laden Unit at the Central Intelligence Agency.  Scheuer discusses the implications of the 2006 attack of Abqaiq, as well as the possibility of future attacks on Saudi oil facilities and the repercussions from such an attack on the Western economy.

The tribal areas of Pakistan’s North-West Frontier Province (NWFP) fully deserve President Barack Obama’s description as “the most dangerous place in the world”.  This remote and inhospitable region is only nominally under Pakistan's administration and its Pashtun tribesmen have a long history of opposing outside... MORE
$15.00 – $20.00 Select options
The global natural gas industry is undergoing a historical shift away from overland pipeline deliveries of gas and gradually towards Liquefied Natural Gas (LNG), shipped by seaborne tankers designed to supply distant markets which cannot otherwise be supplied by traditional pipelines. Russia, the world’s largest... MORE
$15.00 – $20.00 Select options
Given the recent “reset” policy put in place by the Obama administration with regards to Russia policy, a closer look into the Kremlin’s arm sales practices might prove critical for anyone attempting to decipher Moscow’s foreign policy ambitions.  In Shrinking Ground: Russia’s Decline in Global... MORE
$15.00 – $20.00 Select options
The ongoing struggle for control of Somalia is one of the world’s most complicated. With the country already effectively split into three parts, it may be too late to speak of a Somali nation. While the popular conception of this conflict pits al-Qaeda associated Islamists... MORE
$25.00 – $30.00 Select options

The Jamestown Foundation is proud to announce that it’s 14th Annual Terrorism... END_OF_DOCUMENT_TOKEN_TO_BE_REPLACED

On December 11, Newsweek published a story on Chinese espionage efforts in the United States, which included an interview with Jamestown Non-Resident Fellow Matthew Brazil... END_OF_DOCUMENT_TOKEN_TO_BE_REPLACED