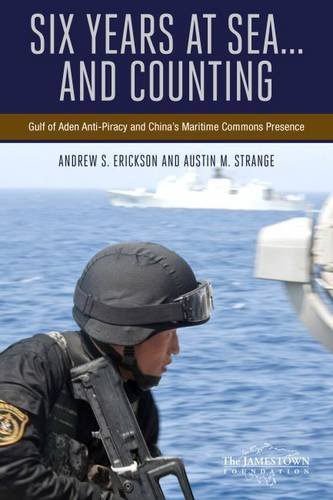 Well over six years of Chinese anti-piracy operations in the Gulf of Aden have directly supported People’s Liberation Army Navy (PLAN) modernization goals and provided invaluable experience operating in distant waters. Lessons learned have spawned PLAN innovations in doctrine, operations, and international coordination. Many of the insights gleaned during deployments are applicable to security objectives closer to home; some officers enjoy promotion to important positions after returning. Anti-piracy operations have been a springboard for China to expand considerably its maritime security operations, from evacuating its citizens from Libya and Yemen to escorting Syrian chemical weapons to their destruction and participating in the search for Malaysia Airlines Flight 370. So great are the benefits to China’s global maritime presence and enhanced image at home and abroad that when Gulf of Aden anti-piracy operations finally wind down, Beijing will have to develop new means to address its burgeoning overseas interests.

Andrew S. Erickson, Ph.D.,is an Associate Professor in the Strategic Research Department at the U.S. Naval War College and a core founding member of the department’s China Maritime Studies Institute. He serves on the Naval War College Review’s Editorial Board. Since 2008, he has been an Associate in Research at Harvard University’s John King Fairbank Center for Chinese Studies. Erickson is also an expert contributor to the Wall Street Journal’s China Real Time Report. He runs the research websites www.andrewerickson.com. and www.chinasignpost.com.

Austin Strange is a Ph.D student in Harvard University’s Department of Government and a Research Associate at AidData, a research and innovation lab of the Institute for the Theory and Practice of International Relations based at The College of William & Mary. Formerly, he served as a researcher at the China Maritime Studies Institute of the Strategic Research Department of the U.S. Naval War College. He has studied at the College of Public Administration and Center for Non-Traditional Security and Peaceful Development Studies at Zhejiang University (M.S.) and the College of William & Mary (B.A.).

By Aleksandr Golts Translated By Maia Kipp   With tensions between Russia and the West at an all-time high, Moscow appears to be preparing for large-scale war. Now more than ever, there is an increased need to understand the past and future directions of Russian... MORE
$24.95 Select options
Olevs Nikers and Otto Tabuns, Editors   The Baltic Security Strategy Report provides an in-depth security review of the Baltic countries of Estonia, Latvia and Lithuania. As highlighted in this important work, the Baltic States’ various national and collective strategies to address recurring regional threats... MORE
Read more
Azerbaijan and the New Energy Geopolitics of Southeastern Europe, edited by Margarita Assenova and Zaur Shiriyev, comes at a critical time when concerns about energy security are growing in the midst of military, economic and energy conflicts in East and Southeastern Europe. As the construction... MORE
$24.95 Select options
Pakistan’s Troubled Frontier is a gripping snapshot of the militants and movements threatening a region plunging into turmoil. This work represents an effort to examine the array of security issues threatening Pakistan’s volatile northwest frontier and should become an important reference for policy makers seeking greater... MORE
$24.95 Select options