The evolution toward smaller, more autonomous and decentralized organizational structures has been identified as a key trend in jihadi terrorism during the past few years [1]. Confronting amorphous structures and networks, which lack clearly identifiable organizational linkages and command structures and in which self-radicalization and self-recruitment are key elements, is a formidable challenge for security services [2]. The jihadi decentralization trend is clearly a result of counter-terrorism successes. These “defeats” have been scrutinized and digested in the writings of key jihadi theoreticians during the past few years. New roadmaps and operational concepts are being explored as the jihadis search for effective ways to operate in the much less permissive security environment of the post-9/11 era.

Among the new literature on future jihadi strategies, the writings of the Syrian-born, al-Qaeda veteran Mustafa bin Abd al-Qadir Setmariam Nasar have received considerable attention, both in jihadi circles and in Western media and scholarship. Using his most common pen names—Abu Mus’ab al-Suri and Umar Abd al-Hakim—he has written a 1,600 page treatise, The Call to Global Islamic Resistance, which is among the most frequently mentioned jihadi strategy books. It has been featured on numerous jihadi websites since its release in January 2005. The core ideas of this voluminous work are presented in chapter eight, in particular the section on “military theories” and the subsequent two sections on “organizational theories” and training doctrines. This two-part article outlines and discusses al-Suri’s training doctrine and briefly assesses its potential importance for the new generation of jihadis. Hopefully, it will be a contribution to improving understanding of how jihadi groups are adapting their training doctrines in the face of a harsher and less permissive operative environment.

How to train and prepare recruits for armed jihad is a topic that has preoccupied al-Suri throughout his entire jihadi career until his capture in late 2005. During his participation in the Islamist uprising against the Syrian regime in the early 1980s, Abu Mus’ab al-Suri received significant military and security training. He quickly rose to become a military instructor in the Syrian Muslim Brotherhood’s camps in Iraq and at the organization’s safe houses in Jordan. Combining his newly acquired military skills with his previous training in mechanical engineering at the Faculty of Engineering at the University of Aleppo, he co-authored a handbook in explosive engineering, which was then his specialty. Al-Suri claims that this handbook, which became known as “The Syrian Memorandum,” was later used in the Arab-Afghan camps in Afghanistan. In July 1987, al-Suri met with Abdullah Azzam, the godfather of the Arab volunteers in Afghanistan, and was quickly enlisted as a military instructor. His intellectual ambitions, however, were greater than teaching explosive engineering and basic guerrilla warfare principles. Following the publication of his 900 page treatise The Islamic Jihadi Revolution in Syria, published in Peshawar in May 1991, he gradually emerged as a jihadi writer and theoretician of some stature. In his treatise, he debated the lessons learned from the failed Islamist uprising against Hafez al-Asad’s regime [3]. The book was a frontal attack on the Muslim Brotherhood and was in many ways a Syrian parallel to Ayman al-Zawahiri’s The Muslim Brothers’ Bitter Harvest in Sixty Years, which appeared at the same time. Both works were part of the intellectual foundation for the radical jihadi trend that emerged as a considerable force inside the Arab-Afghan movement after Azzam’s death in November 1989.

The Demise of the Revolutionary Tanzims

As opposed to many other jihadi writers, al-Suri always strived to maintain a practical and “operative” perspective, emphasizing the need to learn from past mistakes and devise new practical “operative theories” (nazariyat al-‘amal) for future jihadi campaigns [4]. In his most important works, he focused on explaining how jihadi groups should operate in order to survive in the new post-Cold War context characterized by enhanced international anti-terrorism cooperation and the progressive elimination of terrorist sanctuaries and safe havens. Even though he himself had been a member of a typical tanzim (organization), the Syrian “Combatant Vanguard Organization,” and continued to maintain very close contact with other tanzims, especially the Egyptian Islamic Jihad and the Libyan Islamic Fighting Group, all of al-Suri’s operative theories are built on the premise that the tanzim model—the centralized hierarchical and regional secret jihadi organization—has outlived its role. Their Achilles’ heel was their hierarchical structure, which meant that if one member was caught, the whole organization would be at peril.

Another factor which has made the revolutionary tanzims less relevant in al-Suri’s eyes is the progressive Western “occupation and usurpation of Muslim land” (Palestine, Saudi Arabia, Afghanistan, Iraq, etc.). This transition from “indirect” to “direct occupation,” which began in earnest around 1990 (Operation Desert Shield and Desert Storm), obligates a reorientation: the current war must be aimed at “repelling the invading intruders and assailants” from Muslim lands. The traditional goal of attaining an Islamic revolution in one country or one geographical area has to be postponed. Al-Suri, therefore, recommends that future jihadi warfare should be concentrated around other forms, namely the “jihad of individual terrorism,” practiced by self-contained autonomous cells in combination with jihadi participation on “Open Fronts,” wherever such fronts are possible. In al-Suri’s parlance, this term refers to conflict areas with an overt presence of mujahideen, permanent bases, open battle lines, or guerrilla war from those fixed positions [5]. Given the difficulty of opening such fronts, al-Suri concludes that “the jihad of individual terrorism” becomes, in reality, the only option for most jihadis.

Hence, the practice of “individual terrorism” is a core theme in al-Suri’s most recent writings, and it is rooted in his most famous slogan: nizam, la tanzim (System, not Organization) [6]. In other words, there should be “an operative system” or template available anywhere for anybody wishing to participate in the global jihad either on one’s own or with a small group of trusted associates, and there should not exist any “organization for operations.” Hence, the global jihadi movement should discourage any direct organizational bonds between the leadership and the operative units. Leadership should only be exercised through “general guidance,” and operative leaders should exist only at the level of small cells. The glue in this highly decentralized movement is nothing else than “a common aim, a common doctrinal program and a comprehensive (self-) educational program” [7].

The same goal of decentralization is applied in al-Suri’s training doctrines; training should be moved to “every house, every quarter and every village of the Muslim countries” [8]. Al-Suri caricatures the jihadi training doctrine of the past as not much more than an invitation to Afghanistan: “calling the Islamic nation to the camps.” His answer is to do the opposite; one should strive to “plant training camps across the Islamic nation, in all her houses and quarters” [9]. For al-Suri, the issue is not only that of decentralization, but also of transforming the jihadi cause into a mass phenomenon. One of al-Suri’s oft repeated slogans is that “the resistance is the Islamic nation’s struggle and not a struggle by the elite” [10]. This is an ambition many revolutionary theoreticians of all ideological stripes have nurtured without much success.

The decisive factor for successful jihadi training is the moral motivation and the desire to fight, not knowledge in the use of arms, al-Suri asserts. If the ideological program is not fully digested and the mental preparation is absent, weapons training is of no use. In an audiotaped interview in the late 1990s, al-Suri recalled how he had second doubts about the training that many Arab volunteers received in Peshawar and in Afghanistan, especially those hailing from the Gulf countries, since they more often than not failed to share his radical ideological platform:

“I am not prepared to train [people] in shooting practices because I think they will fire back at us justifying this by the fatwas of the Muslim Brothers and the Azhar clerics…People come to us with empty heads and leave us with empty heads…They have done nothing for Islam. This is because they have not received any ideological or doctrinal training” [11].

Partly based on this experience, al-Suri therefore came to insist that purely military disciplines should never form the dominant part of jihadi training.

Al-Suri finds the religious foundation for jihadi training in two Quranic verses, namely verse 60 of Surat al-Anfal and verse 46 of Surat al-Tawbah. The former is perhaps the most frequently cited Quranic verse among jihadis. It contains an injunction to prepare for “striking terror in the hearts of the enemies” [12]. It has therefore been a point of departure for a considerable number of jihadi writings on the legitimacy of “terrorism” in Islam [13]. Verse 46 of Surat al-Tawbah, “And if they had wished to go forth they would assuredly have made ready some equipment, but Allah was averse to their being sent forth and held them back and it was said (unto them): Sit ye with the sedentary,” demonstrates, according to al-Suri, God’s disgrace over the hypocrites who fail to prepare for war [14]. He concludes from reading these two verses that there are three stages in the performance of jihad: “will…preparation…launch.” In other words, preparation cannot come without sincere will and firm determination, and an armed campaign cannot be launched without thorough preparation.

As opposed to many Salafi writers, al-Suri is not averse to comparisons with and citations of Western and non-Islamic sources to support his conclusions: “All military schools agree that a will to fight and moral strength of the fighter is the basis for victory and good performance” [15]. While this determination to fight is important in regular armies, it is “the fundament for the guerrilla fighter in general and the jihadi resistance fighter in particular” [16]. Al-Suri’s writings are also characterized by a willingness to practice self-criticism, sometimes in a relatively sharp and satirical language. When writing about the moral and ideological prerequisites for proper jihadi training, al-Suri ponders the fact that many of those tens of thousands who trained for an armed jihad in Afghanistan under the first Arab-Afghan phase in 1986-1992, as well as during the second “round” under the Taliban regime in 1996-2001, returned to their homes without any intention to fight. They obviously “had the will to prepare [for armed jihad], but at the same time they intended to avoid jihad. They wanted to willfully and premeditatedly desist from jihad!” [17]. In al-Suri’s eyes, jihad should be practiced not only in Afghanistan, but also in the wider global arena against the “Western Crusaders” and their “Arab collaborationist regimes.” If this ideological platform is not fully embraced by the jihadi recruits, military training could easily become a double-edged sword.

1. The author would like to thank his colleagues Petter Nesser, Thomas Hegghammer and Anne Stenersen at the Norwegian Defense Research Establishment (FFI) for valuable comments and feedback on this article.

2. See, for example, “The Changing Face of Terror: A Post 9/11 Assessment,” Testimony Before the Senate Committee on Foreign Relations by Ambassador Henry A. Crumpton, Coordinator for Counter-terrorism, Washington, DC, June 13, 2006, https://www.state.gov/s/ct/rls/rm2/68608.htm.

5. As examples of such “Open Fronts,” al-Suri refers to: “The First Afghani Jihad, Bosnia, Chechnya, and The Second Afghani Jihad in the Era of Taleban.” Cited in The Call to Global Islamic Resistance, p. 1361 (pdf-version).

7. The Call to Global Islamic Resistance, pp. 1407 (pdf-version). For more on this, see Brynjar Lia, “Abu Mus’ab al-Suri: Profile of a Jihadist Leader,” Paper and ppt-presentation given at the King’s College Conference The Changing Faces of Jihadism, London, April 28, 2006.

12. Translation from Pickthal, via Search Truth: Search in the Quran and Hadith website, https://www.searchtruth.com.

13. See, for example, a booklet by the now deceased Sheikh Hamud bin ‘Uqla al-Shu’aybi, perhaps the most prominent Saudi Salafi-Jihadi ideologue, in which he argues that there is a kind of terrorism which “is legitimate, sanctioned and ordered by God, which is to prepare strength and be mobilized for resisting the enemies of God and his prophets.” Cited in “The Meaning and Truth of Terrorism” (in Arabic), Minbar al-Tawhid wa’l-Jihad website, dated 5/9/1422h or November 20, 2001.

14. Translation from Pickthal, via Search Truth: Search in the Quran and Hadith website, https://www.searchtruth.com. 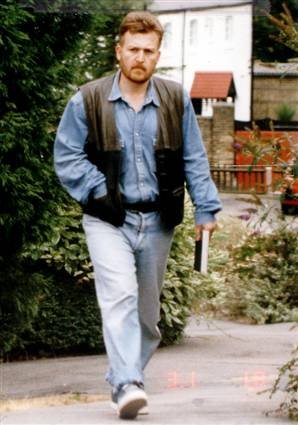