Regional governments in the North Caucasus tend to control civic organizations quite tightly, and Circassian organizations are no exception. The administration of Karachaevo-Cherkessia is reportedly weighing its options in appointing the leader of the ethnic Abaza, while activists of the organization argue that only the Abaza should decide who will lead it (Politika09.com, March 22). The Abaza are another minority in Karachaevo-Cherkessia who have autonomy within the republic. The Abaza are linguistically related to the Circassians and the Abkhaz. However, unlike most of the other republics in the North Caucasus, Karachaevo-Cherkessia is politically fragmented. It is one of the most ethnically diverse parts of the North Caucasus. Besides ethnic Karachays, a Turkic-speaking ethnic group, the republic is home to the Circassians (a.k.a. Cherkes), Abaza, Nogais and ethnic Russians. The republic’s political fragmentation allows civic organizations to operate slightly more freely than elsewhere in the region.

Many Circassian activists have expressed their disappointment with the activities of the International Circassian Association for its “betrayal” of Circassian interests. For example, the ICA supported the Sochi Olympics in 2014, contrary to the expectations of many Circassians, who fiercely opposed the event on the land where the Russian armies exterminated their ancestors in the 19th century.

Since the protests did not succeed in changing the ICA’s leadership, Circassian activists across the North Caucasus are now committed to establishing another network organization. Circassian organizations from Adygea, Kabardino-Balkaria, Karachaevo-Cherkessia, Krasnodar region and other areas will be part of the new organization. The organizers say that Circassians across these regions share the same language and culture—which, in the words of one activist, Aslan Beshto, makes it only natural to unite “for the common growth of culture in a united cultural space.” The organizers are careful not to offend the ICA, which apparently has powerful allies in the government. Instead, Beshto emphasized that the ICA is a “higher level” organization while the new organization that the Circassian activists propose establishing will work at the grassroots level (Kavkazsky Uzel, March 19).

Many Circassian activists have lamented the fact that the Russian government’s “divide-and-rule” policy has prevailed in their areas. Ethnic Circassians currently live in at least five neighboring regions and only comprise a majority in one of them—Kabardino-Balkaria. The new organization, if successful, will help to coordinate the efforts of the Circassians across the administrative borders of the North Caucasian regions. It is highly likely, however, that the government will try either to prevent such an organization from forming or heavily infiltrate it with government agents.

Paradoxically, while Moscow often talks about friendship between different groups and peace in the North Caucasus, which is rife with interethnic tensions, it dislikes horizontal ties between the regions. Thus, there are practically no cross-regional independent newspapers or organizations. The political structure of the Russian state is built on the premise of a single political center, Moscow, which centrally manages each region and does not allow the formation of regional groups that could potentially challenge the central state. If it is formed, the Circassian interregional organization may become the first of its kind in the North Caucasus, which is bound to have a significant impact on the situation in the region. 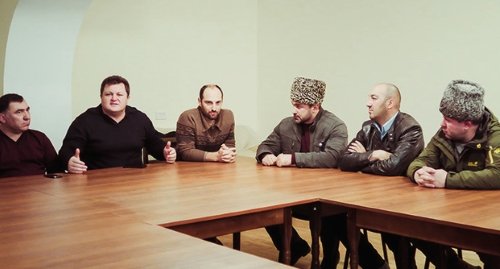 The Jamestown Foundation was proud to host a webinar on... END_OF_DOCUMENT_TOKEN_TO_BE_REPLACED

Jamestown Foundation Analyst Richard Arnold was interviewed by PolitiFact for a story on the Lie of the Year 2022, or Putin’s long list of lies... END_OF_DOCUMENT_TOKEN_TO_BE_REPLACED

There is an outpouring of reporting on Russian activities in Syria, and to a lesser degree other countries in the Middle East and North Africa. But until now, there has been no single effort to analyze the totality of Russian objectives there as well as its instruments of power,... END_OF_DOCUMENT_TOKEN_TO_BE_REPLACED