Latvia experienced a population decline of 8.7 percent in the last year. From among the 28 members of the European Union (the United Kingdom has not yet officially left), only Lithuania has had a larger drop in the number of its residents (11.3 percent). Of the three Baltic States, Estonia alone boasted net population growth last year, equal to 2.0 percent (TVNET, July 8).

According to statistical data, around 1.9 million people lived in Latvia at the beginning of 2016—which is about one-fifth less than in 1989. The number of inhabitants has increased only around the biggest cities in central Latvia as well as in the capital, Riga. Meanwhile, throughout most of the other parts of this Baltic republic, and particularly in the eastern border regions, the population has continued to shrink. The fastest declining counties (novads—municipalities) are in Latgale—the country’s eastern-most region (Csb.gov.lv, May 27, 2015).

In 1989, just before the collapse of the Soviet Union, Latvia’s population totaled around 2.5 million people: it consisted of 1.4 million ethnic Latvians, nearly 1 million Russians, 119,702 Belarusians, 92,101 Ukrainians, 60,416 Poles and less than 50,000 other minorities, including Lithuanians, Estonians and Jews, among other nationalities (Csb.gov.lv, 2011). Most of the ethnic Russians came to Latvia during the Soviet occupation period, along with military and large-scale manufacturing industries, which were installed in all three Baltic States by the Communist regime in Moscow.

After the restoration of Latvian independence in 1991, the subsequent decline in population can be divided into three major phases. In the first phase (1991–2000), the Latvian population decreased when nearly half of Latvian Russians emigrated to Russia or other former Soviet republics. This first wave significantly reduced the prospect of serious ethnic tensions between Latvians and Russians, who became a much smaller minority. The next biggest portion of the Latvian population left the country after Latvia’s accession to the European Union in 2004, which allowed Latvian citizens, regardless of their nationality, to search for better paying jobs and higher living standards in Western Europe. The third phase began after the global economic crisis of 2008. By 2011, another 190,000 Russians left Latvia (Csb.gov.lv, 2011); today, those who are left make up a bit over 500,000 individuals. The collapse of the financial markets in 2008 sparked widespread emigration among Latvian nationals. In 2009, the average monthly salary in Latvia was approximately 700 euros (then, around $990), and many of those who lost their jobs or fell into debt found better lives in the UK, Ireland, Germany or Norway (Nra.lv, December 1, 2009).

Latvian state officials understand that impoverished and hopeless people, especially in the eastern regions, can be easy targets for Russian propaganda and various “hybrid war”–type techniques. And recently, the Latvian authorities officially recognized that depopulation represents a national security concern. The State Defense Concept, prepared by the Ministry of Defense and approved by the Cabinet of Ministers in May 2016, states: “Depopulation enhances internal vulnerability to external threats” (TVNET, February 29). Moreover, the document suggests that economic hardship promotes social inequality, which is among the main factors contributing to population decline. In order to strengthen national defense, it is necessary to promote self-confidence among the Latvian people and their desire to protect the country, thus creating favorable conditions for everyone in order to prevent further migration to the richest countries of the EU.

A member of the Latvian national conservative party “For Fatherland and Freedom” (“Tēvzemei un Brīvībai”), Imants Parādnieks, recently suggested, that among the measures against further emigration, the state should adopt a “third child” policy, providing special financial support for larger families with at least three children (TVNET, April 8). Latvian President Raimonds Vējonis is also seriously concerned about those who departed—the longer these Latvians stay abroad, the smaller the chance that they will return to Latvia, he said in a recent interview (TVNET, July 18).

President Vējonis has admitted that the Latvian government currently cannot offer its citizens much in the way of higher salaries and better jobs, so it would be irresponsible to call everybody back home right now. But at the same time, the head of state emphasized that one of the essential tasks for the government is to encourage economic development at home so that well-paying jobs can be generated as quickly as possible, thus raising Latvian salaries to levels comparable to Western Europe (TVNET, July 18).

If present rates of population decline continue essentially unchanged into the future, the impact on Latvia will be profound. A team of students and researchers at the University of Latvia modeled such a scenario last year. And their conclusion is that by 2065, half of all Latvian regions will be essentially entirely emptied of their populations (Nra.lv, November 6, 2015). If population trends from 2008 to 2015 are extended out at the same level, then by 2049, the Latvian counties of Strenci, Baltinava, Viļaka, Krāslava and Ērgļi (spread across northeast, central and eastern Latvia) will lose all their residents to emigration or mortality. From 2050 to 2055, according to current population decline rates, the city of Rēzekne (Latgale region) will become a ghost town; and the counties of Daugavpils, Valka, Auce, Brocēni, Aglona, Dagda and Alūksne (northeast and eastern Latvia) will empty out as well. By 2060, large parts of Kurzeme, Zemgale and Vidzeme will be uninhabited. According to the study, by 2065, the remaining Latvian population will cluster in the vicinity of Riga city, the central part of Zemgale region and in the country’s southwest, near the Gulf of Riga.

Experts at the University of Latvia conclude that the country’s periphery has already exhausted its migration resources and there are few people left there willing or capable to leave—areas outside the larger cities are inhabited mainly by the elderly and the poor. The proportion of children to retirees in the Latvian countryside is one to three. Thus, by 2045, most of those currently older than 60 will have passed away, while the number of younger people entering adulthood will be replacing only a third of the outgoing generation. Even if it were conceivable to stop all migration within and out of Latvia, it will be close to impossible to reverse the demographic collapse occurring in most Latvian counties located more than 70 kilometers away from Riga.

These figures suggest that, if such trends are not sharply reversed, Latvia’s eastern adversary can afford to be patient, do nothing for several decades, and then simply take over pretty much the entire emptied-out country without a fight. 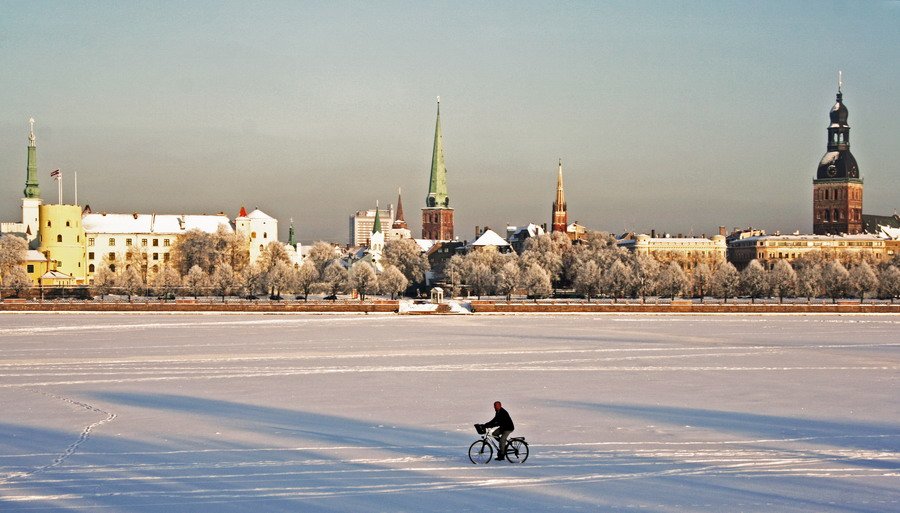 The Jamestown Foundation was proud to host a webinar on... END_OF_DOCUMENT_TOKEN_TO_BE_REPLACED

Jamestown Foundation Analyst Richard Arnold was interviewed by PolitiFact for a story on the Lie of the Year 2022, or Putin’s long list of lies... END_OF_DOCUMENT_TOKEN_TO_BE_REPLACED

The January 2020 issue features a brief on Salah Gosh, the former National Intelligence and Security Service director of Sudan who recently led a mutiny against the new government in Khartoum; a look at Abdullahi Banati, the al-Shabaab member terrorizing Kenyan security forces on the Somali border; an examination of... END_OF_DOCUMENT_TOKEN_TO_BE_REPLACED