On April 15, the Dagestani newspaper Novoe Delo reported that police had cracked down on mosque parishioners in Makhachkala. According to the newspaper’s sources among the congregation of the mosque on Vengerskikh Boitsov Street, the police randomly detained up to 200 people. Dozens of police officers reportedly surrounded the mosque and arrested people without any obvious reason (Novoe Delo, April 15).

On April 14, the police searched the Vostochnaya (“Eastern”) mosque in Khasavyurt. They confiscated computers but did not find any forbidden content, according to parishioners (Kavkazsky Uzel, April 14). Earlier, on April 8, the imam of the mosque in Khasavyurt, Magomednabi Magomedov, was placed under arrest. Witnesses said that Magomedov went to the local police station, where he demanded the release of Bolnichnaya (“Hospital”) mosque parishioners who had been detained earlier. The police detained about ten persons on April 8, and later released all but one. The parishioners of the mosque claimed that the police beat up some of the detainees (Kavkazsky Uzel, April 8).

Since September 2015, two imams have been killed in Dagestan and three forcibly removed from their offices. The Dagestani authorities signaled that they intend to treat all Salafists with suspicion, regardless of how moderate they are. The authorities started the process of conspicuously shutting down mosques and replacing mosque imams in 2015. The republican government is apparently under the impression that like the armed insurgency, the Salafist movement in Dagestan is also waning or can be curbed with sufficient effort by the state. However, experts warn this is a dangerous path that could further destabilize the republic rather than pacify it and finally resolve the insurgency issue. Besides, the government’s crusade against the Muslims who do not belong to the officially approved branch of Islam looks like a political persecution campaign rather than a counterinsurgency campaign.

Russian human rights activists are acutely aware of the shift in the government’s policies. The Moscow-based Memorial human rights center strongly spoke out against the detention of Magomednabi Magomedov. The authorities charged the cleric with public calls to carry out terrorist attacks, justifying terrorism and inciting hatred and animosity. On April 9, a court in Makhachkala sentenced Magomedov to two months of preliminary detention. Memorial said that the authorities’ actions against the moderate Salafist leader were a “conscious provocation that was designed to destabilize the situation in the republic.” Rights activists said that Magomedov had consistently condemned violence and spoken out against Muslims joining insurgencies in Dagestan or Syria. Memorial’s statement noted that a logic of suppression may be at work. “Apparently, there are forces among the security services of Dagestan that can operate only in extreme circumstances, and only within the paradigm of state terror,” Memorial said. “Confrontation, repression of any dissent—civil and religious—is a familiar and desirable operating environment for them. They reject the idea of ​​a constructive dialogue between the authorities and society. As a result—insane actions, attempts to shut down a number of mosques, repeated mass arbitrary detentions of mosque congregations after Friday prayers, and prison sentences of imams on trumped-up charges” (Ekho Moskvy, April 10).

The independent Dagestani newspaper Chernovik warned that counterproductive government actions could increase the radicalization of the republic’s Muslim community. According to the newspaper’s analyst Islam Abdullaev, the Dagestani authorities paint as Salafists all Muslims who do not conform to the standards of the official Muslim body in the republic. The author also claims that a large portion of the Salafi youth dislike the insurgents as much as government officials do. Referring to the Russian-Caucasian war of the 19th century, Abdullaev points out that in the past it was the Sufis, not the Salafists, who fought the Russians. The analyst warned that the radicalization of Muslims in the republic has been an artificial process driven by the Muslims’ reaction and overreaction to unjustified pressure by government agencies. The recent decline in violence in Dagestan should not be overestimated, as it is tied to the outflow of Dagestani radicals to the Middle East, according to Abdullaev. The outflow of Dagestani radicals to the Middle East has ended, as the idea of an “instantaneous caliphate”—the Islamic State—is less appealing now, and the border with Turkey is less transparent and harder to cross. If the government continues its policies, they will backfire, causing a surge in the domestic insurgency, the author wrote. He asserted that the radicals, in fact, dislike the Salafist mosques because they teach their congregations to stay away from violent groups. Abdullaev concluded with a rhetorical question, asking whether the police in Dagestan is actually interested in peace or if it is consciously working to destabilize the republic (chernovik.net, April 15).

As the Dagestani authorities ramp up their campaign of intimidation against Muslim communities they do not control, their actions essentially turn into political persecution. Even though the government officials claim that they are fighting potential or actual terrorists, it appears that they are, in fact, using counterterrorist rhetoric to clamp down on their political foes. 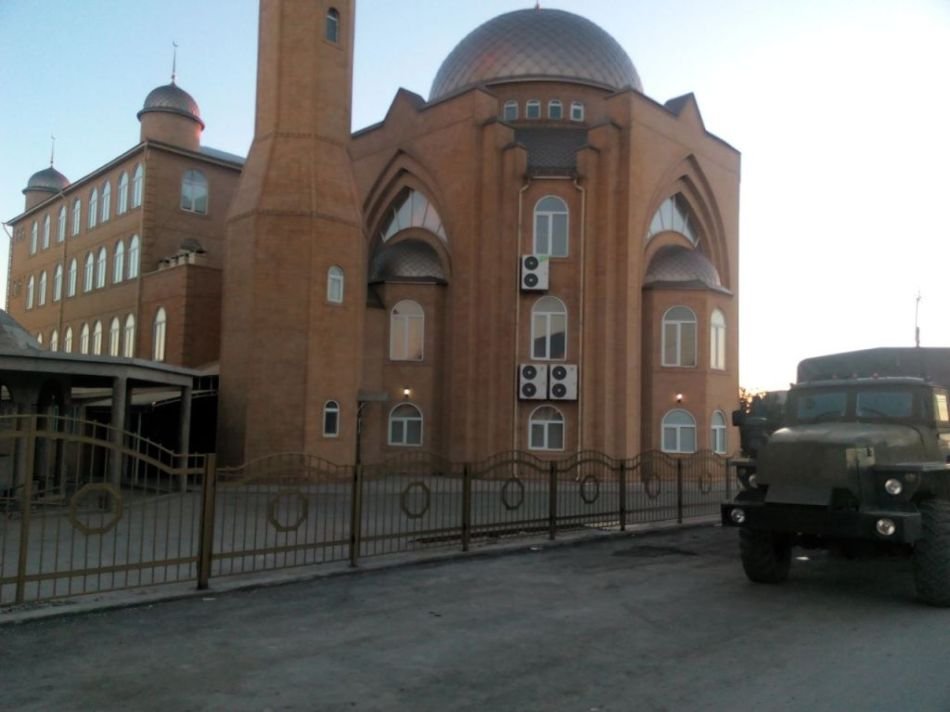