After the eruption of intense hostilities around Karabakh on April 2, Georgian authorities attempted to clarify their position on this acute regional issue. President Giorgi Margvelashvili called on the conflicting sides “to resolve the conflict, which is only a hundred kilometers away [from Georgia], in a peaceful way, using diplomacy” (Tabula.ge, April 5). Prime Minister Giorgi Kvirikashvili called the de-escalation of the conflict “the most important international task for retaining peace and stability throughout the region” (Metronome.ge, April 3). The leader of the majority in the parliament, Giorgi Volsky, proposed Tbilisi as a neutral location for holding negotiations between the Armenian and Azerbaijani sides (Tabula.ge, April 2). However, he also noted with regret that “as of now there are no appropriate conditions for holding such negotiations” (Rustavi 2, April 4). At the same time, one of the leaders of the ruling Georgian Dream coalition, State Minister Kakha Kaladze, promised that Georgia, as a neighboring country, would “do everything it can with the international community to deescalate the situation” (Ipress.ge, April 4).

Georgia’s chief of the General Staff, Vakhtang Kapanadze, also weighed in, declaring, “Georgia shares a border with both countries, and it probably should play the role of a mediator in the conflict. It is a very painful issue for the entire region. We are in close contact with our colleagues in Armenia and Azerbaijan. We receive full information from them and closely watch the developments in the region” (Ambebi.ge, April 4).

After General Kapanadze’s statement, Minister of Defense Tinatin Khidasheli told journalists that she had spoken with the defense ministers of Armenia and Azerbaijan, on the phone, “to receive information from them.” Minister Khidasheli admitted that the defense ministers of both countries did not respond to the Georgian proposal to mediate between them and did not ask Tbilisi to play such a role (Svoboda.org, April 4).

Caucasus expert Mamuka Areshidze argues that the Armenian-Azerbaijani conflict is quite dangerous for Georgia, especially if Russia and Turkey become involved in it. According to Areshidze, “Probably Ankara and Moscow will become active as soon as next year. At the moment, neither Russia nor Turkey is prepared for such an involvement, because they are both dealing with many other issues. The possible participation of these two countries in the conflict, along with the prospect of tens of thousands refugees fleeing to Georgia if the conflict expands, constitute the main problems for Georgia.” The expert recommended that Georgia offer the conflicting sides not so much its mediation but “a place for holding talks” (Author’s interview, April 8).

During the “hot phase” of the conflict over Karabakh, in the early 1990s, Georgia’s government had already offered the city of Tbilisi as a venue for talks between the leaders of Armenia and Azerbaijan. In 1991, then-president of Georgia, Zviad Gamsakhurdia, invited the chairman of the Supreme Council of Armenia, Levon Ter-Petrosyan, and the president of Azerbaijan, Ayaz Mutalibov; but they both declined the offer (Svoboda.org, April 4).

The editor-in-chief of the journal of military analysis Arsenali, Irakly Aladashvili, reminded that in the past, Georgia was repeatedly drawn into conflicts against its wishes. Aladashvili observed: “At the beginning of the 1990s, the Russian military base in the Georgian city of Akhalkalaki supplied military equipment, including T-72 tanks, to Nagorno-Karabakh to prop up the Armenian side. The tanks that were used in the war underwent repairs at a plant in Tbilisi that belonged to the Russian army back then. In 1993, a pilot of the Georgian Air Force stole a military jet from Kutaisi and landed in Yerevan. Later, that jet was used in the war between Armenia and Azerbaijan.” According to the editor of Arsenali, in the past several years after the Russian bases were shut down in Georgia, and the fighting in Karabakh settled down, “Georgia’s military involvement was limited to separately instructing several Armenian and Azeri servicemen at its training base for mountain warfare, in Sachkhere [north-central Georgia]. Their training was part of NATO’s [North Atlantic Treaty Organization] Partnership for Peace program” (Author’s interview, April 8).

The former head of the state Information Intelligence Service, Irakly Batiashvili, believes the chances are “very high” that local clashes could transform into a large-scale war between Armenia and Azerbaijan. As he noted, “There are forces that are interested in such a development. Azerbaijan and Armenia should prevent a new war, which could become a catastrophe for everybody. Currently, the status-quo is maintained, but it may explode at any time.” Batiashvili thinks that the withdrawal of the Armenian forces from the buffer zone around Karabakh, under guarantees provided by the United States, the European Union and Russia, could help to resolve the conflict (Author’s interview, April 6).

Sergi Kapanadze, who directs the Georgian non-governmental organization Association for Reforms, asserts that regardless of the winner in the possible war between Armenia and Azerbaijan, Georgia could end up losing out no matter what. As he pointed out, in case of war, “[Georgia] will have to take a position on how the conflicting sides will use our air space, the passage of Russian and Turkish military cargo, opening our ports for the conflicting sides, and how to respond to various resolutions by international organizations” (Epn.ge, April 4).

The Atlantic Council of Georgia is working on the methodology of minimization the risks for the country. The Council’s vice president, Batu Kutelia, suggested to this author, on April 6, how the country could respond to these challenges. According to Kutelia, “Georgian resources alone will be insufficient to defend the interests of our country in this process. It is necessary to develop cooperation with the country’s strategic partners—the US, the EU and NATO. We should analyze the risks, various scenarios, and possible consequences of a large war in the region. In such a case, Georgia will be able to avoid the situation of making a ‘rigid, one-sided choice’ regarding military transit, refugees and so on.”

Kutelia further argued that Georgia “must work out a scheme of institutional planning with the participation of the US and NATO because all post-Soviet conflicts indicate that when Russia plays the pivotal role in them, they only become worse. A more active role of the US and NATO is the only way to resolve the conflict peacefully,” the Atlantic Council of Georgia’s vice president remarked (Author’s interview, April 6). 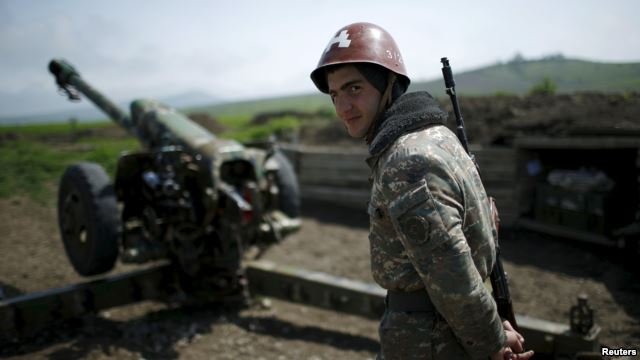 Back
Experts Warn Dagestani Authorities’ Cr..Next
Russian Jets Fly Close to US Ship and Re..