A well-known rights activist in Kabardino-Balkaria, Valery Khatazhukov, dismissed the official’s figures, saying that the Kabardino-Balkarian Ministry of Interior’s claim that 130–150 republican residents are fighting in Syria “to put it mildly does not correspond with reality.” Khatazhukov, who used to head the Kabardino-Balkarian human rights center “Za Prava Cheloveka” (“For Human Rights”) before he was forced to shut it down, added: “We receive many reports from citizens that they are actually in Europe or Turkey, but they are put on the international wanted lists, because the authorities believe they are in the territory of ISIS [Islamic State of Iraq and Syria—former name for the Islamic State]. One has lived in Belgium for six years, and we have spoken on the phone with him. He is also on the wanted list. Several dozen such individuals are in Turkey. There are also many cases when residents of the republic who intended to go to Syria met members of the Circassian diaspora in Turkey and were convinced to drop such intentions. Those people constantly get in touch with us. They are prepared to return to Kabardino-Balkaria and answer all questions” (Zapravakbr.com, July 8).

It is not for the faint of heart to return to Kabardino-Balkaria once the individual has been put on the list of suspects. Khatazhukov recalled the story of Aslan Konov, who went to Turkey with the intention of joining the militants in Syria. However, after meetings with the members of the Circassian diaspora, he rejected his plans, returned to the republic, met the Federal Security Service (FSB), and was released. However, six months later, the Center for Combatting Extremism (notoriously known as Center “E”) detained Konov. “After the case of Konov, two people who we were having negotiations with about their return refused to do so”—Khatazhukov said.

The political regimes in all of the North Caucasian republics are on average more rigid than in the ethnically Russian regions of the Russian Federation. However, even among the North Caucasian republics, Kabardino-Balkaria is known for stringent police controls, which has led some observers to call the republic a “police state.” The situation probably became worse after a former top Russian police official, Yury Kokov, was appointed governor of the republic in 2014 (Onkavkaz.com, September 3, 2015).

Kabardino-Balkarian police reportedly came up with the policy of “prophylactic registration,” which consists of registering all suspected individuals and then using the lists to harass them. The head of the Mothers of Kabardino-Balkaria for Human Rights organization, Maryam Akhmetova, claimed a first grader who was the child of a slain militant was automatically put on the police’s “prophylactic list.” The family of Eduard Mironov, who was sentenced to life in prison, was forced to send his children to Europe to save them—in the literal sense—from the police. “They were forced to leave because the police constantly threatened them,” Akhmetova said. “The boy was 13, and after a year, the authorities could have prosecuted him legally under the new laws and no one could have proven that he is innocent.” Reports of Kabardino-Balkarian police using torture and other illegal interrogation methods are ubiquitous, according to the Memorial Human Rights center. So far, however, not a single investigation regarding such reports has been launched (Zapravakbr.com, July 8).

The latest “innovations” of the Russian State Duma make abuse of power by the police especially likely. With the Russian parliament’s passage of legislation introduced by State Duma security and anticorruption committee chair Irina Yarovaya, people as young as 14 years old can be legally prosecuted for not reporting the criminal intentions of individuals. Under the new law, religious missionaries must have a special mandate from the authorities to carry out religious work, and such activities must be confined to inside registered religious premises only. The new law thus essentially recreates the Soviet system of control over religion, and, as usually happens in Russia, it will almost certainly be applied selectively: Muslims will be the first to feel the brunt of the new rules while the Russian Orthodox Church is unlikely to be unaffected by it for now (Onkavkaz.com, July 2).

Despite a notable fall in the number of rebel attacks in Kabardino-Balkaria, tensions are still running high in the republic. Even if the stringent policing succeeds in rooting out religious radicals, this overly zealous approach, combined with declining standards of living, are unlikely to produce peace and stability in the republic. 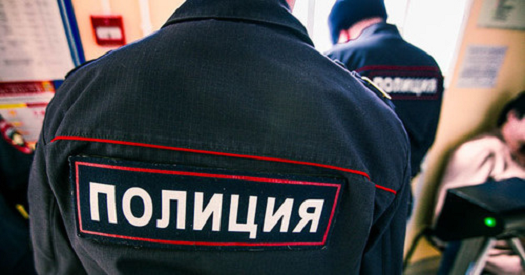 Back
Defense Minister Shoigu Reports on Russi..Next
Oscillating Between Israel and Iran, Wil..

The Jamestown Foundation was proud to host a conference on... END_OF_DOCUMENT_TOKEN_TO_BE_REPLACED

On June 6, Jamestown’s President Glen E. Howard was quoted by Task and Purpose in an article on Russia’s Chechen fighters in Ukraine. END_OF_DOCUMENT_TOKEN_TO_BE_REPLACED