On March 27, following months of preparation and Russian-led coalition military action, Damascus finally announced the recapture of Palmyra by government forces. President Vladimir Putin congratulated his Syrian counterpart Bashar al-Assad as Russian media noted a sea change in Western media coverage of the conflict. Of course, the strategic and symbolic significance of the regime’s most impressive success to date against the Islamic State (IS) was made possible by the close-air-support (CAS) operations and airstrikes of the Russian military, as well as Russian-supplied weapons, hardware and training to the Syrian Arab Army (SAA). How Moscow has engineered this advance, trained and equipped the SAA units, and provided continued airpower input into the assault on Palmyra is instructive in terms of Russia’s experimental use of asymmetric military power to further its strategic and operational aims (Vesti, March 28; Interfax, TASS, March 27).

Russian military specialists noted that the terms of the “cessation of hostilities” in Syria allowed the Aerospace Forces (Vozdushno Kosmicheskikh Sil—VKS) to pursue sorties against the IS and other groups. The withdrawal of fixed-wing assets from the airbase at Latakia was never calculated to mark Russian forces abandoning Syria per se (see EDM, March 17); the base levels seemed geared to return to around levels witnessed in October 2015. The Moscow-based military expert Aleksei Ramm suggested that the target figure for VKS aircraft at Latakia might be a reduction to 30–35, with continued triple-layer air defense, including the high-profile advanced S-400 system. Ramm also highlighted the role of attack helicopters in flying missions from Latakia against targets; since early 2016, the General Staff had pondered deploying new Ka-52 and Mi-28N attack helicopters to strengthen the squadron already operating there. The more recent decision to deploy these assets and test them in combat was driven by the need for all-weather and 24-hour capability provided by these helicopters (Voyenno Promyshlennyy Kuryer, March 23).

Putin, in the aftermath of implementing the cessation of hostilities with the support of the United States and following his well-publicized “withdrawal” from Latakia, said that the conditions had been created by the VKS to rid Palmyra—a “pearl of world civilization”—from the Islamic State. The Russian president told military personnel returning from Syria: “I am sure that soon we will see major new successes in the fight against terrorism, [by] the patriotic forces.” Consistent with this message, the top brass soon echoed the presidential assessment of the imminent fall of Palmyra. Lieutenant-General Sergei Rudskoy, the chief of the Main Operations Directorate of the General Staff, confirmed that 20–25 daily VKS sorties were aiding this mission. Dmitry Peskov, the presidential press secretary, asserted that the SAA was capable of “independently” continuing ground offensives (Vzglyad, March 20).

On March 18 the Russian Ministry of Defense admitted that operations were in progress in support of the SAA. With warnings from Moscow that the bulk of the fixed-wing assets being withdrawn from Syria could return within a few hours, it appeared that contingency plans were in place should the operation in Palmyra fail (Polit.ru, March 19; Vzglyad, March 18). Indeed, the SAA advance received not only air support from the Syrian Air Force and the VKS, but also assistance from friendly militias and foreign special forces. This included Syrian “National Self-Defense Forces” and “Desert Falcons”; foreign forces were provided by Hezbollah as well as Iraqi Shiite militias and Iranian special forces (Riafan.ru, March 21).

Russia’s defense ministry expressed satisfaction with the overall results of the VKS air campaign, maintaining that the ongoing operation to support the SAA was consistent with the provisional ceasefire deal (BMF, March 18). Yet, as the fall of Palmyra neared, the VKS also increased to 40 per day its sorties and CAS for the SAA and friendly coalition militias. Syrian media reported that the large-scale advance had involved air cover by the VKS and “massed artillery strikes,” with attacks to the west and southeast of Palmyra. By March 26, as the operation intensified, Syrian special forces “Tigers” and allied units advanced in the northwest countryside of Palmyra, preparing to enter the IS stronghold (Rusvesna, March 19).

Lieutenant-General (retired) Yury Netkachev, the former commander of Russia’s 14th Army, highlighted a number of aspects of the Russian participation in recapturing Palmyra. In his view, this was about more than the Russian use of airpower, it also reflected military assets transferred to the regime successfully using Smerch multiple launch rocket systems (MLRS) and attacking targets with the heavy flamethrower system TOS-1A, using thermobaric munitions—particularly effective against heavily fortified defenses. Netkachev added that Russian systems and hardware, including T-90 tanks and MRLSs had helped the SAA, but the fundamental issue was the involvement of Russian military advisers to train Syrian forces in their use (Nezavisimoye Voyennoye Obozreniye, March 25).

In terms of the use of VKS airpower, after the March 14 “withdrawal,” the combat exploitation of the Ka-52 and Mi28N certainly helped. These assets added to the capability to strike in desert conditions, with reported gaps in the SAA and coalition advances offset by afternoon attacks from VKS helicopters and strike aircraft, as well as night-time air operations. However, Netkachev noted that night sorties against enemy infrastructure had been exploited by Russian forces in Chechnya, raising questions as to what precisely was “new” in these Russian operations above Syria (Nezavisimoye Voyennoye Obozreniye, March 25). In recent months, a number of MSTA-B howitzers were also delivered to strengthen Syrian artillery strike options. This fits a broader picture of Russian military advisors aiding Syrian counterparts on the ground in order to effectively train these personnel in using the systems.

In addition to conducting a successful “train-and-equip” program to bolster the combat capabilities of the SAA, the Russian military used the operations in Syria to test a broad range of advanced systems and assets. It tested unmanned aerial vehicles (UAV), communications and intelligence resources, and a cluster of fixed-wing and helicopter platforms, in addition to electronic warfare (EW) systems. The former commander of the Ground Forces, Army-General (retired) Vladimir Boldyrev, explained that the Russian Armed Forces received “invaluable experience in the transportation of troops, creation of groups abroad, joint actions of different arms and services,” while “pilots had to learn a completely new theater of war” (Kommersant, March 21). But it was the relatively small, low-risk use of conventional military power to facilitate local forces that marks a successful adoption of asymmetry as a tool of Russian state power. 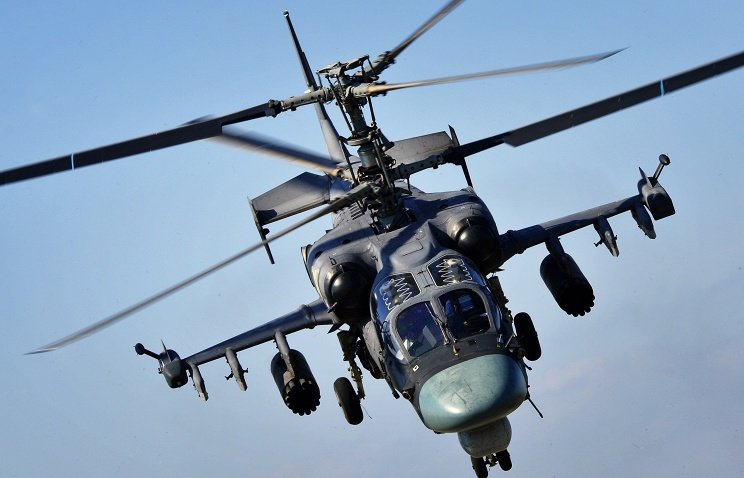 The Jamestown Foundation was proud to host a webinar on... END_OF_DOCUMENT_TOKEN_TO_BE_REPLACED

Jamestown Foundation Analyst Richard Arnold was interviewed by PolitiFact for a story on the Lie of the Year 2022, or Putin’s long list of lies... END_OF_DOCUMENT_TOKEN_TO_BE_REPLACED

The August 2022 issue of Militant Leadership Monitor starts off with a brief on Kasturi Mahkota. It also features profiles on three other militants: Abdul Rehman Makki, Suhail Shaheen, and Saad Emirati. END_OF_DOCUMENT_TOKEN_TO_BE_REPLACED