During the first half of this month (May 2–19), Estonia is hosting one of the largest military exercises in its post-Soviet history—“Spring Storm 2016” (Delfi, May 2). These war games are being carried out in the three Estonian counties that border Russia: Tartu, Põlva and Võrumaa. The military forces involved (approximately 6,000 persons) are coming from six countries of the Baltic Sea region—Estonia, Latvia, Lithuania, Poland, Finland and Germany—plus the Netherlands, the United Kingdom, Canada and the United States. In addition, Poland is contributing Su-22 strike aircraft, while the US sent F-15 fighters, heavy-lift CH-47 Chinook helicopters and multi-mission tiltrotor V-22 Osprey military aircraft. Furthermore, the UK Eurofighter Typhoon aircraft stationed at the Ämari aerodrome, in Estonia, will also be taking part.

The Spring Storm military exercises are part of a strategy aiming to foster closer ties between members and partners of the North Atlantic Treaty Organization (NATO) in the Baltic region, in the face of an increasingly bellicose and assertive Russia. At the same time, Lithuania has been working to tangibly intensify its military cooperation with Germany. Reportedly, the two governments have agreed that at least 600 members of the German Bundeswehr, along with several hundred military vehicles, will soon be deployed to Lithuania (Delfi, April 29, 2016). The ultimate number, however, will be specified after NATO’s summit in Warsaw, which will be held on July 8–9, 2016. Moreover, Lithuania is currently hosting special forces exercises, including both domestic and NATO personnel, until May 20. The geographic scope of these special forces exercises is impressive: training sites will be scattered among 16 cities, including Vilnius, Kaunas and Klaipeda (TASS, May 2).

Russia’s reaction to these activities has been confrontational. The head of the Foreign Affairs Committee in the State Duma, Alexei Pushkov, claimed that NATO is instigating a new cold war and warned that these activities will not go unnoticed. Notably, he also identified the Baltic Sea as a region of Russia’s special interests (TASS, May 2). The conservative paper Moskovsky Komsomolets hastened to compare the war games in Estonia with those routinely carried out by Russia on NATO’s doorstep. It gloatingly pointed out the extremely limited scale of the North Atlantic Alliance’s exercise, while noting that is not unusual for 100,000 military personnel to be assembled for large war games in Russia (Moskovsky Komsomolets, May 2).

Yet, such triumphalism aside, the Russian side evidently feels ill at ease with the growing NATO presence in the region. The chief editor of Arsenal magazine and a well-known Russian military expert, Viktor Murakhovsky, speculates that the Alliance’s declarative description of the exercise in Estonia seriously understates its true purpose. Murakhovsky is convinced that the true objective of Spring Storm 2016 is to establish the infrastructure necessary for larger NATO forces to be deployed in case of escalation between the North Atlantic military bloc and the Russian Federation. As he underscores, Russian military strength in the region—the core of which is made up of three divisions and the 1st Tank Army—is no match for the combined forces of all the NATO member states (Moskovsky Komsomolets, May 2). However, Russian Minister of Defense Sergei Shoigu has stated that NATO’s actions are pushing Russia to add three additional divisions before the end of the year: two in the Western and one in the Southern Military District (MD) (TASS, May 4).

Indeed, to date, in spite of the visible intensification of NATO activities in the Baltic, its regional military potential continues to look dwarfed by the number of Russian military units in the country’s west. The tentative strength of the Western MD (which borders on the Baltic states) alone is remarkable: as many as 20,000 military personnel may be involved in various exercises held in the Western MD on any given day (Nevskii-bastion.ru, February 2). Namely, in 2016, Russian military forces stationed in the Western MD are to undertake 30 major war games and 3,000 small- and medium-size drills (Klops.ru, December 10, 2015).

In this regard, Kaliningrad Oblast and its military strength (both actual and potential) deserve special attention. The most recent military exercise on this exclave notably finished on May 1 (Mil.ru, May 1). The intense militarization of this westernmost Russian region is exacerbated by the weakness of NATO’s regional presence and the limited military capabilities of Lithuania, Latvia, Estonia and even Poland, which is currently in the midst of its massive ten-year military modernization program (Niezalezna.pl, May 2). On April 15, Mikhail Aleksandrov, the leading expert at Moscow State University’s Center for Military-Political Studies (supported by the arms-industry concern Almaz-Antey), boasted that the Russian Armed Forces can establish effective control over Lithuania, Latvia and Estonia within 2–3 days, and the North Atlantic Alliance would be unable to react in time (Newsbalt.ru, April 15).

Consequently, Moscow has been testing NATO’s resolve and reaction time by continually provoking Alliance forces on the Baltic Sea. Namely, Latvia has reported that the number of Russian military jets and battleships approaching the Latvian exclusive economic zone (EEZ) conspicuously increased from 250 in 2014, to 270 in 2015 (TASS, May 2). And lately, the Russian side has not only been provoking NATO’s weakest members (as was the case previously), but US military forces as well. The number of such actions in the Baltic skyrocketed this past April, ranging from a series of dangerously close flyovers of the missile destroyer USS Donald Cook to incidents of a Russian Su-27 performing barrel rolls over a US RC-135 reconnaissance plane in international airspace (see EDM, April 21). The extremely tense atmosphere was further aggravated by Russian Foreign Minister Sergei Lavrov, who not only accused Lithuania of being the most Russophobic NATO member state (Delfi, April 29), but also ominously warned Sweden (and implicitly Finland) about repercussions that would ensue should it join the North Atlantic Alliance (Mid.ru, April 28).

Lithuania, Latvia and Estonia naturally view the strengthening of NATO forces in the Baltic Sea in a positive light, particularly for the defense of their territorial integrity. But the course and trajectory of these developments are highlighting another vital aspect: that Russia’s stated interests and assertive geopolitical ambitions in the Baltic region are growing rapidly. Moscow claims that any attempt by the West to tip the balance is likely to produce an acute reaction from Russia. Meanwhile, escalating tensions in the region will continue to intensify the anti-Western propaganda coming from Russia (for both internal and external consumption) as well as lead to the ongoing development of Kaliningrad as a Russian bastion against the West. 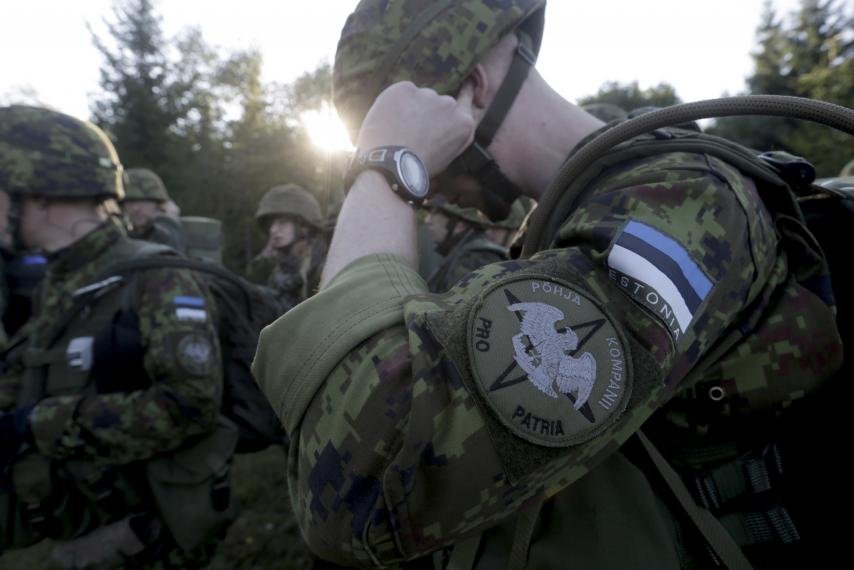 Back
Circassian Activism Appears to Be Thorn ..Next
Russia Withdraws Su-25s From Syria