On the sidelines of the March 31–April 1 nuclear security summit, in Washington, DC, the United States’ President Barack Obama made it clear to Ukrainian President Petro Poroshenko that the US will not issue $1 billion in loan guarantees to Ukraine until a new government is in place (President.gov.ua, April 1). And Vice President Joe Biden noted that assistance from international financial institutions was also contingent on the appointment of a new government (President.gov.ua, March 31). Ukraine’s economy is in better shape now than in 2014–2015, when the national currency collapsed under the weight of war in eastern Ukraine and low international prices for Ukrainian commodities. Nonetheless, assistance—particularly from the International Monetary Fund (IMF)—is essential to jump-start the country after its GDP plunged by 7 percent in 2014 and by another 10 percent last year. However, the IMF has been delaying assistance because of the government crisis (Interfax, March 3).

Yatsenyuk, if he does not resign voluntarily, can carry on at least until the next parliament session in September, as no new no-confidence motion is possible until then, according to the Ukrainian constitution. At the same time, Poroshenko has the right to dissolve the parliament and call early elections, if there is no majority coalition within one month, as is the case now. At the same time, Poroshenko wants to avoid early elections. First, his party may lose them, as recent opinion polls show (Ukraine-elections.com.ua, accessed on April 1). Second, Western creditors oppose early elections in a situation when the peace process in eastern Ukraine is far from complete. Ukraine heavily depends on international assistance, and populist factions, such as Yulia Tymoshenko’s Fatherland and Oleg Lyashko’s Radicals, are likely to defeat the more moderate parties, particularly the PB and PF, in early elections.

Yatsenyuk wants to avoid early elections for the same reasons, and he has apparently agreed to step down in order to avoid them (rbc.ua, February 26). However, it has thus far proved impossible to set up a new coalition to support a replacement for Yatsenyuk. The PB and PF have been negotiating a new coalition with all three former partners, Self-Help, Fatherland and the Radicals, who quit the coalition last year. However, no agreement has been reached thus far, as each of the three put forth conditions unacceptable to Poroshenko and Yatsenyuk.

Fatherland and the Radicals insist on cutting taxes and domestic gas prices, which Ukraine’s creditors will not accept (Espresso.tv, March 4; Pravda.com.ua, March 29). Self-Help flatly refused to join a new coalition at a meeting with the PB’s leadership, on March 31, although it offered support to a new prime minister picked by the PB and PF. But the PB and PF do not want a government without majority support from the parliament, arguing that this would contradict the constitution (Lb.ua, March 31).

As far as Yatsenyuk’s successor is concerned, the most probable candidate is parliamentary speaker Volodymyr Hroysman, who is from Poroshenko’s camp. None of the five parties participating in the talks have thus far voiced strong objections against his candidacy. Last month, the PB offered the post of prime minister to Finance Minister Natalie Jaresko as well as the mayor of Lviv and leader of Self-Help, Andry Sadovy. However, PF and Fatherland reportedly rejected Jaresko (Lb.ua, March 21; Dsnews.ua, March 22), while Sadovy declined the offer (Espreso.tv, March 15). Later on, Hroysman announced that he was ready to replace Yatsenyuk (Pravda.com.ua, March 28).

Hroysman, 38, is a former mayor of the central Ukrainian town of Vinnytsya, and he has always stood in Poroshenko’s political shadow. Thus, if the PB’s Hroysman becomes the next prime minister, Poroshenko will strengthen his grip on power. This will be a risk to Ukraine’s still-weak democratic institutions, as Poroshenko apparently prefers to govern in a top–down fashion. Moreover, recent polls show that the Ukrainian president is becoming increasingly unpopular (Ukraine-elections.com.ua, accessed on April 1), which could provide an incentive to centralize his power as much as possible. Another weakness of Hroysman is that Western creditors clearly prefer the US-born Jaresko, who is relatively independent of domestic politics and has a good track record of furthering economic reforms and negotiating assistance from international financial institutions and governments.

If the PB and PF fail to form a new coalition this spring, it will be incredibly difficult for the Yatsenyuk cabinet to continue reforms without support from the legislature—and the West will be more likely to withhold financial support. This may prompt Poroshenko to risk early elections. As a last resort, Poroshenko may try to set up a coalition with the help of defectors from other factions, according to the most recent leaks from his camp (Censor.net.ua, March 31). However, one should recall that former president Viktor Yanukovych notably tried a similar strategy several years ago, which led to political corruption on a mass scale. The stakes for Ukraine are thus very high. 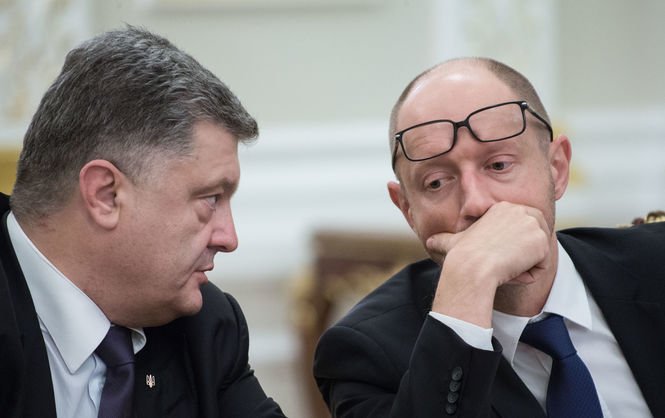 Back
Insurgent Violence in Dagestan Continues..Next
Is the Ruling Georgian Dream Coalition D..

The Jamestown Foundation was proud to host a webinar on... END_OF_DOCUMENT_TOKEN_TO_BE_REPLACED

Jamestown Foundation Analyst Richard Arnold was interviewed by PolitiFact for a story on the Lie of the Year 2022, or Putin’s long list of lies... END_OF_DOCUMENT_TOKEN_TO_BE_REPLACED