On April 14, Ukraine’s parliament replaced the cabinet of unpopular Prime Minister Arseniy Yatsenyuk with one headed by Volodymyr Hroysman, who had served as parliament speaker since November 2014. A former mayor of President Petro Poroshenko’s electoral and business stronghold of Vinnytsya, Hroysman has always been in Poroshenko’s political shadow. His political experience is no match to that of Yatsenyuk; and a new wafer-thin majority in parliament would not have appointed his cabinet but for the votes, at the eleventh hour, from two factions reportedly linked to oligarchs (Tsn.ua, April 15). In short, the starting position is not impressive. But there are signs that the new cabinet will further reforms.

Hroysman’s is neither a technocratic cabinet, which was wanted by the US-born former finance minister, Natalie Jaresko, and some Western creditors, nor does it represent a wide political spectrum. It is dominated by politicians, career bureaucrats and former investment fund managers from Poroshenko’s camp, and it includes several ministers from Yatsenyuk’s party—the People’s Front—which has formed a new coalition with the Poroshenko Bloc. Both camps were tainted by corruption allegations recently. Nevertheless, as long as it needs foreign assistance, the new government is likely to continue the reforms started by the previous one, under pressure from the creditors who, in exchange for reforms, pledged some $30 billion in assistance in 2014, following the ouster of the kleptocratic government of former president Viktor Yanukovych.

Although the economy bottomed out recently, it remains weak, so support from creditors—first and foremost the International Monetary Fund (IMF), the United States and the European Union—is essential. However, the IMF has been delaying the allocation of the third $1.7 billion tranche of its Extended Fund Facility loan since last fall, first because of differences with the government over tax policies, later on because of uncertainty over the ruling coalition and the government, and most recently the IMF was disappointed with the Yatsenyuk cabinet’s failure to increase gas tariffs for households from April 1, as agreed with the IMF last year (Epravda.com.ua, March 31).

US Assistant Secretary of State Victoria Nuland told Hroysman, on her visit to Kyiv, on April 26, that Ukraine would receive $1 billion in loan guarantees promised by Washington only when the laws needed to resume cooperation with the IMF are adopted (Zn.ua, April 27). The EU, which suspended assistance recently, also requires re-engagement with the IMF, visiting European Commissioner Johannes Hahn said (President.gov.ua, April 20). Poroshenko’s economy aide Dmytro Shymkiv noted that the parliament would need to pass 19 bills to meet IMF requirements (Liga.net, April 19). This may be an uphill struggle, given the thin majority backing Hroysman and the unpopularity of the measures supported by the IMF.

Against the odds, the Hroysman team appears determined to meet its obligations to the IMF. The new minister of finance, Oleksandr Danylyuk, said in an interview immediately after his appointment that cooperation with the IMF would be his priority number one (Gazeta.zn.ua, April 15). Hroysman said the government would have to hike gas tariffs for households, both because it had been agreed with the IMF and because artificially low tariffs are conducive to corruption (24tv.ua, April 20). Hroysman’s first deputy, Stepan Kubiv, said the government hoped to receive the $1.7 billion from the IMF by July (UNIAN, April 19).

Presenting his cabinet’s action plan to the parliament, Hroysman pledged to continue adopting EU legislative and international accounting standards as well as international management standards for state companies, ensure a transparent privatization, crack down on corruption at the fiscal service, approve a new tax code, and introduce a moratorium on changes to it (Rbc.ua, April 14). All of this is required by both creditors and the provisions of the Ukraine-EU association and free trade deal, which is yet to formally come into force.

There are no more expats among government ministers, such as Jaresko or former economy minister Aivaras Abromavicius, from Lithuania, whose accusations of corruption against the Poroshenko team triggered the government crisis last February. But the new government continues to seek expertise from foreign economists and managers. It has appointed Wojciech Balczun, who used to manage successful Polish state firms, to head the state railway company Ukrzaliznytsia (112.ua, April 20). Three former executives of multinationals, including BP and ConocoPhillips, were appointed to the five-member supervisory board of the state oil and gas behemoth, Naftohaz Ukrainy (Naftogaz.com, April 22). Ihor Smilyansky, who has worked for the KPMG consultancy in the US for many years, will head the notoriously inefficient state postal company, Ukrposhta (24tv.ua, April 20). They had been selected by the Abromavicius team, but will work under Hroysman.

Finally, Poroshenko appointed Leszek Balcerowicz, the architect of the successful Polish reforms in the 1990s, as his representative in the Hroysman cabinet. Balcerowicz will also co-chair with former Slovak Finance Minister Ivan Miklos the newly established group of advisors to support reforms (President.gov.ua, April 22). Incidentally, Miklos advised also to Jaresko and Abromavicius. It had long been rumored that Balcerowicz, who is greatly respected by pro-Western and pro–free market forces in Ukraine, would be invited to Kyiv.

Ukraine faces the formidable challenges of withstanding the hybrid war waged by Russia and turning around the economy, which is nowhere near its pre-2008 level. For the time being, the country appears on the right track, but the Hroysman cabinet has yet to make sure that deeds match words. 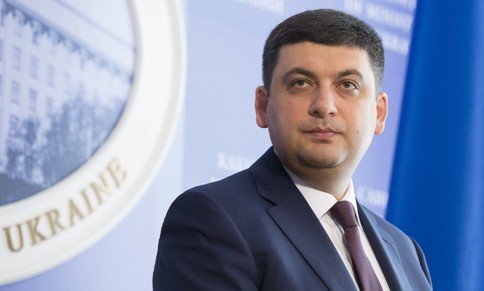 Back
Karachaevo-Cherkessia’s Leadership Sid..Next
Lukashenka’s Report to the Nation: Rhe..

On August 4, the Jamestown Foundation held a webinar  on... END_OF_DOCUMENT_TOKEN_TO_BE_REPLACED

Jamestown Senior Fellow Margarita Assenova was featured in an event with the New Lines Institute for Strategy and Policy on Capitol Hill. The event was... END_OF_DOCUMENT_TOKEN_TO_BE_REPLACED

In this Quarterly Special Report (QSR) on terrorism in post-Mursi Egypt, we focus on the changing nature of Egypt’s political transition and insurgency in the Sinai Peninsula. Since the military removed Muhammad Mursi from power, terrorism has escalated against both the military and civilians. The QSR begins with Muhammad... END_OF_DOCUMENT_TOKEN_TO_BE_REPLACED