President Barack Obama’s administration seems to pursue two contradictory goals: support Ukraine’s sovereignty and security in general terms but, at the same time, seek a short-term compromise that might satisfy Russia in Ukraine’s east. Preoccupied with “legacy” issues in foreign policy as Obama’s second and final term comes to a close, administration officials apparently aim to show some results in their crisis-management efforts—Ukraine’s east being an easier case than Syria, for example—before November’s presidential election. The administration has switched from the rhetoric of “isolating” Moscow to direct engagement with the Kremlin on Ukraine.

US Assistant Secretary of State Victoria Nuland has resumed the shuttle diplomacy in Kyiv and Moscow (June 22–24). Although the United States government had declined to participate in negotiating the Minsk armistice, and never joined the follow-up Minsk process directly, it now aims for a quick agreement bilaterally with Russia on the basis laid down in Minsk.

According to the US President’s national security advisor, Susan Rice, a significant start toward implementing Minsk “is something that could get done between now and the end of the administration, if the Russians in particular exhibit sufficient political will… We are hopeful, if the Russians want to resolve this—and we have some reason to believe they might.” Rice, who was speaking at a Washington Post event, acknowledged at the same time that the Ukrainian parliament might not adopt the legislative package required of Ukraine by the Minsk armistice (UNIAN, June 10). That legislation (see below) is what the Obama administration seeks yet again to “get done” in Kyiv, provided that Moscow stops breaching the ceasefire. Washington’s previous attempts to ensure the legislation is passed (e.g., in May and August 2015), however, backfired politically in Kyiv and went unrewarded by Moscow.

The US ambassador-designate to Ukraine, Marie Yovanovitch, has outlined the current policy in her Senate confirmation hearing: “The United States works for full implementation of the Minsk agreement, until which time sanctions on Russia will continue.” She added, “A sustained improvement in security [along the military demarcation lines] will allow Ukraine to pass a Donbas [DPR-LPR] election law, hold local elections in portions of eastern Ukraine, and implement special status and amnesty. These steps should [sic] lead to Russia’s withdrawal from Ukraine and restoration of Ukraine’s control over its side of the international border [with Russia]” (Ukraine.usembassy.gov, June 21).

The term “should,” noncommittal and hortatory, basically aspirational, is also revealing in this context. Indeed, the Minsk armistice does not require Russia to withdraw its forces from Ukraine’s territory; it does not even mention Russia in that context. Nor does Minsk stipulate the restoration of Ukraine’s control over its side of the 400 kilometer section of the Ukraine-Russia border, now controlled by Russian and proxy forces. The armistice only stipulates that Kyiv can negotiate with Donetsk-Luhansk about sharing control of that border, and only after Kyiv legalizes Russia’s proxy authorities there. The armistice allows Donetsk-Luhansk to maintain their armed forces (dubbed “irregular” on paper, but Russian-led and amply equipped with armor and artillery) as part of a would-be “special status” of these enclaves (UNIAN, Osce,org, February 12, 2015).

This armistice demands Ukrainian concessions to Donetsk and Luhansk in the constitutional and legal field, without Russian reciprocation in the military and security field. No such tradeoff exists in this armistice. Instead, it casts Russia as arbiter of an inner-Ukrainian conflict, in line with Russia’s definitions of its role and of that conflict. Ukraine’s concessions, if made, would be gratis. Moscow’s demands for legal and constitutional changes in Ukraine are actually in full conformity with the text of the Minsk armistice (UNIAN, Osce.org, February 12, 2015).

The United States had no hand in that armistice and has declined to join any negotiations format, such as the Normandy quartet (Germany, France, Ukraine and Russia), charged with implementing the Minsk armistice. Nevertheless the US helped enshrine the Minsk document promptly in a United Nations Security Council resolution (see EDM, February 23, 2015), which Moscow is fond of continually referencing as having the force of international law.

Those armistice stipulations and its loopholes, all in Russia’s favor, are worth recalling when US or European officials call for the implementation of that document. For example, State Department spokesman John Kirby, introducing Nuland’s latest mission, declared, with a sense of urgency: “As we’ve said many times, we want to see Minsk fully implemented, as soon as possible. It will be good for peace and security in Ukraine, good for relations between Russia and Ukraine, good for relations between the US and our allies and Russia” (State.gov, June 22). Similarly, the US ambassador in Moscow, John Tefft, referencing President Obama’s instructions, explained that the situation in US-Russia relations would significantly change if the Minsk document’s implementation proceeds before the US presidential election (Interfax, June 20, 27).

Such statements evince a growing sense of urgency to deal with this problem under the time constraints of the US presidential election calendar. They also show a rethinking of the overall policy toward Russia, viewing the situation in Ukraine’s east increasingly through the prism of US-Russia relations. A similar shift is proceeding even faster in Europe. The West’s collective setbacks on multiple international fronts generate the perception that Russia can help mitigate those crises, even as Russia in fact exploits and exacerbates those conflicts. 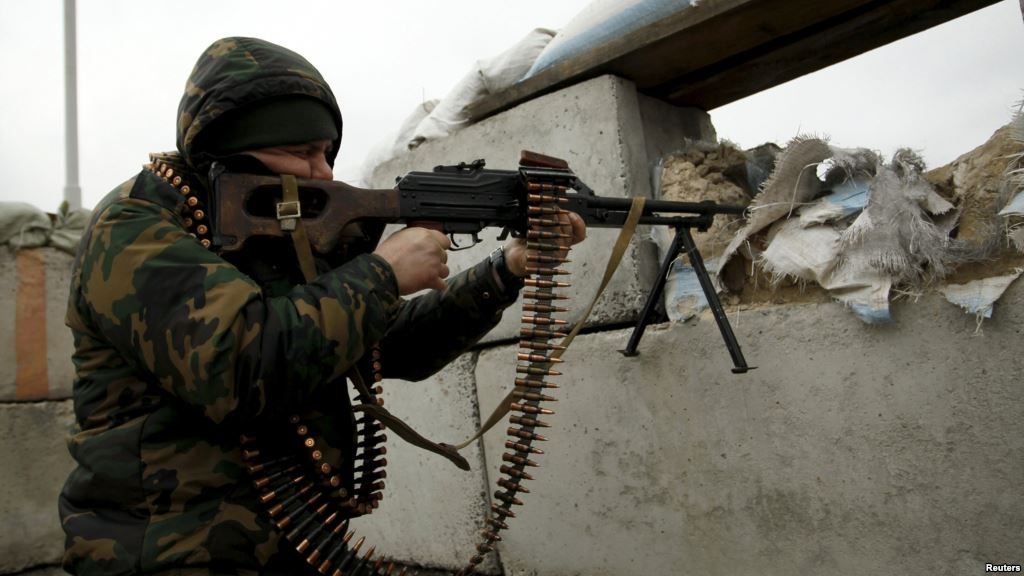 Back
US, Russia Reactivate Bilateral Negotiat..Next
The Russian Baltic Sea Fleet—A Nest of..