A recent poll among North Caucasian youth by the Russian Public Opinion Research Center (VTsIOM) found that many young people in the region disapprove of the Russian air strikes in Syria. The finding is even more surprising because it comes at the time when Russian propaganda is particularly intense and Russian citizens increasingly feel the repressive nature of the state. The survey results indicate that the gap between Muslim North Caucasians and the rest of Russia is large and possibly expanding due to Moscow’s policies in the Middle East.

VTsIOM surveyed over 3,000 respondents in six North Caucasus republics—Dagestan, Chechnya, Ingushetia, North Ossetia, Kabardino-Balkaria and Karachaevo-Cherkessia—some 500 in each. The respondents were between 16 to 29 years old. Overall, in all six republics together, 52 percent of the respondents supported the Russian army’s actions in the Middle East, 30 percent had a negative opinion about them, and the remaining 18 percent were undecided (Kommersant, June 22).

In particular, the survey asked: “What is your attitude toward the strikes by the Russian air forces on positions of the Islamic State in Syria?” The attitudes of young people across the region differed from each other quite significantly. The respondents in Kabardino-Balkaria and Karachaevo-Cherkessia appeared to be the most supportive of the Russian attacks in Syria—71 and 75 percent, respectively. In Dagestan and North Ossetia, the strikes were backed by 63 and 61 percent of the respondents, respectively. The most surprising results came from Chechnya and Ingushetia. In, Ingushetia, 64 percent of respondents said that they felt either “negative” or “sharply negative” about the Russian air strikes in Syria. Less than a third of the respondents in the republic—29 percent—felt “fully positive” and “rather positive” about Russian military operations in the Middle East. In Chechnya, only 17 percent of the respondents said they approved of Russia’s air strikes, while 29 percent were against such strikes and 54 percent declined to answer the question (Kommersant, June 22). The fact that a large percentage of respondents in Chechnya declined to answer the politically sensitive question suggests they felt it unsafe to speak their mind.

The public opposition in Chechnya and Ingushetia to the Russian operations in Syria is even more striking considering that the respondents could be targeted for it. Both republics are known for rampant violations of human rights. Yet respondents in both territories—especially Ingushetia—fearlessly testified against Russian policies in the Middle East. Experts have warned the Russian government that Muslims in Russia, who are predominantly Sunni, will oppose Moscow’s gamble in Syria, where Vladimir Putin has sided with the Alawites against the Sunni majority. By pursuing high foreign policy goals, Putin unwittingly seems to have contributed to the alienation of North Caucasian Muslims from Moscow.

The results of the survey among North Caucasian youth revealed a diversity of political opinions. In many ways, North Caucasian Muslims appear to hold opinions that are quite different from the rest of the Russian Federation. In particular, the respondents expressed tangible opposition to Russian actions in Syria and low support for Russian militarism. While the truthfulness of the responses in Russia’s current political environment is hard to verify, given the level of repression, it appears that despite the government propaganda and pressure, Muslim solidarity holds sway over the young Muslims of the North Caucasus. 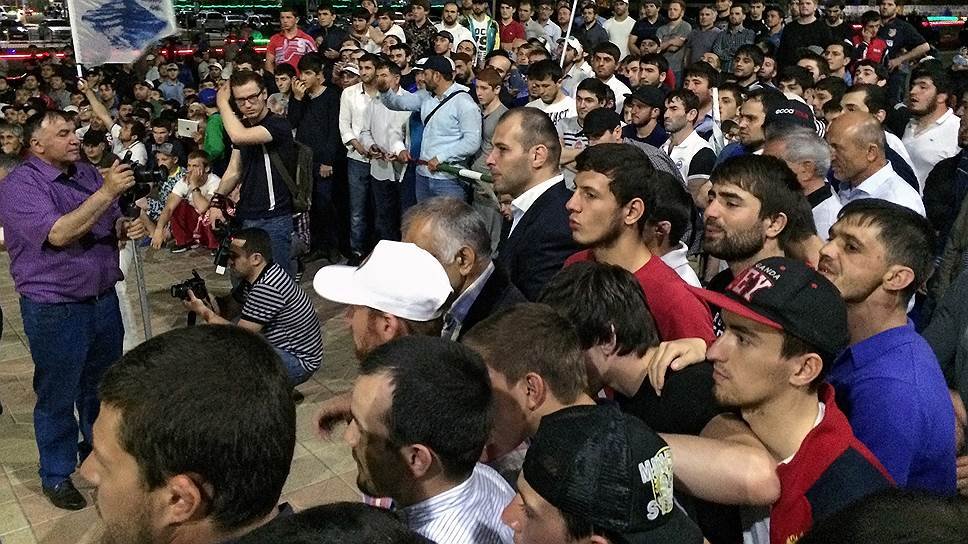