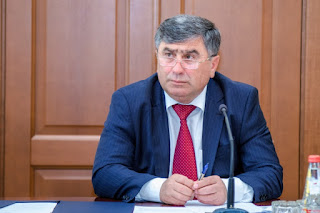 If Temrezov were to satisfy both the Derevs, by appointing their man as the prime minister, and Arashukov, by appointing him as the head of the tax collection agency, then the Karachays could be the next to revolt; together, these two positions are considered too important to be centralized under a single faction. As Temrezov paves the way for his reappointment as the governor of the republic next year, the challenges before him appear to be quite formidable, and more political tensions are likely to surface.

The Jamestown Foundation is pleased to host the webinar, “The... END_OF_DOCUMENT_TOKEN_TO_BE_REPLACED

The People’s Liberation Army (PLA) is undergoing a broad and deep transformation based on their analysis of the information technology-driven revolution in military affairs. The military reforms announced in November 2013 are intended to accelerate the long-term military modernization program that has been slowed by institutional inertia and obstruction.... END_OF_DOCUMENT_TOKEN_TO_BE_REPLACED