Political debates on NATO’s force posture in the Baltic region could have been better served by a higher degree of openness and candor in the run-up to the Warsaw Summit. Unnecessary constraints on those debates were partly responsible for delaying NATO’s arrival to the Baltic region in a military sense during the whole post-enlargement decade. Those political inhibitions also partly explain the insufficiency of the Warsaw Summit’s decisions on the Allied force posture in the three Baltic States vis-à-vis the potential threats from Russia.

On the positive side, the summit’s decisions signify that the three Baltic States’ accession to NATO is not merely a political process, which is how NATO had essentially treated it since 2004. First, NATO has now taken the initial (albeit tentative) steps toward integrating Estonia, Latvia and Lithuania into the Alliance’s defense system. Second, the three Baltic States no longer face the possibility of becoming de facto a buffer zone devoid of Allied forces (a possibility that had been discussed apprehensively in the region long after NATO’s political enlargement there). And thirdly, the Alliance’s force posture is now shifting from symbolic reassurance of the Baltic States toward deterrence of Russia, at least in aspirational terms for the time being.

Under the Warsaw Summit’s decisions, NATO shall establish an “enhanced forward presence” in Estonia, Latvia, Lithuania and Poland. This shall consist of four battalion-sized battlegroups, stationed on a “rotational basis,” but nevertheless “present at all times” in each of these four countries, beginning in early 2017. These Allied battalions, multinational in their composition, shall “operate in concert with national forces, and “underpinned by a viable reinforcement strategy” from a pool of NATO forces in Europe. NATO’s decision stipulates up front that this Allied force would “trigger an immediate Allied response to any aggression”: the allusion to a “tripwire” function seems fairly clear (Warsaw Summit Communiqué, Nato.int July 9, para. 40).

A “framework nation” is assigned to each of the four multinational battalions: the United Kingdom in Estonia, Canada in Latvia, Germany in Lithuania, and the United States in Poland. These battalion battlegroups shall provide a “persistent presence” through continuous rotations of their elements. The framework nations have “offered” to play that role; and they shall generate “voluntary troop contributions” from other Allied nations to the respective battalions. Thus, the arrangements for each nation are flexible, potentially time-limited and re-negotiable. The authorized strength is envisaged at approximately 1,000 troops in each battalion battlegroup.

Whether the US military will continue its rotational presence in Estonia, Latvia and Lithuania is not clear at this stage. The United States is currently deploying one company-size unit on continuous rotation in each of the three Baltic States. These countries are concerned to retain the US companies’ presence in the framework of the battalion battlegroups. A possible removal of the US presence (for example, in order to make troops available for stationing in Poland, or outside Europe) would seriously disappoint the Baltics.

Poland is providing an existing (Polish) division headquarters, as a basis for the establishment of a multinational division headquarters, pending agreement on the modalities by the North Atlantic Council. This headquarters is designated for command and control of the four battalion battlegroups in Poland and the three Baltic States (Nato.int July 9, para. 40).

NATO needed two years to work out a political decision to create those four battalion-size battlegroups. The 2014 Wales Summit had merely approved four US company-size units, with 150 troops each, for stationing in Poland, Estonia, Latvia and Lithuania, respectively, on continuous rotations. The 2014 summit had additionally approved four platoon-sized, non-combat NATO Force Integration Units (NFIU) to be stationed in each of those four countries. NFIUs are logistical staff units, tasked to facilitate the deployment of larger Allied units to these four countries, whether for peacetime exercises or in crisis contingencies that would involve NATO Response Forces.

The battalions themselves are not intended for defense against possible conventional military aggression. They are, rather, intended to provide the minimal level of deterrence, that of a “tripwire,” admittedly insufficient for opposing Russian conventional forces in battle. NATO’s Response Forces are tasked with defense against conventional military aggression, but they are stationed far away from the Baltic region. The battalions’ role would be to delay an invader’s advance and trigger the application of NATO’s Article V, with intervention by NATO Response Forces. The battalions themselves could, however, support the Baltic States’ forces in “hybrid” conflict scenarios, dealing for example with limited incursions by unmarked Russian special force units, paramilitary troops and local armed proxies. 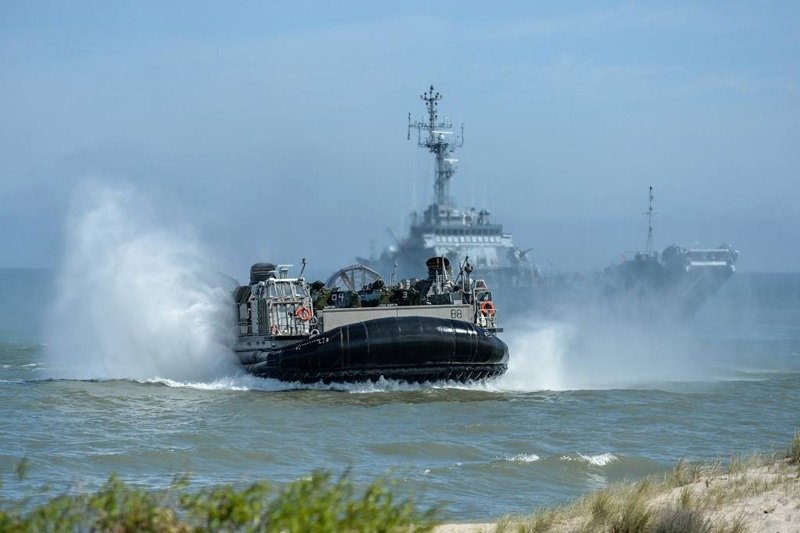 Back
Turkey-Russia Rapprochement and Prospect..Next
Attack on Gülen Movement Increasingly a..

Russia expert Richard Arnold was interviewed in a February 25 story for Vice News regarding conscious self-censorship by Russian sports stars and public figures to... END_OF_DOCUMENT_TOKEN_TO_BE_REPLACED

Pakistan’s Punjab Province is home to some of the world’s most insidious terrorist groups and Islamist political organizations. Islamist and jihadist groups, organized under different Islamic sects, have flourished in Punjab and among Punjabis elsewhere. The roots of Islamist militancy in the Muslim Punjab can be traced to the... END_OF_DOCUMENT_TOKEN_TO_BE_REPLACED