Chinese President and Communist Party General Secretary Xi Jinping has visited China’s northeastern most province of Heilongjiang. The visit, on May 23–25, included a number of towns along the border with Russia. Xi’s inspection visits are not just a prime photo opportunity. This is his third visit since 2013, and he has now traveled to all three of the provinces constituting Dongbei, China’s northeast. The visit highlighted a number of important issues, including food security, environmental protection and economic revitalization of this strategically important though declining region (Xinhua, May 25). China’s most vibrant economic centers are in the East and South, where the primary ports and factories that connect China to international markets are concentrated. But before China’s “Reform and Opening” in the late 1970s, China’s economic might was concentrated in Dongbei. The region is home to a number of China’s core industries. China’s largest oil field, Daqing (大庆油田), in Heilongjiang, is responsible for 19 percent of China’s total oil production (EIA, April 11). While the northeastern cities of Harbin and Shenyang are both home to major defense companies that respectively produce many of China’s military helicopters and advanced fighter aircraft.

The plan to improve the economy in Dongbei, “Revitalize The Old Northeast Industrial Bases,” (振兴东北老工业基地) is a national priority. The plan has been pushed by China’s central leadership since 2003, but has taken on more urgency as the core industrial and mining zones in Dongbei were hit, first by the global economic slowdown, and then by China’s own shrinking demand for steel (Xinhua, April 26).

Possible solutions for the slumping economic fortunes of the large extractive industries and steel producers have included expansion of economic ties with Russia, and building infrastructure to better deliver products from the area to markets even further away. Development of the Changchun, Jilin and Tumen River areas (shortened to “Changjitu area”) have been explicitly linked to China’s broader “One Belt, One Road” project and the China-Russia-Mongolia Economic Corridor (Heilongjiang Daily, May 25; China Brief, May 15, 2015). Given the areas’ overland connections with Russia, expanding such links could better connect industries and food producers in Dongbei to Russian, Central Asian and even European markets. Russia in particular is eager to cooperate with China to bring Russian and Chinese grain to international markets. Russia’s Minister for Development of the Far East, Alexander Galushka, has previously noted that Russia-China agricultural cooperation was a priority and that the two countries are working to create a multi-billion-dollar development fund to sell agricultural products throughout East Asia (Global Times, November 17, 2015).

However, there are widespread fears among Russian analysts and the general public that China is attempting to “annex” parts of Russia’s Far East, through buying up farmland, and the relocation of Chinese industries across the border to Russia (EDM, June 25, 2015). From Russia’s perspective, the threat of China’s economic and demographic weight is intimidating—the three provinces that make up Dongbei (not including eastern Inner Mongolia) have a population of over 110 million. But China’s factories have locally caused widespread environmental problems, prompting fears in Russia that, if transferred across the border, would result in China “offshoring” its pollution (EDM, April 28).

Perhaps to help calm Russia’s fears, during another stop on Heixiazi Island, in the middle of the Ussuri River, which forms part of the two countries’ boundary, Xi emphasized that he did not want Heixiazi to become an economic development zone (despite its proximity to Khabarovsk, Russia’s second largest city in Siberia) and that the local authorities should “preserve the environment and leave a clean sheet of paper” (Xinhua, May 25). He also met with members of the local border guard unit, encouraging them to carry out the Party’s new goals for the military and to adapt to the new requirements and responsibilities—likely referring to China’s ongoing military reorganization (Heilongjiang Daily, May 27). The border guards are responsible for a vast area, and one that in 1969 saw massive clashes between China and the Soviet Union.

The majority of Xi’s visit focused on environmental and agricultural issues. Xi met with the staff of the Yichun forest area to learn about measures to decrease commercial timber clearing (CCTV, May 24). During another stop in Heilongjiang at a rice farm in Fuyuan city, a major grain production area, Xi noted that China should shift toward a cooperative farm system (农业合作社) to ensure sufficient domestic food production. The Chinese leader has used similar inspections to highlight a number of issues that do not regularly make headlines, yet which are important for the country’s development. In July of 2015 he emphasized food security during his visit to Jilin, also a core point of visits to Henan in March of this year (People’s Daily, May 26; China Brief, March 8).

A professor at China’s People’s Agricultural University, Deng Fengtian, writing in the CCP’s journal Seeking Truth, noted that as one of China’s “breadbaskets,” Dongbei is integral to Chinese food security (Qiushi Online, May 27). Regarding Xi’s visit, professor Deng noted that the dominant agricultural system, the household-responsibility system (家庭联产承包责任制), which has made important contributions to social equality and improved the lives of many people, is increasingly mired in corruption or inefficiency due to these farms’ small size. As a result of China’s high population density and difficult geography, such farms are “too small and too dispersed.” Other factors, including an aging population, are having an effect as the average age of farmers is 57. Few young people want to stay on the farms.

China’s “rustbelt” is going through a major economic transition. Dongbei will remain an important strategic and economic corridor connecting it with Russian markets, a source of natural resources and a breadbasket to feed its population. Though China’s East and South have come to dominate the economy, the Northeast, China’s legacy industrial zone, could form an important part of its economic future. But unless this area remains a target for investment, as proposed by Xi, and if environmental considerations are not taken into account, the area will continue to decline. 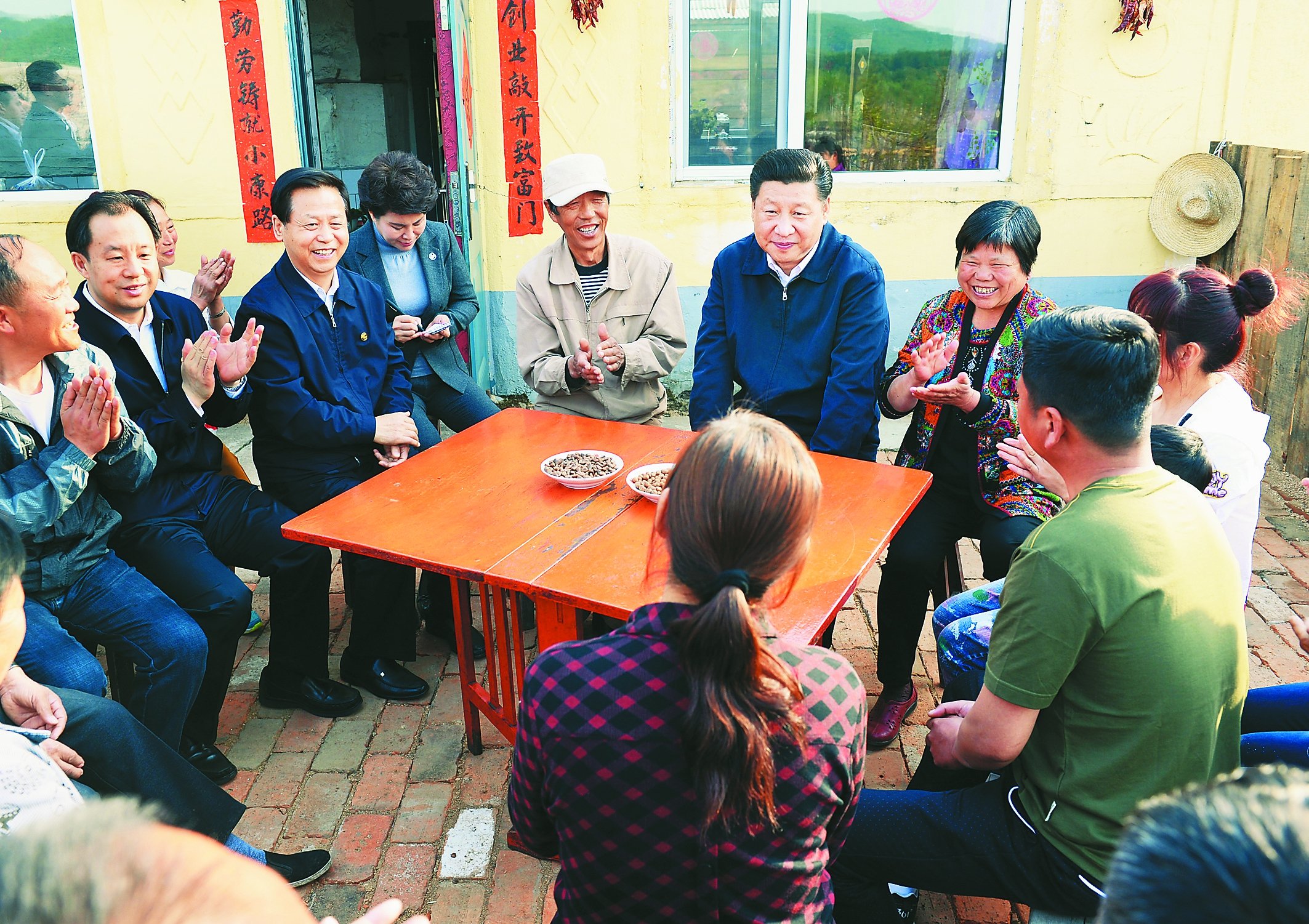 Back
Addressing Rising Business Risk in ChinaNext
Team Tsai Ing-wen: a Who’s Who of the ..

The Jamestown Foundation was proud to host a webinar on... END_OF_DOCUMENT_TOKEN_TO_BE_REPLACED

Jamestown Foundation Analyst Richard Arnold was interviewed by PolitiFact for a story on the Lie of the Year 2022, or Putin’s long list of lies... END_OF_DOCUMENT_TOKEN_TO_BE_REPLACED

Buy the Book By Thomas Kent Disinformation by Russia and its allies has increased sharply in the past decade, but Western responses have been weak and uncoordinated. Most democratic countries have relied on defensive measures, such as media literacy classes and pressure on social networks to delete Kremlin-controlled accounts.... END_OF_DOCUMENT_TOKEN_TO_BE_REPLACED