The operation in Syria is Russia’s first experience of expeditionary warfare—beyond what Moscow calls its “near abroad”—since Soviet forces left Afghanistan in 1989. The ongoing campaign in Syria, along with Russia’s 2014 annexation of Crimea, have highlighted Russian military capabilities that were absent during the war with Georgia in 2008. These newly developed capabilities are the result of military reforms initiated immediately after the Russian-Georgian war. According to Minister of Defense Sergei Shoigu, the Russian Armed Forces were able to carry out the operation in Syria due to “the efforts of the country’s leadership” to modernize “the army and fleet” (Mil.ru, July 15). Judging from Shoigu’s positive remarks, the Syria campaign is clearly seen in Moscow as a success, and its experiences will have an impact on the continued development of the Russian Armed Forces (Mil.ru, TASS, July 15). However, the operation also revealed shortcomings in terms of Russia’s military equipment. The chief of the General Staff, Valery Gerasimov, ordered these problems to be fixed by the end of year, but without mentioning any details (RIA Novosti, July 15).

The heretofore success of the Russian operation in Syria in large part was due to the leadership of Colonel-General Aleksandr Dvornikov, who was awarded the title “Hero of Russia” on March 17, 2016. Dvornikov headed the Syria campaign since September 30, 2015, but on July 1, he was reappointed to command the Southern Military District (MD) (Mil.ru, July 1). This appointment as well as the “Hero of Russia” award shows that the political and military top brass in Moscow were pleased with his role in Syria and have trust in him (Kremlin.ru, March 17). Since this past March, Dvornikov has also lost his anonymity and become a public figure, particularly following his March 23 interview in Rossiyskaya Gazeta (Rossiyskaya Gazeta, March 23). This increased public scrutiny may not be entirely to his liking, since according to those who know him, he reportedly prefers to remain behind the scenes (Ok.ru, accessed July 26).

Aleksandr Dvornikov was born in 1961 and was commissioned into the military in 1982. He has a solid background in the Ground Forces, where he served in positions from platoon commander to army commander and in most military districts (Mil.ru, accessed July 26). In April 2012, he was appointed chief of staff/first deputy commander in the Central MD, and since September 2015, he had commanded the Russian forces in Syria. This might seem somewhat odd considering Colonel-General Dvornikov’s background in the Ground Forces: at first glance, an air force officer should have been more suited to head the Syria operation, which overwhelmingly looks like a bombing and air support campaign. In fact, however, the operation in Syria is not just an air operation. It is more a combined-arms operation, which is why Dvornikov was a logical choice due to his experience at the head of the Joint Strategic Command headquarters of the Central MD.

The Russian Armed Forces’ operational procedures may also help explain why Dvornikov was chosen to command the campaign in Syria. Notably, Syrian President Bashar al-Assad asked for Russian military support in July 2015, whereas Russia’s involvement did not officially materialize until September 30 of that year. And what took place in the meantime besides political deliberations? Among other things, in September Russia held the exercise Tsentr (Center) 2015 in the Central MD. This exercise can almost certainly be assumed to have been carried out in preparation for and as a dress rehearsal for the subsequent operation in Syria (Ng.ru, September 25, 2015). Evidence pointing toward this conclusion includes the large number of aircraft participating in Tsentr 2015; the number and specific character of the air operations carried out during these massive drills (and in particular during the final phase of the exercise); as well as the building of a temporary airfield prior to its start—something done by the Armed Forces for the first time in 30 years (TASS, September 18, 2015; Hodor.lol, August 28, 2015). As chief of staff of the Central Military District, Colonel-General Dvornikov was undoubtedly deeply involved in both the planning and the execution of the Tsentr 2015 exercise; therefore, he became an obvious candidate to command the Syrian operation itself.

Dvornikov’s recent promotion to head the Southern Military District is, thus, far from surprising. The Southern MD is directly responsible for the Black Sea region and Crimea, an area currently being given high priority from a military point of view (see EDM, March 4, June 24). The Southern MD is also involved in preventing the infiltration of terrorist groups from the North Caucasus; and the MD will host the exercise Kavkaz (Caucasus) 2016 in September. In this context, Dvornikov is well suited to be the commander of the military district. As one Russian source notes: “To cope adequately with the assigned duties [requires] a strong military leader with great command and combat experience [and] having the trust of the nation’s leading persons. General Aleksandr Dvornikov is just such a military commander, who has the invaluable Syrian experience of commanding forces in complex modern warfare” (Ok.ru, accessed July 26).

Dvornikov recently visited most of the units subordinated to the Southern MD in order to become better acquainted with his new command. Additionally, he stated that his most important tasks in the near future will be to prepare for and execute the Kavkaz 2016 exercise as well as to build up the infrastructure needed to commence combat training of the western-facing 150th Mechanized Division currently being formed in Rostov oblast (Stavropolye.tv, July 5).

The experience of leading the Syrian operation earned Dvornikov the highest Russian decoration as well as command of one of Russia’s most strategically important military districts. It will be valuable to watch whether this signifies that Dvornikov is becoming one of the new rising stars within the Russian military hierarchy. 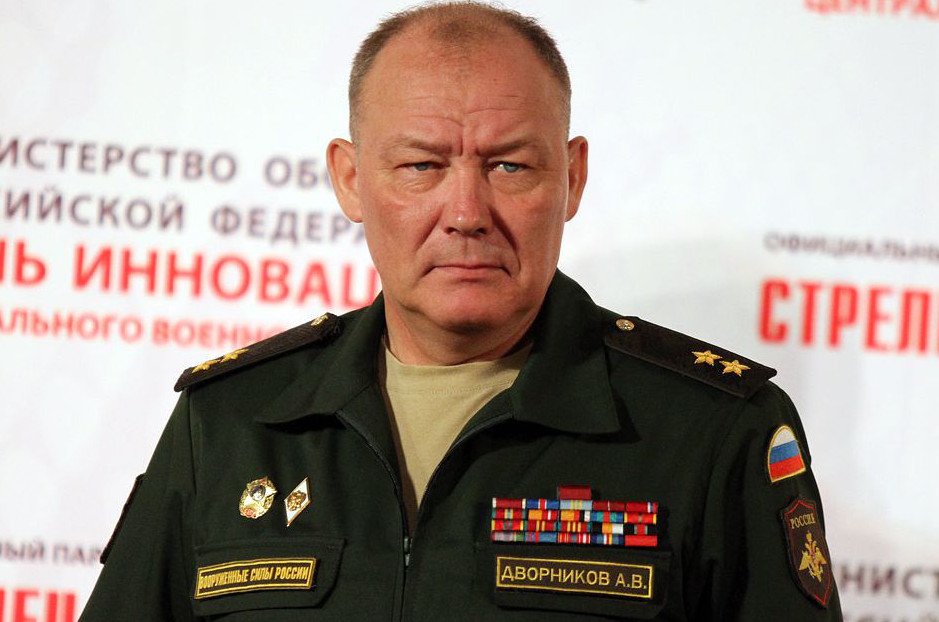 Back
Militarization of the Caspian Sea: A Zer..Next
Moscow Seeks to Put Ukraine’s Smallest..