Russia carried out mysterious snap military exercises from June 14 to 22. Although they were publicized in the media, the number of participants as well as the units involved were not mentioned. Russian Defense Minister Sergei Shoigu had announced this snap inspection on the same day it began; the exercise was meant to “check the troops’ combat and mobilization readiness.” The minister further stressed that “along with the troops’ training for their missions in armed conflicts of varying intensity and in crisis situations, it is necessary to pay special attention to the mobilization component of the Armed Forces, the status of the troops’ reserve components [as well as] weapons and military equipment stock” (TASS, June 14).

The scenario of various annual Russian strategic maneuvers regularly involves the mobilization of several hundred reservists from each military district. Such drills are designed to demonstrate readiness levels for the implementation of a partial mobilization in case of a local conflict. For example, about 1,000 reservists were mobilized in the Central Military District (MD) during last year’s Tsentr (Center) 2015 maneuvers (TASS, August 26, 2015). But now, for the first time since the collapse of the Soviet Union, mobilization stood as the main goal of the exercise carried out in mid-June. The snap exercise was held across all Russian military districts—that is, throughout the entire country. In the framework of the exercise, mobile command centers were deployed in all districts. This, most likely, means that the inspection itself was rehearsing a so-called “threat period,” during which time a war against a global adversary appears inevitable.

The fact that such specific exercises were held in the form of a snap inspection—and not as maneuvers announced in advance—was, of course, provocative. Russia announced a mobilization on the territory of the whole country, and did not mention the number of participating reservists. It is appropriate to recall that the First World War started after opposing powers began mobilizing in an effort to scare and intimidate each other. Moreover, a “snap inspection” of troops announced by President Vladimir Putin on February 26, 2014, ended with the annexation of Crimea and the beginning of the “secret war” in the eastern Ukrainian region of Donbas. But as for the June 2016 snap inspection, the Russian Ministry of Defense considered it sufficient to only inform foreign military attachés present in Moscow—and only after it already started (see EDM, June 16). The director of the Russian Ministry of Foreign Affairs’ Department of European Cooperation, Andrey Kelin, tried to legitimize the snap exercise by noting: “[Such a] drill is not found in documents relating to confidence-building measures and arms control. Well, this is actually a new form [of exercises] and nothing more. There is absolutely no violations of existing agreements here” (Moskovskiy Komsomolets, June 15).

Though the June snap inspection was carried out in all four military districts and professed to cover the whole of Russian territory, it was in fact a bit more limited. According to defense ministry statements, only units located in Leningrad and Omsk oblasts as well as Primorsky and Krasnodar krais took part. A unit of the Western MD artillery brigade, manned with reserve servicemen, practiced firing Msta-B 152-milimeter howitzers at the Luga range, Leningrad oblast (Mil.ru, June 21). In the Southern MD, a signal company formed from reservists received equipment at their base and then marched 200 kilometers to Molkino, in Krasnodar krai (Mil.ru, June 18). Reservists making up part of a regular infantry fighting vehicle (IFV) unit participated in tactical and shooting exercises in Omsk oblast. And reportedly, the mobile command center of the Eastern MD was deployed under field conditions and practiced dealing with a simulated chemical attack (Mil.ru, June 22).

Defense ministry statements suggest that the reservists called up to take part in the June snap exercises were incorporated into pre-existing brigades and battalions. This contradicts years of statements by military officials insisting that all Russian units are fully manned at all times. As such, this means that a functioning system of reserves in the Armed Forces does not currently exist. This is a problem that became evident as soon as the previous Russian defense minister, Anatoly Serdyukov (2007–2012), had started his reforms. Specifically, Serdyukov rejected the concept of mass mobilization and eliminated the skeleton units that had to accept reservists in case of mobilization. The question arose: How, then, should those thousands of reservists called up in a crisis be organized?

From 2013, a new reserve mobilization system was officially established in Russia. After completion of conscript service, troops were now able to voluntarily sign a contract to serve in the reserves. They would receive a modest monthly compensation for their service—officers were to be paid approximately $120 and privates about $70 per month. To maintain this status, a reservist would have to be able to regularly pass training in special reserve units, which were to be created in each of the military districts. Defense Minister Shoigu promised that four reserve armies would be formed. But in 2013, there were no money in the budget for this project’s implementation. It was not until July 2015 that Putin signed a decree to carry out this “experiment.” The number of reservists currently participating in the “experiment” is unknown. In 2013, it was reported that the number should be 9,000 (Topwar.ru, March 14, 2013). But according to Franz Klintsevich (at the time, a member of the Duma Committee on Defense), financial problems have forced a postponement of the formation of the new reserve system until 2016 (Interfax, September 11, 2015).

Thus, not much in terms of reserve mobilization could be tested during this month’s snap inspection. A new system of reserve mobilization has, at best, existed for only six months so far. No conscripts resigned during this period; therefore, military commanders could not have received any new reservists in this manner. Apparently, only so-called “organizational arrangements” could be fulfilled during this time. Nonetheless, reserve commands were established in each military district. These are charged with calling up reservists, forming units, and maintaining the weapons and military equipment intended for the reservists. Bases for storage and repair as well as military commissariats are subordinated to these commands (Voenno-Promishlennyi Kurier, June 22).

Seemingly, the only aspect of the new reserve mobilization system that June’s snap inspection could really evaluate was the condition of the military equipment that had been transferred to the reserve commands. And for now, at least, the formation of separate reserve units looks unlikely. 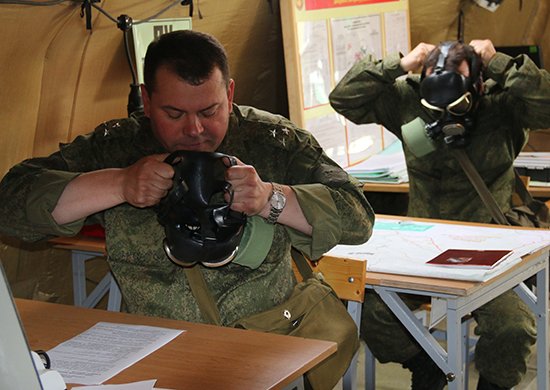