NATO’s summit communiqué and a post-summit statement by Secretary General Jens Stoltenberg indicate that the Alliance’s next meeting of defense ministers will reconsider Romania’s initiative to establish a framework for joint naval exercises by riparian and non-riparian NATO allies in the Black Sea. Romanian President Klaus Iohannis has announced that Romania will persist with this initiative (see EDM, June 24, July 15, 18).

The riparian allies Bulgaria and Turkey did not support Romania’s initiative at this summit. Their support would have been a minimal precondition to approval by the Alliance. For a successful reconsideration down the road, a pre-coordinated stance of the three riparian countries will be required. This would in turn enable the United States to support the initiative. Bulgaria’s reasonable concerns need to be addressed (which seems feasible) while the ramifications of Turkey’s internal and external crises will need to be circumnavigated (a daunting task after the July 15–16 coup attempt there).

Bulgaria’s head of state and its foreign affairs and defense ministers had apparently endorsed Romania’s proposal in general terms, until Prime Minister Boyko Borissov overruled them shortly before NATO’s summit. From June 16 onward and continuing after the summit, Borissov came out squarely against the proposal. The other three aforementioned officials, however, called for a proposal with NATO’s direct involvement, as reinsurance against possible Russian counteractions. These Bulgarian pro-NATO officials are wary about a “regional,” i.e. trilateral format (Romania-Bulgaria-Turkey) of the riparian allies. Instead, they seek a wider format with the participation of NATO allies and a political link to NATO.

Defense Minister Nikolay Nenchev went on record with these positions:

President Rossen Plevneliev (who will step down when his term expires in October) also went on record as follows:

In contrast to those carefully considered views, Prime Minister Borissov’s response sounded improvised in content and emotional in form. Apparently he had not attentively studied the Romanian proposal ahead of President Iohannis’s June 16 presentation of it in Sofia. Borissov’s spontaneous responses:

An emotional and colorful style is a Borissov characteristic regardless of the topic at hand. In this case, his remarks were hasty, not well prepared and, therefore, possibly open to his reconsideration. Borissov is one of the most pro-Western prime ministers in Bulgarian history, opposes Russian influence in the country, and has (albeit reluctantly) liquidated Russia’s largest-ever energy projects in Bulgaria (Burgas-Alexandroupolis oil pipeline, Belene nuclear power plant and South Stream gas pipeline), at considerable political risk to his government and himself. At present, his Western-oriented government holds a fragile parliamentary majority, could hardly risk pre-term elections, and cannot be certain that Plevneliev would be replaced by a similarly pro-Western head of state.

It would be wrong to blame Bulgaria’s response on traditional Russophilia in the country, although the government must take that sentiment among voters into account when setting foreign policy. The defense and foreign affairs ministers, as well as the head of state, have actually called for greater NATO involvement in the proposed joint exercises, as a reinsurance measure vis-à-vis Russia (see above).

All this suggests that Romania’s initiative has fair chances of success with Bulgaria, if the government’s views are duly tested and taken into account. 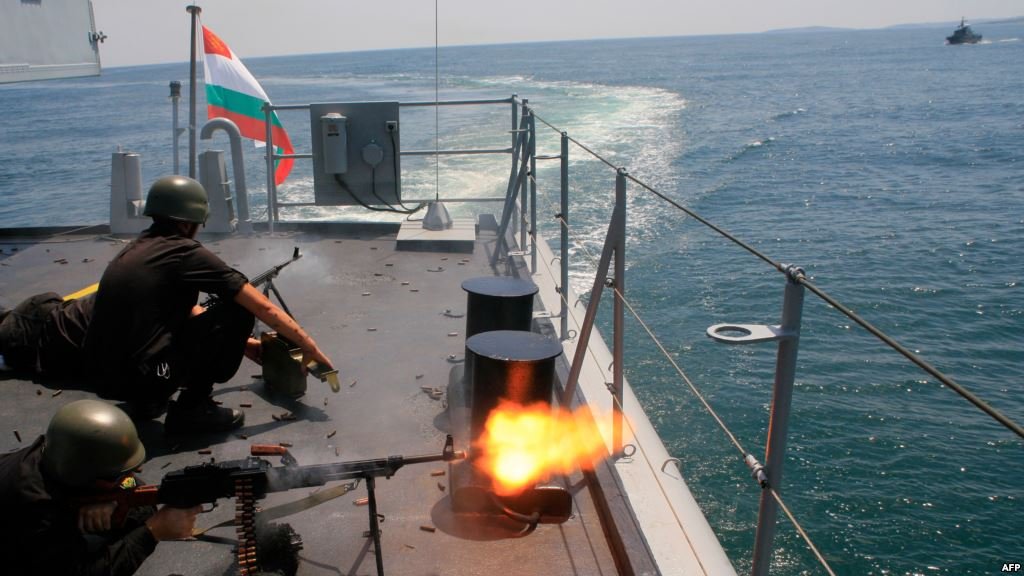 Back
Moscow ‘Bypassing’ Armenia to Reach ..Next
Russia’s Western Flank: A Mighty Pilla..

The Jamestown Foundation was proud to host a webinar on... END_OF_DOCUMENT_TOKEN_TO_BE_REPLACED

Jamestown Foundation Analyst Richard Arnold was interviewed by PolitiFact for a story on the Lie of the Year 2022, or Putin’s long list of lies... END_OF_DOCUMENT_TOKEN_TO_BE_REPLACED

The Occasional Paper, entitled “Northern Nigeria’s Boko Haram: The Prize in Al-Qaeda’s Africa Strategy” is now available for purchase on our website. This Occasional Paper examines the evolution of al-Qaeda’s Africa strategy from its focus on East Africa in the 1990s to the entire African continent by the mid-2000s.... END_OF_DOCUMENT_TOKEN_TO_BE_REPLACED