Before, during, and after NATO’s summit, the Turkish government maintained silence on Romania’s initiative to establish a framework for joint naval exercises by NATO allies, riparian and non-riparian, in the Black Sea. NATO’s Warsaw summit resolved to defer consideration of this proposal until October. Romanian President Klaus Iohannis announced that his country would continue working with Turkey, Bulgaria, and NATO authorities to promote this initiative (see EDM, June 24, July 15, 18, 19).

This task becomes even more difficult after the attempted coup d’état by elements of the Turkish military on July 15-16. The event itself, and the methods employed by President Recep Tayyp Erdogan’s counter-coup, have destabilized Turkey’s armed forces, state institutions, and relations with the United States and NATO, while accelerating Ankara’s rapprochement with Moscow. These consequences will affect security arrangements in the Black Sea basin and NATO’s posture there, including Romania’s proposal for a rotational presence of non-riparian allies’ warships in the Black Sea.

For NATO to bring this initiative to fruition, the consent of Turkey within the terms of the Montreux Convention is a sine qua non. Romania’s proposal coincided fortuitously with the rift between Turkey and Russia, following Russia’s military intervention in Syria since the autumn of 2015. The ongoing changes in Turkey, however, will make it even more difficult than it already was to obtain Turkey’s consent to Romania’s proposal.

Long before the present crisis, Turkey was reluctant to accept NATO in its collective capacity to be present in the Black Sea. Instead, Turkey allowed warships of individual NATO member countries (the United States and others) to enter the Black Sea, more or less regularly, for port calls and joint exercises with riparian navies. For their part, NATO allies carefully complied with the limitations of the Montreux Convention in terms of tonnage and length of stay of their warships in the Black Sea. The allies respected Turkey’s view of that document as sacrosanct. Turkey’s military was in full agreement with the country’s civilian governments on keeping NATO (collectively) out of the Black Sea.

Turkey blocked NATO’s proposals to allow Operation Active Endeavor (2001-2016), an Allied naval operation, to be extended from the Mediterranean into the Black Sea. Although NATO’s proposals were compliant with the Montreux Convention, Turkey saw this operation as a collective one and blocked it, not least for that political reason. In August 2008, unilaterally interpreting the Montreux Convention, Turkey blocked the passage of an unarmed U.S. transport and hospital ship en route to Georgia during the Russian invasion of that country.

Throughout that period Turkey opted to maintain, de facto, a Turkish-Russian naval condominium in the Black Sea. Not least for reasons of prestige, Turkey deemed the naval condominium with Russia preferable to a NATO collective rotational presence, not to mention a Turkish-Romanian-Bulgarian grouping.

That condominium’s military and political expression – perhaps more political than military – became “Blackseafor,” a format for regular naval exercises of all six riparian countries, four of whose navies were dwarfed by the other two. This format played into Russia’s hands by excluding non-riparian NATO allies. After the Russian navy’s 2008 assault on Georgia that destroyed Georgia’s coastal guard fleet at anchor in Poti, Blackseafor continued its regular activities as if nothing had occurred. All of Blackseafor’s decisions and indeed all discussion items could only be adopted by consensus, i.e. subject to Russia’s veto, turning Blackseafor’s “security and confidence-building” purposes into an OSCE-like farce. Russia’s seizure of Crimea from Ukraine in 2014 finally sank Blackseafor. That remains an object lesson to anyone in NATO who, after the Warsaw summit just held, would still consider options for another maritime security solution through “regional efforts by the Black Sea littoral states” – i.e., jointly with Russia (Summit Communique, Paragraph 23).

For its part, Turkey maintained privileged economic and political relations with Russia, notwithstanding Russia’s seizure of Crimea and active war in Ukraine. It was only after Russia’s military intervention in Syria that Erdogan turned against Moscow – a shift highlighted by Turkey downing a Syria-based Russian warplane in November 2015.

During that phase of tensions with Russia, Erdogan seemed alarmed by Russia’s intentions in the Black Sea. In April, he reproached the visiting NATO Secretary-General, Jens Stoltenberg: “You are not visible in the Black Sea, your invisibility turns this sea into a Russian lake. Incongruously, Erdogan continued: “We should follow an approach of regional inclusiveness. We will keep sharing our approach with riparian countries.” In the latter vein, Erdogan told a conference of Balkan countries’ chiefs of defense in Istanbul: “We should transform the Black Sea into a basin of stability again, based on cooperation among the riparian countries around the Black Sea” – implicitly, back to naval condominium (Hurriyet, June 17).

Just ahead of NATO’s summit, Erdogan publicly apologized (Anadolu news agency, June 27, 29) to Russian President Vladimir Putin over the downed plane, evidently anxious to restore Turkey’s economic ties with Russia and apparently to seek a modus vivendi with Russia in Syria. In that context, Turkey could not be expected to endorse Romania’s naval initiative at NATO’s summit. In the wake of the July 15-16 putsch in Turkey, the two presidents agreed on an early August date for Erdogan to visit Russia (Anadolu, July 21). The Turkish side tends to use the term “normalization” while Russian officials seem to avoid that term as of now.

In the short term at least, Turkey’s credibility and value as a NATO ally looks severely diminished. The army, navy and air force are now undergoing the third massive purge of the officer corps, after the Ergenekon and Balyoz (sledgehammer) (politically motivated purges of the military in 2007-2013, jointly orchestrated by Erdogan with the Gülenist network – see below).

The United States now risks a forfeit of its remaining influence in Turkey. Erdogan and his followers blame the putsch on the U.S.-based cleric Fetullah Gülen and his covert network in Turkey, demanding Gülen’s extradition. Legally, the Gülenists’ involvement in the putsch is far from proven. Politically, however, the decisive facts are that the U.S. needs Turkey – regardless of how this happened – more than the other way around; that Russia has much more to offer as an economic partner to Turkey; and that Erdogan and his followers implacably pursue the Gülenist movement as their main enemy, without appreciating U.S. legal technicalities. They simply hold the United States responsible for harboring the movement’s leader and his operating base. Top U.S. officials initially indicated that the U.S. would not, and could not, extradite Gülen to Turkey. The Turkish pro-Erdogan daily Sabah, however, has suggested that Gülen be deported to a third county, as a face-saving solution for all concerned, and even that Washington would consider discussing with Ankara the possibility of extradition (Sabah, July 20, 21).

At this point, the Gülen issue could make or break U.S.-Turkey cooperation. Relations could deteriorate further if a resolution of the Gülen issue is delayed by U.S. presidential election. U.S. influence with Erdogan’s government seems now at an all-time low. For several days after the coup attempt, Turkish authorities disrupted some of the normal daily work at the Incirlik air base, which the United States regards as its most valued asset in Turkey. Mutual alienation will increase further if Erdogan proceeds with an indiscriminate crackdown on legitimate political opponents and amasses even more personal power unconstitutionally. In that case, the United States might respond with public remonstrations, and Putin would exploit the rift.

Turkey’s rapprochement with Russia seems imminent, driven largely by Turkey’s economic interests and dependence on massive Russian-generated revenues – Turkish exports of goods and services to Russia, Russian tourism to Turkey – but also partly motivated by Turkey’s unprecedented vulnerability in the south. There, Russian forces have entrenched themselves in Syria, shoring up Erdogan’s enemy Bashar al-Assad, while U.S.-armed Syrian Kurds are setting up de facto cantons in the vicinity of Turkey’s Kurdish-populated territory, infuriating Ankara.

With U.S. influence currently at an all-time low in Turkey, Erdogan turning to Russia for support from a position of unprecedented Turkish vulnerability, turmoil in state institutions, and destabilized armed forces, Turkey cannot be expected to consider proposals for NATO-led security arrangements in the Black Sea region.

At this point, the interested NATO member countries could do their best to preclude another “Blackseafor”-type, “inclusive” maritime security solution with Russia. This would achieve neither security nor “confidence building.” Russia’s position is convergent with Turkey’s position in recent decades. Russia tolerates exercises and port visits in the Black Sea by warships of individual NATO non-riparian countries. But it opposes a multinational format that would include warships of non-riparian countries while excluding those of riparian Russia. 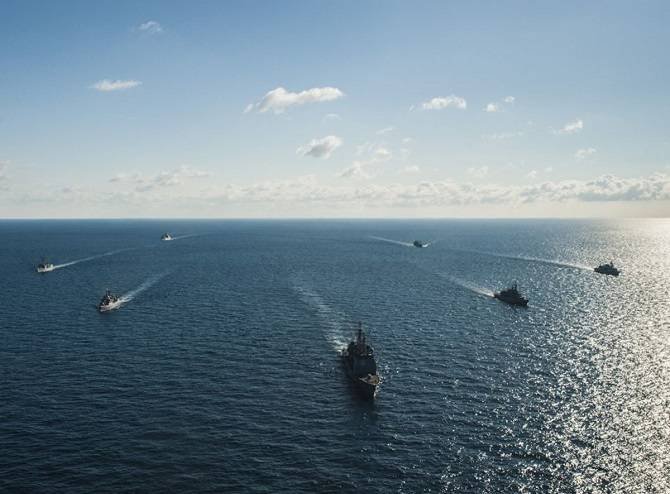 Back
Depopulation—Invisible Threat to Latvi..Next
Missile Defense in Korea Further Roils U..

On August 4, the Jamestown Foundation held a webinar  on... END_OF_DOCUMENT_TOKEN_TO_BE_REPLACED

Jamestown Senior Fellow Margarita Assenova was featured in an event with the New Lines Institute for Strategy and Policy on Capitol Hill. The event was... END_OF_DOCUMENT_TOKEN_TO_BE_REPLACED