Europe is not the only theater of acute discord between Russia and the United States; nor is the alleged militarization of the North Atlantic Treaty Organization (NATO) the only issue that angers Moscow in this context. Russian ire over US policy also focuses on, and perhaps even prioritizes, the advent of missile defenses in both Europe and Asia as a threat to Russian interests. In particular, Moscow has voiced anger at the joint US–South Korean decision to emplace the Terminal High Altitude Area Defense (THAAD) missile defense network in South Korea to defend it (and Japan) against potentially incoming North Korean missiles, either conventional or nuclear. A major reason for Russian opposition to this deployment is that THAAD’s X-band radar can spot missile launches as far as 2,000 km away and, in terminal mode, at a distance of 600 km. Hence, South Korean operators will be able to see Russian missile launches in Siberia and the Russian Far East (RT, Asia Times, July 8).

Russian opposition to missile defense in East Asia shares common roots with the equally (if not more) staunch opposition to such deployments in Europe, going back a decade if not more. Not surprisingly, therefore, Russian officials, including the Russian ambassador to Seoul, Alexander Timonin, have gone on record to say that THAAD is a direct threat to Russia’s security (Sputnik News, July 11).

Beijing resolutely echoes Moscow’s vociferous hostility to the deployment of THAAD batteries in East Asia. Russia and China’s joint opposition to THAAD also derives from the fact that a missile defense system is believed by both governments to be able to negate their own capabilities (or simply threat) to launch conventional or nuclear missiles against the US, Japan or South Korea. In other words, it deprives them of either the option of a first strike or of a second-strike retaliation and thus upsets their concepts of both crisis stability and strategic stability. Both sides signed a declaration on strategic stability during President Vladimir Putin’s last visit to Beijing. The document links nuclear arms reduction to the balance of powers in conventional arms and non-interference in domestic affairs. Hence, to Moscow and Beijing, THAAD’s emplacement directly contravenes their joint approach (Vedomosti, July 12).

Certain Russian writers argue that by placing missile defenses in South Korea that deployment will somehow contribute to the further destabilization of the region and goad or provoke North Korea into even more unacceptable steps (Interfax, July 8). Yet, such an argument disregards the fact that it was North Korea’s already outrageous steps in both conventional and nuclear missile programs that had driven the South Korean government to accept THAAD in the first place. Nor do Russian writers seem to take into account the likely probability that a defenseless South Korea would invite even more trouble from its belligerent northern neighbor. Nevertheless, many Russian experts have adopted the above-cited attitude despite the fact that at least some of their colleagues acknowledge that the situation in the Korean peninsula is, in fact, (to use their word) “boiling” (Rossiyskaya Gazeta, March 9). Indeed, Konstantin Kosachev, the head of the Federation Council’s (upper chamber of the Russian parliament) Foreign Affairs Committee, claimed North Korean behavior is merely being used as a pretext for South Korea’s decision, which itself will end up provoking North Korea into even more risky steps (Interfax, July 8). This, of course, is a perfect example of blaming the victim.

It appears that Moscow sees no reason for THAAD deployments to the region, because, after all, North Koran missile launches do not threaten Russia. And this attitude persists regardless of the fact that such North Korean missiles could be armed with nuclear warheads, thus violating international treaties and resolutions to which Russia is a party, such as the Nonproliferation Treaty and innumerable United Nations resolutions on Pyongyang’s nuclear weapons and ballistic missile tests. And even if these tests are “undesirable” for Russia, Moscow is still not willing to acknowledge that South Korea and Japan have the right to defend themselves against unacceptable and particularly consequential threats like missiles and nuclear weapons (Interfax, July 9).

Finally, beyond all the specious or self-serving arguments advanced by Russian spokesmen, it seems that what might be most alarming to Moscow and to Beijing is the fact that by its decision to host THAAD elements on its territory, South Korea has reaffirmed its close cooperation with the US military. Furthermore, they see Seoul as going back on its previous assurances that it would not join the US Ballistic Missile Defense (BMD) program. Therefore, as Kosachev observed, “we and our Chinese colleagues” will have to respond to this move that diminishes regional stability and the global balance. In other words, the presence of THAAD in Korea further cements the South Korean–US alliance while driving Russia and China closer together (Interfax, July 8).

What all this ultimately means is that in its hostility toward Washington, the Kremlin has become blind to the conclusions of its own analysts. Namely, the Russian government has become ideologically dismissive of the notion that North Korea’s behavior is so provocative that its neighbors have had to make highly consequential and unprecedented decisions to defend themselves. Nor does Moscow appear ready to admit that Sino-Russian encouragement of Pyongyang or their tendency to blame Washington and Seoul (if not Tokyo) first merely brings about what they have most feared since the time missile defense in Asia became an issue: THAAD is but a symbol of the developing security integration among South Korea, Japan and the US. The consequences of Moscow’s stance are already making themselves felt regionally, particularly in the decline of Russian ties to South Korea (Valdaiclub.com, July 19)—another nail in the coffin of Russia’s so-called pivot to Asia. 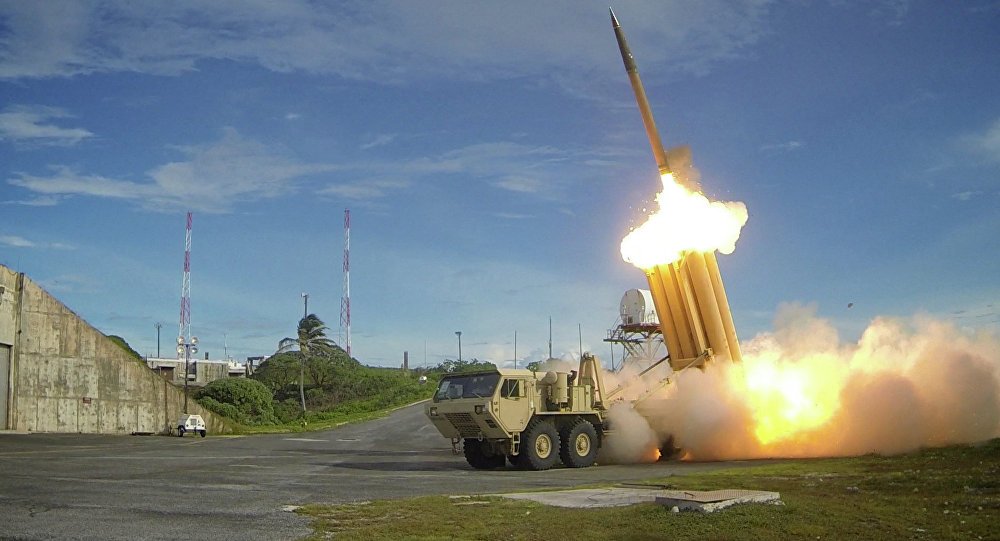 The Jamestown Foundation was proud to host a webinar on... END_OF_DOCUMENT_TOKEN_TO_BE_REPLACED

Jamestown Foundation Analyst Richard Arnold was interviewed by PolitiFact for a story on the Lie of the Year 2022, or Putin’s long list of lies... END_OF_DOCUMENT_TOKEN_TO_BE_REPLACED

PLA Air Force, Naval Aviation, and Army Aviation Aviator Recruitment, Education, and Training By Kenneth W. Allen Available for Free Download at the Bottom of the Page This report provides an overview of the People’s Liberation Army Air Force (PLAAF) aviation branch’s aviator recruitment, education, and training. Although the focus of the... END_OF_DOCUMENT_TOKEN_TO_BE_REPLACED