The Islamic State’s sudden capture of much of northern Iraq, including the country’s third largest city of Mosul, and the resulting collapse of the Iraqi Army, in June 2014, was a turning point for Shi’a militias in the country. Formerly sidelined, these groups have now been able to use the fight against the Islamic State to vastly restore their political and military power. A key trigger was the fatwa (religious edict) issued on June 13 by Iraq’s highest ranking Shi’a cleric, Grand Ayatollah al-Sayyid Ali al-Husseini al-Sistani. Sistani’s fatwa called upon “all able-bodied Iraqis” to defend the country, and “to volunteer into the security forces”, an action which Sistani described as “wajib jihad al-kafai,” i.e. an obligation to defend the country and its people (Sistani.org, June 13, 2014). On June 15, two days after the fatwa, Falih al-Fayyad, the government’s national security advisor, announced the then-prime minister, Nuri al-Maliki, had ordered the establishment of the “Hashd al-Sha’abi,” or Popular Mobilization Forces (PMF), an umbrella organization for the newly resurgent Shi’a militias, in order to manage the tremendous flow of the Shi’a volunteers, and to organize their recruitment, equipping and deployment (Herak, July 7, 2014; al-Sumaria, January 15). It is estimated that close to a million volunteers answered Sistani’s call and signed up in the following weeks and months (Buratha News, October 18, 2014). Some of the most important militias under the Hashd al-Sha’abi include the Badr Organization, Saraya al-Salam, Asa’ib Ahl al-Haq, Harakat Hezbollah al-Nujaba, Saraya Taleaa al-Khorasani and Kata’ib Imam Ali.

Hashd al-Sha’abi consists of around 40 predominantly Shi’a paramilitary forces groups, including thousands of well-equipped fighters (there are no verified numbers available), with insignificant numbers of Sunni recruits (Noon Post, January 12; al-Araby, January 4). Hashd al-Sha’abi is assisted by Iran via General Qasem Soleimani, the head of Iran’s elite Quds Force, the overseas paramilitary wing of the Islamic Revolutionary Guard Corps (IRGC-QF), which directly reports to Ayatollah Ali Khamenei, Iran’s supreme leader. From the start, Iraq’s existing Shi’a militia groups played a significant role in Hashd al-Sha’abi, which in turn legitimized their own presence and activities (Herak, July 7, 2014). Hashd al-Sha’abi’s most powerful figure is its deputy chairman, who goes by the nom de guerre Abu Mahdi al-Muhandis but was born as Jamal Jafar Ibrahim. Al-Muhandis spent ten years in Iran where he built close relations with the IRGC as the commander of Badr Brigade in 1985, which was based in Iran and fought against Saddam’s regime (Qanon, March 12). He has strong, long-established relations with the key figures in the Iranian security establishment (al-Araby, January 4).

Hashd al-Sha’abi is funded by the Iraqi government, which not only provides the fighters’ salaries but also its military capabilities; the Iraqi parliament has even allocated funds in the country’s budget for the group (al-Rafidayn, December 25, 2014; Rudaw, January 29). The Iraqi prime minister, Haider al-Abadi, has meanwhile praised its guerrilla warfare skills (al-Sumaria, February 24). In addition, Hashd al-Sha’abi’s “Media War Team” provides morale boosting battlefield updates and propaganda videos (for instance, showing footage of Shi’a fighters set to war songs) through YouTube, Twitter and Facebook. [1] The largest and most powerful groups with Hashd al-Sha’abi are:

The most powerful Shi’a militia within Hashd al-Sha’abi, the Badr Organization, was founded in Iran in the early 1980s. It mainly consisted of the Iraqi soldiers and officers who had defected during the Iraq-Iran War, and was also the military wing of the Iran-backed Islamic Supreme Council for Islamic Revolution (renamed the Islamic Supreme Council in Iraq in 2007). In 2003, it changed its name from the Badr Brigade to the “Badr Organization for Reconstruction and Development” to indicate its expanded political ambitions. In 2012, however, the Badr Organization split away from the Islamic Supreme Council, and is now headed by the former Iraqi transport minister Hadi al-Ameri, who has close relations with Soleimani. Badr follows the Khomeinist doctrine of “Wilayat al-faqih,” in which an Islamic jurist (faqih) leads the government. Therefore, the group principally follows Khamenei (Raseef, February 25; Musings on Iraq, January 20). [2]

Badr has around 20,000 fighters, mostly experienced veterans, with its military capabilities directly supported by Baghdad and Tehran. Many prominent figures in Badr are government officials, such as Iraq’s interior minister, Muhammad al-Ghabban (al-Alalam, October 18, 2014). Badr’s high-level connections in both Iran and Iraq have emboldened it to enlarge its presence in recent months and increase its leverage among the Shi’a militias in the fight against the Islamic State, in which it plays a leading role. The Badr Organization has also been active in Syria where it lost one of its military commanders, Shaykh Qusai Qazi al-Tamimi (ABNA, April 9, 2014). [3]

The Saraya al-Salam militia was formed in June 2014 by Muqtada al-Sadr, the leader of the Sadr movement and prominent Shi’a cleric, in response to the Islamic State’s territorial gains. The core of al-Salam is formed by members of Sadr’s Mahdi army, which was created in 2003 to oppose the U.S. occupation of Iraq, but has since been largely dormant since 2007, when it was heavily involved in sectarian violence. The group claims to have hundreds of thousands of well-equipped fighters, although this is probably unlikely; the real number is not known (Raseef, February 25). In recent months, al-Salam has fought the Islamic State in Samarra, Jurf al-Sakhar, Diyala and Tikrit as well as Babil, to the south of Baghdad (Khabaar, October 26, 2014; Rudaw, March 15). Muqtada al-Sadr has a fluctuating relationship with Iran. Before the U.S. withdrawal, he was considered Iran’s close ally, and his Mahdi army was fighting the Iraqi Security Forces. Now, however, he propagates more nationalistic Iraqi ideas, supports the Security Forces and is critical of Iran’s interference in the country (Sutuur, April 5). For instance, Sadr now promotes an “Iraq First” policy, opposes sending Shi’a fighters to Syria and is in competition with the Mahdi Army splinter group Asa’ib Ahl al-Haq (Now Lebanon, August 19, 2013; al-Mokhtsar, December 17, 2013). Muqtada inherited his religious and political legitimacy from his father Muhammad Sadiq al-Sadr, an opponent of Saddam Hussein who is much revered by many Shi’as. Sadr’s political wing is the Ahrar Block, which has 34 seats in the Iraqi parliament, and is now considered less conservative than the other Shi’a factions, even seeking alliances with the secular Iraqi National Accord led by Iyad Allawi (Middle East online, March 21; Akhbarak, December 28, 2014).

Formed from a splinter group of the Mahdi Army in 2006 and headed by Qais al-Khazali, a former hardline Mahdi Army militant, the AAH advocates the “Wilayat al-faqih” political system and overtly follows the traditional Iranian revolutionary clerics, such as Ayatollah Ruhollah Khomeini, Kazim al-Haeri and the current Iranian Supreme Leader Khamenei, as well as to some Iraqi Shi’a clerics, such as Muhammad Sadiq al-Sadr, Muqtada’s deceased father (Ahl al-Haq, March 23, 2013). The AAH has a close relationship with Soleimani, from whom it receives financial and military assistance. The group became active in the Iraqi political scene from 2011, with the support of al-Maliki, who facilitated its outreach to the population after the withdrawal of the U.S. troops in 2011 (al-Arabiya, November 6, 2014). The AAH is currently involved in fierce fighting against the Islamic State in the most keenly contested areas, including Tikrit, where it has deployed several thousand fighters (Iraq News Network, April 4; al-Mustakbal, February 24).

Formed out of a split within AAH, which itself had split from the Mahdi army, al-Nujaba parted ways from AAH in the beginning of 2013 under the leadership of Akram al-Ka’abi (Musings on Iraq, March 31; Sumerian, September 19, 2014). It is composed of three compact brigades; Liwa Ammar ibn Yasser, Liwa Imam al-Hassan al-Mujtaba and Liwa Hamd. Al-Nujaba predominantly consists of the Iraqi Shi’as, but there are non-Iraqi fighters in these brigades as well, for example from Bahrain and Kuwait (Assakina, March 25). The group has strong relations with the IRGC-QF and Lebanon’s Hezbollah, with Liwa ibn Yasser having fought alongside the latter in and around Aleppo in Syria (Orient News, December 28, 2013). Al-Nujaba militants are the followers of Khamenei and propagate anti-American rhetoric (al-Nujaba, January 12; Sumerian, September 19, 2014). They are more militarily focused than some other Shi’a militias, fighting the Islamic State on several fronts, such as Samarra, and they also attacked Tikrit from the north in late March as part of the government offensive there (al-Nujaba, March 31). The group also has a strong presence in Syria, where it fights alongside the Syrian regime.

The military wing of the Islamic Taleaa Party, an Iraqi Shi’a political party, Saraya Taleaa al-Khorasani has been heavily involved in fighting the Islamic State in Iraq during the last year, particularly as part of Hashd al-Sha’abi. It has also operated in Syria since September 2013, particularly claiming to defend the important Shi’a Sayeda Zaynab shrine in Damascus (ISP Iraq, November 5, 2013). Its leader, Ali al-Yasiri, has close relations with IRGC-QF commanders, who helped establish it and who support its activities (Zaman, March 14). Iran has been conspicuously involved in creating, assisting and directing al-Khorasani, which in turn professes the “Wilayat al-faqih” doctrine, and overtly follows Khamenei, for instance, displaying his pictures prominently on its official website (al-Khorasani, January 10; Herak, August 5, 2014). The militia has an estimated 3,000 fighters and possesses modern Iranian-made light and medium weaponry (Raseef, February 25; al-Tagreer, January 13). Its most recent operations against the Islamic State were carried out in Tikrit.

This nascent group was established in response to Sistani’s fatwa in June 2014, as the armed wing of Harakat al-Iraq al-Islamiya, a Shi’a political movement. Ahebl al-Zaidi is the secretary general of this well-equipped group, which enjoys extensive cooperation with the Iraqi Security Forces and also connections with Soleimani. Al-Zaidi was once a Mahdi Army commander (Dot Masr, January 13). The group recently took part in fighting against the Islamic State in Amerli, Baji Tuz, Diyala and Tikrit (Kata’ib Imam Ali, March 2). Its second-in-command, Ali al-Musawi, was killed on the frontline in Tikrit, during fighting against the Islamic State, in late March (Bas News, March 14). Kata’ib Imam Ali has also set up a Christian subgroup called Kata’ib Rouh Allah Issa Ibn Miriam (Brigades of Spirit of God Jesus Son of Mary). [4]

Other Shi’a militias operating as part of Hashd al-Sha’abi are Kata’ib Jund al-Imam, Saraya Ashura, Kata’ib al-Taiar al-Resali, Saraya al-A’tabat and Saraya al-Jihad, among others. Another is Kata’ib Hezbollah in Iraq, a prominent elite force fighting against the Islamic State in Tikrit, which gained notoriety during the sectarian conflict in 2007. [5]

As the above shows, there are several clear trends among Iraq’s largest Shi’a militia groups. The vast majority have close ties with conservative elements among Iranian leadership and with Iran’s security apparatus at various levels. Additionally, most subscribe to the “Wilayat al-faqih” doctrine, and overtly profess allegiance to Khamenei, the de facto head of Iran’s conservative faction. Many of the groups existed before Sistani’s fatwa or else are splinter groups broken away from these established organizations, particularly from the Mahdi Army. It is also worth noting that most militias have an explicitly Shi’a religious and political identity, and they do not have Sunni recruits in significant numbers. The formation and rapid mobilization of these groups in summer 2014 prevented larger areas of Iraq, potentially even Baghdad itself, from falling to the Islamic State. However, in the long-term, the militias’ support for a “Wilayat al-faqih” system, their frequently overtly sectarian agenda and influence of Iran’s conservative factions and its al-Quds Force is likely to create fresh problems for the country and to hamper any reconciliation with Iraq’s Arab Sunni minority.

Zana K. Gulmohamad is a Ph.D. Candidate in the Politics Department at the University of Sheffield in the UK, researching Iraqi and Kurdish politics, security and foreign relations.

5. For information about designation of Kata’ib Hezbollah as a foreign terrorist organisation, see the U.S. Department of State Bureau of Public Affairs, July 2, 2009, https://www.state.gov/r/pa/prs/ps/2009/july/125582.htm. 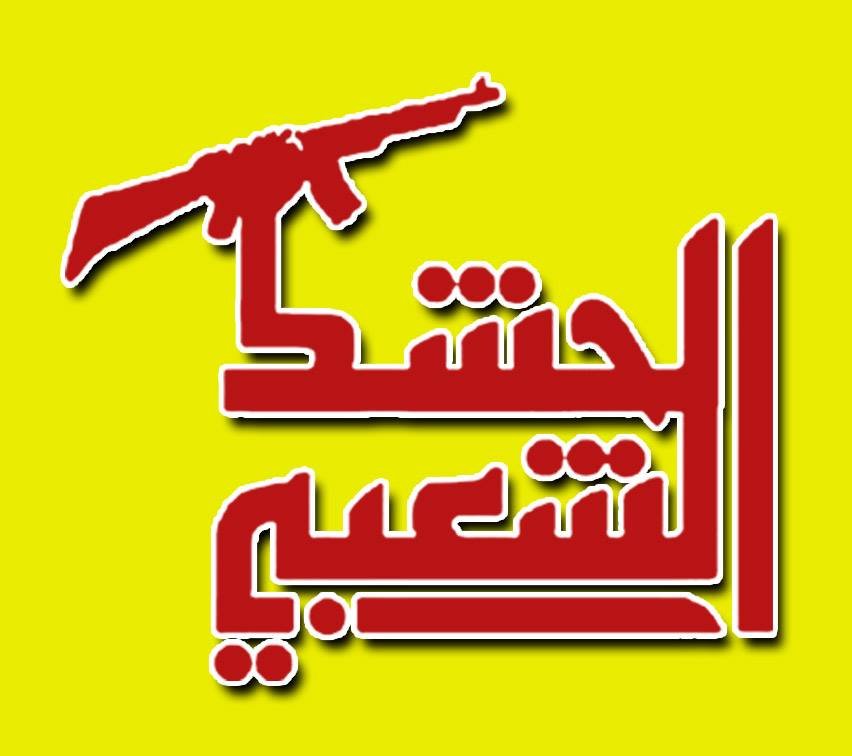 Back
The Struggle for Syria’s al-Hasakah Go..Next
Iran Confronts Intensifying Insurgent Of..