A recent article appearing on jihadi websites insists that al-Qaeda in the Arabian Peninsula (AQAP) members will “carry out Osama bin Laden’s orders” to capture and execute U.S. nationals if jihadist captives in the United States receive death sentences. Sada al-Malahim, the magazine of al-Qaeda in the Arabian Peninsula (AQAP), carried the article entitled, “Here We Are Osama” in its May 19 issue. The article praises the key jihadist prisoners Khalid Shaykh Muhammad, Ramzi bin al-Shaybah, Walid Muhammad Salih bin Atash (a.k.a. Khallad), Mustafa al-Husawi and Ammar al-Blushi, all facing charges related to the 9/11 attacks.

The article describes the need for jihadis to adopt a new tactic:

“The lion of jihad Shaykh Osama bin Laden has lately given directives on the oppressed brothers in the U.S. prisons, on top of them is the jihadist brother Khalid Shaykh Muhammad. We are Shaykh Osama’s soldiers in the Arabian Peninsula and we will carry out his orders. If our brothers, the prisoners, are sentenced to death, we will kill every U.S. prisoner we capture. We call on our soldiers to capture and kidnap Americans, and to apply, in every way possible, the common war rule that says ‘To capture is better than to kill.’ ” [1]

The article refers to Osama bin Laden’s March 25 audiotape, in which he threatened to kill American captives if Khalid Shaykh Muhammad were executed (al-Jazeera, March 25).

At the same time it seems that AQAP might resort to such tactics as targeting American and other Western nationals in order to encourage Jihad al-Fardi (individual jihad) and to deepen the crisis of the Yemeni state. It appears as though AQAP aims to mobilize young Yemenis by putting into practice Osama bin Laden’s famous slogan, “Do not consult anybody about killing Americans.” Encouraging such tactics will create a type of leaderless jihad and will spread the ideology of Salafi-Jihadism in Yemen. The preference of AQAP for such tactics is indicated in the latest interview with American jihadi ideologue Anwar al-Awlaki (currently residing in Yemen), conducted and released by al-Malahim Media Foundation (the media arm of AQAP). Al-Awlaki praised American Major Nidal Malik Hasan, who has been charged with the murder of 13 of his colleagues at Fort Hood in Texas in November 2009:

“Yes, Nidal is one of my students, and this gives me honor. Nidal’s operation was such a great act of heroism. We pray to the Almighty God to grant him resolve, to protect him, and to drive away his grief. I second the action of Nidal Hasan and, further, call the Muslims in the U.S. army to follow his steps. The good things do remove those that are evil. I further call on Muslims in general to follow the steps of Nidal; to perform jihad either by words or by hand. Nidal Hasan’s example is such a great one. We ask God, glory be to Him, to help many Muslims follow this example (alfalojaweb.info, May 23).”

By targeting Western nationals in incidents such as April’s failed attempt to assassinate the UK’s ambassador to Yemen, al-Qaeda suicide bombers can play a major role in deepening the crisis of the Yemeni state. After he became leader of al-Qaeda in Saudi Arabia in 2004, Abdul Aziz al-Muqren (a.k.a. Abu Hajer) launched a series of abductions and executions of Western nationals during a period of clashes between Saudi authorities and the jihadis. The resulting situation created turmoil inside Saudi Arabia at that time. [2]

In Yemen’s case this could badly impact the economy as the tourism sector contributes approximately 3% to the Gross Domestic Product (GDP) of Yemen. This sector has already been negatively affected by the political crisis in Yemen. The Yemeni daily al-Watan revealed that al-Alamiyah, one of the biggest tourism companies working in Yemen, intends to lay off employees in the coming days because of a “decline in its revenues as a result of poor conditions as a result of terrorism, which led to the destruction of tourism and the reluctance of tourists to come to Yemen.” The newspaper reported that the company received only 5,000 tourists in 2009, compared with ten times that number before 2007 (al-Watan-Yemen, May 15).

AQAP aims to encourage a Nidal Malik Hasan-style of individual jihad among young Yemenis by urging them to target Westerners (Americans in particular), in order to create the sort of chaos that could deepen the crisis of the Yemeni state, especially now that AQAP is presenting itself as an alternative for all Yemeni people.

1. The magazine was downloaded from http://www.atahadi.com/vb/showthread.php?t=19750

2. The author was at Saudi Arabia at that time and witnessed these events. 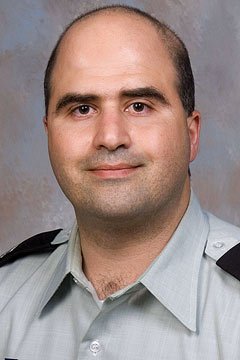 Back
Perceptions of Success and Failure in IS..Next
Is Yemen Contemplating a Military Offens..

On present trends, Ukraine is losing the war against the invader... END_OF_DOCUMENT_TOKEN_TO_BE_REPLACED

On May 11, A News interviewed Jamestown Analyst Mykola Vorobiov about the current state of Russia’s invasion of Ukraine. END_OF_DOCUMENT_TOKEN_TO_BE_REPLACED