This month the secretive, nuclear 12th Main Directorate of the Defense Ministry celebrated its 60th birthday. Soviet dictator Josef Stalin created the directorate on September 6, 1947, to supervise nuclear tests. Today Russian nukes are produced by the Rosatom Federal Nuclear Energy Agency and then handed over to the 12th Directorate, which is in charge of delivery, security, maintenance, and testing of nuclear weapons, both strategic and tactical. After the end of their service, nukes are transferred back to Rosatom for dismantling.

To mark the anniversary in the new Russian official style, top officials from the Defense Ministry and Russian Orthodox Church attended a special service held in Russia’s newly rebuilt Cathedral of Christ the Savior in Moscow. An official meeting (torzestvennoye sobranye) followed the service in the Hall of Church Assemblies, which is part of the Cathedral complex. The meeting was reminiscent of Communist anniversary celebrations, but still distinctly different given that the top generals presided alongside black-robed Orthodox clergy (Itar-Tass, September 4). As nationalism has replaced the Communist ideology in Russia, the Orthodox hierarchy has been endorsing official events instead of Communist Party chiefs.

The rank-and-file of the 12th Directorate were formally blessed. The favorite Orthodox saint of the last Russian tsar, Nicholas II — St. Seraphim of Sarov — was officially declared the spiritual patron-protector of all Russian nukes, strategic and tactical. An Orthodox Church flag with the icon of St. Seraphim was bestowed on the 12th Directorate.

St. Seraphim lived in the 19th century in Sarov. Renamed Arzamas-16 in the 1940s, the first Russian bomb was made in the closed city. Today Arzamas-16 has been rechristened Sarov, but nuclear arms research and production have continued. By coincidence, polonium-210, the poison used to kill former FSB agent Alexander Litvinenko in November in London, is produced in Sarov.

The security of Russian nuclear stocks has been a constant international headache since the demise of the Soviet Union. In 1997, the late general Alexander Lebed surprised and alarmed the world when he announced that Moscow had lost track of more than 100 suitcase-sized nuclear weapons. Lebed identified the weapons as RA-115s and RA-115-01s, each of one-kiloton capacity and weighing up to 50 kilos. It was alleged that they were developed for the KGB to be used for terrorist attacks behind enemy lines in time of war. The Russian military denied the loss. In 2001, as war raged in Chechnya, the chief of the 12th Directorate, General Igor Valynkin, told journalists that Russia had 84 nuclear devices weighing 30 kilograms or less and that all had been destroyed or put under tight control. Valynkin also announced that in 2001 there were two “attempts” by some unnamed “terrorists” to prepare a penetration of Russian nuclear arms storage facilities, known in the Russian military as “S-shelters.” These attempts, according to Valynkin, were successfully rebuffed (Interfax, October 25, 2001).

On September 3, at a press briefing in the Defense Ministry, the present chief of the 12th Directorate, General Vladimir Verkhovtsev, told me that his predecessor, Valynkin, was misinformed, that there was no “attempt” to penetrate the S-shelters. A vigorous investigation revealed that civilians gathering mushrooms in the woods had accidentally strayed too close. Verkhovtsev states that today the security of Russia’s nukes is at an all-time high, thanks to U.S. aid through the Nunn-Lugar Cooperative Threat Reduction program. Through CTR, the 12th Directorate received some 400 computers to help control inventory and 355 enhanced secure containers to transport warheads.

According to Verkhovtsev, work to heighten security at Russia’s nuclear arms storing facilities has been enhanced after Presidents George W. Bush and Vladimir Putin signed a Joint Statement on Nuclear Security Cooperation during a summit in Bratislava, Slovakia, in February 2005. Closed-circuit video equipment and movement sensors have been installed at 15 storage facilities. According to Verkhovtsev, in 2008 all such facilities will be fully secure.

Washington has successfully pressed Moscow to allow onsite security inspections of nuclear facilities to see that U.S. taxpayer money is spent correctly. According to Verkhovtsev, U.S. inspectors are brought to the sites in special transport vehicles with tinted windows, they surrender all electronic equipment. Any photos must be submitted for review, and the Russians blacken out any unfit details. The U.S. inspectors are granted three visits for outer observation of nuclear storage facilities: one before work begins, one when 50% of the security enhancements have been made, and one when completed.

Verkhovtsev says that the Americans are too shy to allow Russians to visit their nuclear storage facilities in return, because the security there is comparatively flimsy. Verkhovtsev told me: “The Americans have a wire net fence with a sign that trespassers may be shot, a camera, and some movement detectors. In Russia such a security fence would have been torn down and stolen before long by citizens to use at dachas.” In Russia, they use barbed wire fences with electric shock cables, minefields, and concrete machine-gun positions. Now divine protection through St. Seraphim has been added. Together with CRT, this may keep mushroom collectors or Islamist terrorists out. 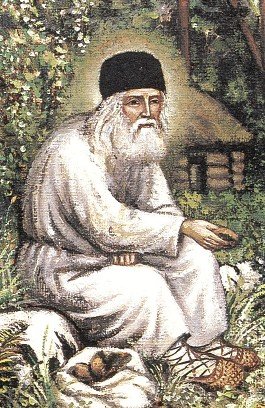 On August 4, the Jamestown Foundation held a webinar  on... END_OF_DOCUMENT_TOKEN_TO_BE_REPLACED

Jamestown Senior Fellow Margarita Assenova was featured in an event with the New Lines Institute for Strategy and Policy on Capitol Hill. The event was... END_OF_DOCUMENT_TOKEN_TO_BE_REPLACED

Jamestown is pleased to announce the release of Unmasking Terror, Volume II: A Global Review of Terrorist Activities. This edited volume contains articles and interviews published in Terrorism Monitor and Terrorism Focus from September 11, 2004 through September 11, 2005 with a preface by Michael Scheuer. Unmasking Terror brings... END_OF_DOCUMENT_TOKEN_TO_BE_REPLACED