The rarity of an Osama bin Laden commentary (one year after the last broadcast in December 2004) is stirring a wealth of commentary in the world’s media. The focus is on its veracity and on the implications for the West of the truce offer coupled with a threat should it be rejected. Yet for the mujahideen, while many of the concerns are similar, there is also both considerable relief at the re-appearance of bin Laden—his absence from the airwaves was causing some distress on the internet forums—and eulogistic celebration of the genius of the “Artful Arab.”

The rarity and brevity of the bin Laden message, and even the low production quality of the tape, justify for the mujahideen a detailed examination of its contents. The promise of an imminent strike on the United States is creating much excitement, but it is the issue of the truce that excites the most extended discussions. For Dr. Muhammad Hafiz, a participant on the al-Saqifa forum (www.alsakifah.org/vb), writing on January 20, the issue of the truce is the main interest. Taking up bin Laden’s phrase that “We have no objection to responding to you about a long term truce according to just conditions which we would honor, for we are a Nation whom God has forbidden to use treachery or deceit,” Dr. Hafiz underlines the moral superiority that Muslims could thus claim, in that “in war or peace they never engage in treachery.”

Interestingly, this argument was disputed, to a chorus of loathing, by one signing himself Ibn Umar al-Hajj, who noted how the 9/11 hijackers had actually breached these conditions by employing deception in using their Saudi passports to gain entry visas, all of which come under Islamic regulations on strict observance of the ahd (“compact”) with an enemy. Dr. Hafiz elaborates on the meaning of the truce offer: first, for bin Laden to present himself as “a statesman capable of offering a truce from a position of strength”; second, to pre-empt Bush from pulling American forces out of Iraq without an admission of defeat; third, “to absolve himself before God and the world prior to the coming strike inside America which will shake it to its foundations.” In short, it is part of the established warning cycle.

While Western observers may point to bin Laden’s inability to declare a truce on operational grounds—given the fact that, contrary to bin Laden’s assurances in the tape, Spanish intelligence forces have had to foil recurrent attempts at attacks since the April 2004 Madrid bombings—Ibn Umar cast his doubts in terms of Islamic law. “Does bin Laden represent himself,” he asks, “or al-Qaeda, or all Muslims? It is actually the Amir al-Muslimeen [Mulla Umar] who is the only one qualified to offer a truce in the name of the Nation.”

For Nusayr Muhyi al-Sunan, writing on the same forum, the point has been reversed: there is no legitimacy problem for bin Laden declaring a truce since he is actually turning down an appeal for a truce made by the United States. As evidence, he points to bin Laden’s use of the term ijabatikum (“responding to you”) in his statement above: “a response, as is well known, only comes to a previous request.” Others still underscore the actual impossibility of a truce, other than as a military tactic. “The Sheikh [bin Laden] cannot alter this path honored by God,” writes an analyst and writer signing himself “Hussein bin Mahmud.” “For this path is the Qur’an and the Sunna: And fight them until tumult is no more, and religion is all for Allah” (Qur’an VIII, 39). “This a matter of war and deception,” he continues, “Bin Laden has never, and will never, offer peace to the infidel.” There is a difference, he explains, between peace and a truce: “A truce is conditional upon just conditions,” but “since the belief and the policy of the infidel is built only upon tyranny,” such justice “can only be [made if it is] in the interest of the Islamic Nation.” A truce, therefore, so construed “can only be understood by one who understands the true nature of the struggle.”

In fact, bin Laden’s genius, according to this analysis, is in cornering the enemy into being unable to respond either way to the tape. Indeed, the threat of an attack, bin Mahmud insists, has already achieved its purpose. It keeps the Americans “living in fear, exhausting themselves and expending resources on [contingency] planning, divided their ranks and damaged their economy.” Yet, according to this argument, the Americans cannot afford to ignore the new threat, “which will have the same effect on them!” As to the form of the coming attack: “it will be a light or moderate blow, designed to show them his capability and the seriousness of the issue; an unexpected type of attack, revealing the inventiveness of the soldiers of Islam, following which it will be of a wholly different order” (www.alsakifah.org/vb).

Both jihadi and Western analysts lay emphasis on the importance of the audio recording for morale boosting purposes. From postings such as the above, however, an important significance of the “four minutes that shook the world” audiotape is not only that bin Laden is alive, but also that the religiously defined strategy toward dominion remains intact. “The secret of the tape,” bin Mahmud insists, is as a confirmation of God’s words on infidels spending their wealth to impede the jihad: “They will spend it, then it will become an anguish for them, then they will be conquered.” (Qur’an VIII, 36). The “anguish,” he explains, is that the millions spent by the enemy have been overturned by a “cheaply made, technologically rough tape.” In other words, it is an epoch-making demonstration of triumphant asymmetric warfare. 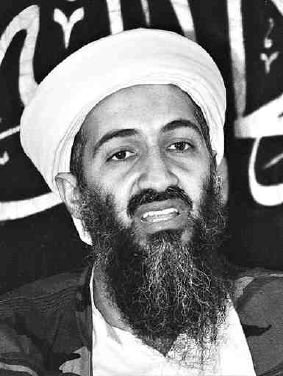 Back
Alternate Futures for Thailand's Insurge..Next
Al-Qaeda's Presence in Lebanon

On August 4, the Jamestown Foundation held a webinar  on... END_OF_DOCUMENT_TOKEN_TO_BE_REPLACED

Jamestown Senior Fellow Margarita Assenova was featured in an event with the New Lines Institute for Strategy and Policy on Capitol Hill. The event was... END_OF_DOCUMENT_TOKEN_TO_BE_REPLACED