The week-long OSCE fact-finding mission on Karabakh ended February 6, leaving both Armenia and Azerbaijan impatiently waiting for the final report. Ten experts from Finland, Italy, Sweden, and Germany, as well as the co-chairs of the OSCE’s Minsk group from Russia, France, and the United States, have visited Karabakh and seven other occupied regions of Azerbaijan to check the Azerbaijani claims that Armenian families are being settled there in line with a governmental program. If proved, this constitutes a violation of the 1949 Geneva Convention, which prohibits the settlement of occupied territories with the aim of changing their demographics balance (APA News Agency, February 8).

The monitoring mission was the compromise outcome of an Azerbaijani diplomatic initiative launched at the end of the last year at the United Nations General Assembly. At that time, Azerbaijan Foreign Minister Elmar Mammadyarov asked for consideration of the draft resolution, “On the Situation in the Occupied Territories of Azerbaijan.” The motion was postponed after agreement was reached to launch the fact-finding mission to the region.

Prior to the trip to Karabakh, the monitors visited the Azerbaijani Foreign Ministry, where they were presented with various documents and video materials confirming the settlement of Armenian families in the occupied territories. According to the Russian co-chair of the OSCE Minsk group, Yuri Merzlyakov, the monitoring group was even presented with “satellite photos” (Echo, February 9.) Within a one-week period, the expert group, led by German diplomat Emily Margaret Haber, head of the German Foreign Ministry’s OSCE department, visited Jabrail, Fizuli, Agdam, Zangelan, Lachin, Shusha, and Khankendi. The group talked to the local population, visited homes, and chatted with villagers met in the streets. The Armenian newspaper Azg reported that the monitors were visiting every home where there was “smoke coming out of the chimney.” Regnum Information Agency added that the monitors also searched new buildings in the village of Maraga (February 3). Although the group was very tight-lipped about giving information to media outlets, due to the technical nature of the mission, political analysts in both countries continued to actively discuss the possible findings by the international monitors and the implications of these findings. Haber herself announced that the final report would be ready in one or two months.

Azerbaijani Deputy Foreign Minister Araz Azimov, speaking to journalists on February 9, expressed confidence that the facts submitted to the mission by the Azerbaijani side would be confirmed. “In particular, the materials from open and other sources on settlement in the occupied territories of 20,000-23,000 people were submitted to the mission. But even if the mission revealed at least half or one-third of the figure, it confirms the fact of illegal settlement,” Azimov said (Turan News Agency, February 9). Tofik Zulfugarov, former minister of foreign affairs of Azerbaijan, although less optimistic, said, “At this moment, we do not have any reasons to assume that the report will be biased. I hope that there are objective persons in the mission who will give the appropriate evaluation of the situation” (Echo, February 10).

Armenian Foreign Minister Vardan Oskanian, meanwhile, preferred to wait until the report is presented and then talk about its consequences (Regnum, February 9). Others in Armenia attempted to downplay the presence of Armenian settlers in the occupied territories, referring to them as “refugees from Azerbaijan.” At the same time, some political forces in the country have expressed pessimism over the possible outcome of the fact-finding mission. ARMINFO reported that a statement from the political council of the Armenian political party Hanrapetutyun said that UN involvement would have unfavorable consequences for Armenia.

Whether the report will be fair or unfair to one or another side is not that important at this moment. What is more crucial is whether there will be any concrete changes in the deadlocked peace process over the Karabakh conflict after the mission’s report is presented. Vafa Guluzadeh, an influential foreign policy expert in Baku, is skeptical about this. “This mission’s work is like a smokescreen created by the Minsk group to imitate positive activity. In reality, the monitoring does not solve anything. In its basis, the co-chairs cannot make any decisions. That is why this monitoring is nothing more than PR.” Another expert on conflicts, Elkhan Mehtiyev, doubted that the fact-finding mission will “reflect the truth, as expected by the Azerbaijani side” (Yeni Musavat, February 10).

The independent daily Zerkalo, however, quoted Azimov as saying that the fact-finding mission achieved two results. It “slowed down further settlement of the occupied territories by Armenian families and showed Azerbaijan’s warning that it would never agree with the occupation of its territories” (Zerkalo, February 9). 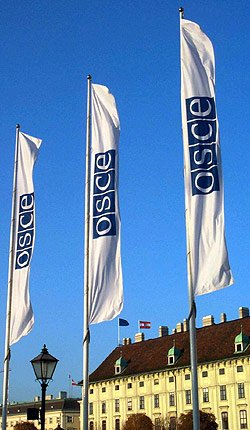 Back
U.S.-RUSSIA RELATIONS: TURNING POINT OR ..Next
RIGHTS GROUPS ASK PUTIN TO TALK TO "MODE..

The Jamestown Foundation was proud to host a webinar on... END_OF_DOCUMENT_TOKEN_TO_BE_REPLACED

Jamestown Foundation Analyst Richard Arnold was interviewed by PolitiFact for a story on the Lie of the Year 2022, or Putin’s long list of lies... END_OF_DOCUMENT_TOKEN_TO_BE_REPLACED

In this Quarterly Special Report (QSR) on the conflict in South Sudan, we focus on the civil wars, border disputes and rivalries between ethnic groups that have resulted in over half a century of violence in the country. The QSR begins with an overview by Andrew McGregor of South... END_OF_DOCUMENT_TOKEN_TO_BE_REPLACED