Police in Moscow this week arrested the imam of one of the city’s mosques, Makhmud Velitov. The authorities accused the cleric of “public justification of terrorism” as described in Article 205.2, Part 1 of the Russian Criminal Code. The authorities alleged that Velitov defended a member of the organization Hizb ut-Tahrir, which is outlawed in Russia. Velitov reportedly did so during a sermon at the mosque on Khachaturyan Street in Moscow several years ago (Eg.ru, July 12).

The mosque on Khachaturyan Street is one of the largest in Moscow. The Union of Muftis of Russia, headed by Ravil Gainutdin, has failed to extend control over the mosque and its imam. The Khachaturyan Street mosque is under the control of the Central Spiritual Directorate of Muslims, which is headed by an eccentric Muslim cleric, Talgat Tadzhuddin. Along with these two Muslim organizations, there is also the Coordinating Center of the Muslims of the North Caucasus, under the leadership of Ismail Berdiev. Velitov, the arrested imam, also heads a charitable organization called Khalial (“Halal”). The police searched Velitov’s mosque and his home on the outskirts of Moscow, where they confiscated religious literature, electronic media, and financial documents. Officers from Moscow’s Center for Combating Extremism arrested the suspect (TASS, July 12).

Officials of the Council of Muftis of Russia quickly disowned Velitov. The head of the Spiritual Board of Muslims of Moscow and the imam of Moscow’s main mosque, Ildar Alyautdinov, said that the Yardyam mosque in Moscow’s Otradnoe district existed “in isolation” and the rules it followed did not always comply with Islamic norms. The statement apparently meant that the official Muslim clergy gave up the suspected cleric and planned to appoint their man to the imam’s position, one who would not cross “red lines” as Velitov did. Alyautdinov further vilified Velitov, reminding his audience that the cleric had left his previous position at a historical mosque in the center of Moscow amid a scandal. The representative of the Council of Muftis did not mention, however, that Velitov headed the mosque since 1999 and that the authorities apparently did not find anything criminal in the sermons he delivered there for 17 years. The Council of Muftis of Russia is apparently trying to influence the Kremlin to snatch the mosque from the Central Spiritual Directorate of Muslims. The dispute within the leadership of Russia’s Muslim clerics, especially between the Union of Muftis of Russia and the Central Spiritual Directorate of Muslims, has been going on for the past 30 years. The Russian authorities, however, will support the investigators rather than one of the competing Muslim factions.

It is interesting that Velitov was arrested for words he uttered three years ago—on September 23, 2013 (Life.ru, July 12). This suggests that somebody who has been looking for evidence for a long time orchestrated his arrest. According to Velitov’s lawyer, the authorities suspect him of justifying Abdulla Gappaev at the Yardyam mosque, who was reportedly a member of the terrorist organization Hizb ut-Tahrir al-Islami. Investigators say that the cleric justified Gappaev in an interview for an Islamic publication in September 2013 (Kasparov.ru, July 12).

Gappaev was a well-known Muslim activist in the Dagestani city of Kizlyar. Some observers thought that Gappaev’s murder on September 19, 2013, was related to his support for Hizb ut-Tahrir al-Islami (Golosislama.com, September 19, 2013). Velitov’s reaction to Gappaev’s death prompted the authorities to launch an investigation targeting him three years later, having decided that he supported terrorism.

The other unusual feature of Velitov’s arrest is that investigators asked a court to place him under house arrest—a mild preventive measure rarely used by Russian police. The investigation announced that the suspect had partially admitted his guilt. “It can be interpreted in a variety ways,” Velitov said. “My guilt is that in one of the four videos on the Internet, I was indirectly deemed an accomplice of terrorism” (TASS, July 12). Inasmuch as Velitov’s confession was made on the basis of YouTube videos without the presence of his lawyer, Dagir Khasavov, the cleric’s defense team thinks that the confession has no legal basis. It does not always work like that in Russia, however. Showing a suspect mercy is not exactly typical of the Russian judicial and legal system. Nevertheless, Velitov remains at home under house arrest for now, instead of prison.

Muslim clerics routinely are targeted in Russia. However, the unusual feature of the latest action is that the authorities arrested a cleric in Moscow. In any case, Moscow’s actions are quite clumsy and likely to fuel discontent among Russia’s Muslims, who have become increasingly politicized against the backdrop of violence in the Middle East. It is the Muslim community, not the Russian political opposition, that will cause problems for the Russian authorities. 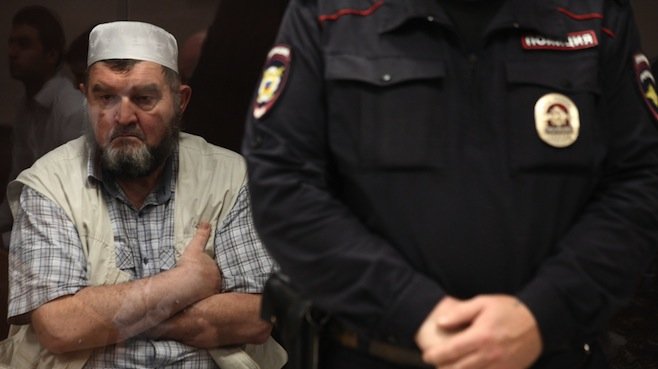