In an unexpected move on December 26, the Syrian Democratic Forces (SDF), which is dominated by the Kurdish People’s Protection Units (YPG), captured the Tishreen Dam close to Manbijin, Syria (YPGrojava, December 30, 2015). This operation, conducted with support of the U.S.-led coalition against the Islamic State, crossed a key Turkish "redline." It also opened the way for the YPG to attack Islamic State in Manbij and Jarabulus and to expand Kurdish-controlled territory in the area. Moreover, the YPG took the Menagh Military airbase with Russian air support on February 11 from Turkish-backed rebels in Aleppo’s countryside (Hawar News, February 11). This brings the Kurds closer to creating a united Kurdish administration, and will push Turkey to take more measures to prevent the expansion of YPG-held territory into the 60 mile (100km) strip along the Syrian-Turkish border (which is still partially controlled by Islamic State). In addition, on February 13, Turkey started shelling YPG positions close to the Menagh Airport with artillery (YeniSafak, February 13).

Prior to the SDF’s capture of the Tishreen dam, the Turkish National Security Council had made clear that any incursion west of the Euphrates River by Kurdish forces would be a “violation” of a Turkish red line (TRTworld, July 1, 2015). Turkish tanks and artillery have previously fired on YPG and YPG-aligned FSA-rebels trying to cross into Jarabulus on July 27, 2015, in an attempt to enforce this red line (Now, November 29, 2015). In 2015, the YPG claimed the Turkish army had targeted their forces 22 times with heavy weaponry around Tal Abyad and Kobani (YPGrojava, December 31, 2015). In response, the YPG warned Turkey not to violate the Syrian-Turkish border (Basnews, January 31).

Despite the Turkish warnings, the Kurds – with coalition support – proceeded to cross the Euphrates. In Tishreen, located some distance south of the border, they were out of the range of Turkish artillery and tanks. The SDF halted their operations after advancing more than 4 miles (6 km) from the river, most likely on instructions from a U.S.-led coalition that fears provoking a significant Turkish response. As a result, despite previous warnings, the Turkish response has so far been limited; the Turkish PM nonetheless warned that Turkey would not allow any hostile groups to cross the Euphrates (Daily Sabah, December 27, 2015).

For the United States, it is important for the Kurds to take Tishreen Dam in order to isolate Raqqa, Islamic State’s self-declared capital, from Islamic State-controlled territories east of the Euphrates. Meanwhile, for the SDF, the move opens the way into the Euphrates Valley and Manbij. Furthermore, the Kurdish advance means that, in the event of an U.S.-coordinated attack by the SDF on Raqqa, it would be more difficult for Islamic State to send fighters from Aleppo to Raqqa to support the group’s fighters there. However, it is also clear that the SDF is eager to move towards Manbij in order to later create a contiguous Kurdish-controlled territory along the Syria-Turkish border by taking the remaining Islamic State-held stretch of the border between Azaz and Jarabulus. The U.S., however, will not support them with airstrikes to achieve this aim.

A potential solution for the SDF is to garner Russian support. This year, Assad – backed with Russian support – managed to completely encircle the northern countryside of Aleppo (Kurdistan24, February 5). Consequently, the YPG moved closer to Azaz. Although the SDF will continue to work with the U.S.-led coalition in the countryside of Raqqa and Hasakah, it will also work with Russia in Aleppo’s countryside against the Islamic State and Syrian rebels.

Turkey seeks to prevent the Kurds from creating a contiguous territory along the Turkish border and halt the union of their three local administrations in Kobani, Efrin, and Cizere; these entities are dominated by the Democratic Union Party (PYD), which is affiliated with the Kurdistan Workers Party (PKK). In a recent meeting with Turkish journalists, Turkish President Recep Tayyip Erdoğan said that Turkey would not allow the YPG to expand in this area. “We are only against the PYD establishing a corridor in northern Syria,” he asserted (Daily Sabah, February 1).

The Kurdish move across the Euphrates is likely to lead to increased Turkish support for ethnic Turkmen insurgents from the Free Syrian Army to take Islamic State-dominated villages in Syria (Daily Sabah, January 15). Turkey will also increase support for Arab fighters in Azaz to push back the YPG advances. The Azaz rebels have asked for heavy weapons to fight the YPG (AA, February 12), and Turkey started shelling YPG positions in Aleppo’s countryside. In an early indication of these trends, Turkish-backed rebel groups such as the Turkmen Liwa Sultan Murad brigade, the Shamiya Front, and the Sham Legion launched operations on January 9 that seized control of several villages with Turkish artillery support after the SDF crossed the river (Daily Sabah, January 17). Moreover, there were clashes between the Islamic State and the Turkish army, with the Islamic State in particular saying that they had recently fired on Turkish soldiers trying to enter Jarabulus, a border town under their control (Amaq News Agency, February 4). The Turkish army has meanwhile reportedly fired hundreds of artillery shells at Islamic State targets in the region (Daily Sabah, January 15). Turkey is also attempting to clear the border of Islamic State-laid mines (Now, January 19).

It appears the U.S. will support Turkish-backed FSA rebels with airstrikes to help them take control the border crossings of al-Rai and Jarabulus from Islamic State, since this would stop Islamic State access routes from Turkey into Syria. So far, however, the Turkmen rebels have not made major gains, and the Islamic State militants are resisting strongly, indicating the importance of holding the border area for their own ambitions. Meanwhile, Russia is also bombing Turkish-backed rebels opposed to the Russian-backed forces of President Bashar al-Assad. This will make it very difficult for Turkish-backed rebels to resist Islamic State, the YPG, and the Syrian regime simultaneously. Therefore, Turkey will back Syrian militants with artillery against the YPG.

At the same time, Turkey has attempted to decrease Western support for the YPG by emphasizing the links between the YPG and the PKK in meetings with Western officials, attempting to portray the YPG as a terrorist organization (Daily Sabah, January 28). Turkey recently successfully managed to exclude the PYD and YPG from the Geneva peace talks on Syria, although Russia had backed the PYD’s inclusion (Daily Sabah, January 29).

U.S. Dependence on the YPG

An additional complication is that the U.S.-led anti-Islamic State coalition still needs the SDF to take Raqqa and al-Shaddadi, despite Turkish opposition to the group. As a result, a 13-person delegation led by U.S. Presidential Envoy Brett McGurk visited SDF forces in northern Syria at the end of January, soon after the PYD’s exclusion from the Geneva talks, angering Turkey (Hawar News Agency, February 2). The U.S. is using an airstrip in Rmeilan to further materially support SDF forces (Al Jazeera, January 20). One motive for this clear continued support from the U.S. for the PYD is the Obama administration’s goal of eliminating Islamic State’s hold over Raqqa, Syria and Mosul, Iraq before the end of President Obama’s second term in January 2017. Therefore, the U.S. needs the Kurds to finish the job.

If the YPG does decide to move towards Manbij and Jarabulus, it is possible that Turkey would attack YPG forces with artillery and tanks. Turkey is already shelling the YPG positions to protect Syrian rebels in Azaz from the YPG and Russia. However, Turkey is not likely to use ground troops, fearing a Russian response after the country shot down a Russian jet in November (Daily Sabah, November 24, 2015). Turkish jets were consequently excluded from Syrian airspace following the shooting down of the jet and the Russian decision to provide air support to Assad in September 2015. Recently, Russia has increased air support even further, leading to the Syrian government and allied Shia militias encircling Aleppo and cutting Turkish supply lines to the city from Azaz (Al Masdar, February 4).

Turkey is not likely to directly intervene with significant military forces in northern Syria to stop YPG advances as a result of Russian threats. However, Ankara will support Turkmen militias against the Islamic State and artillery in order to preempt Kurdish attempts to take control of the border strip. This is leading to increased tensions between Islamic State and Turkey, notably leading to the terrorist group bombing a group of German tourists in central Istanbul on January 12 (Daily Sabah, January 12).

These tensions over the region will lead to clashes between Turkish-backed rebel groups and the YPG for the control of the Euphrates and border area. Furthermore, separate clashes between Assad-backed forces and increasingly hard-pressed Syrian insurgent groups will make it more difficult for anti-Assad rebels to focus on fighting the Islamic State and the YPG. This makes it possible for the YPG to connect their administrations with either Russian or Western air support. Turkey will moreover increase its anti-YPG propaganda and simultaneous pressure on the West to stop working with the YPG; Turkey will continue to highlight the YPG’s links to the PKK, which is listed as a terrorist group by the EU, the U.S., and others. However, Turkey’s attempts to delegitimize the PYG will likely have its limits, as the U.S.-led coalition against Islamic State needs the YPG to ultimately liberate Islamic State-held Raqqa and Shaddadi, and it will continue to work with them until its aims are achieved.

Wladimir van Wilgenburg is a political analyst specializing in issues concerning Iraq, Iran, Syria and Turkey with a particular focus on Kurdish politics. 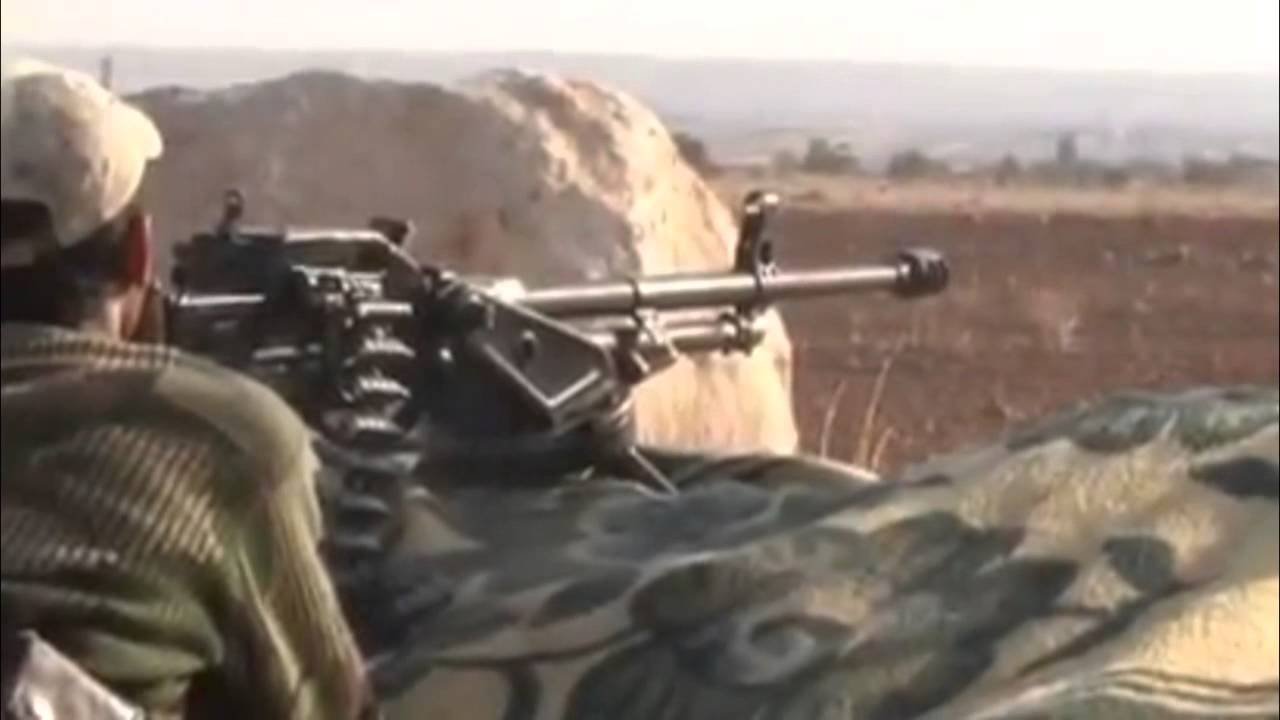 Back
Uyghur Militants in Syria: The Turkish C..Next
Kashmir Jihadism and the Threat to India