As demonstrations against the Kremlin’s benefits reform continue, some opponents of the changes have noted that while millions of pensioners, war veterans, and invalids have seen their in-kind social benefits replaced by meager cash payments ranging from $5 to $55 a month, the changes have not significantly affected the Russian state’s roughly 400,000-strong army of bureaucrats. Veronika Chursina of Novaya gazeta details in the biweekly’s January 20 issue the benefits enjoyed by Russian officialdom. However, she adds a caveat: “Naturally, the data is approximate, owing to the nearly complete absence of transparency of the financial mechanisms that provide for the trouble-free feeding, medical treatment, transportation, and performance of some functions by the servants of the people.”

On paper, the funds in the 2005 federal budget earmarked for the functioning of the Russian government are relatively modest, Chursina reports — a total of 678,129,000 rubles, or approximately $24 million. Of this, 5,531,000 rubles, or roughly $196,000, are earmarked for the prime minister (currently Mikhail Fradkov) and his deputies (there is currently just one, Alexander Zhukov), with the rest allocated to cover 17 ministers, the governmental apparatus — comprised of twelve departments — and other governmental organs.

But those line items are only the tip of the iceberg. Each top official is provided with a car and driver (for each official of “Category A,” which includes deputy prime ministers and ministers, this amounts to at least $24,000 a year), a state-rented dacha (at a cost of $6,000-$8,000 a month), first rate and mostly free medical care, sanatorium-spa treatment at “dumping prices,” and a mobile telephone with international roaming — not to mention opportunities to travel abroad on the taxpayer’s ruble.

“As a result, supplemental earnings . . . come to around $50,000 a year per person. In addition, in full conformity with the spirit and letter of the federal law on civil service passed in 2004, officials ‘can be granted the right to a one-time subsidy (budgetary) for the acquisition of housing’,” Chursina writes. “Note to readers: a subsidy differs from a credit — a mortgage, for example — in that it is given gratis. As the consistent opponent of the law on civil service [State Duma] Deputy Vladimir Ryzhkov explained, in addition to all of the above-listed benefits, a special pension system, social insurance, and even second-level and third-level higher education paid for by the state, are envisaged for officials.”

It should be noted that President Vladimir Putin signed a decree last April that increased ministers’ salaries five fold to 90,000 rubles — around $3,100 — a month. Salaries for deputy ministers and heads of ministerial departments were raised five to twelve times, while those for the lowest-ranking government employees were increased by four times, with the latter also getting bonuses based on seniority (MosNews, April 16, 2004).

The 2005 budget earmarks 5,260,277,000 rubles — around $187 million — for the country’s legislative branch. The chairman of the parliament’s upper chamber, the Federation Council — currently Sergei Mironov — and his deputies are allocated 8,086,000 rubles (around $287,000), while the speaker of the State Duma — currently Boris Gryzlov — is allocated 9,013,000 rubles (around $320,000). Gryzlov’s salary, according to Novaya gazeta, is 115,000 rubles — around $4,000 — a month. Citing Mikhail Zadornov, the former finance minister who is now a Duma deputy, Chursina writes that the base pay for Duma deputies is 18,000 rubles (around $640) a month, but, when various kinds of “raises” are added, the real pay comes to around 45,000 rubles (nearly $1,600) a month. The parliamentarians are also entitled to free travel around the country on all forms of transport, but “prefer to fly business class — the ticket is more expensive, the service better,” she notes. They are also covered for the use of VIP lounges. The Duma’s speaker and deputy speakers and the heads of its committees are entitled to use armored BMWs, Kias, and Audis, while ordinary deputies are assigned Volgas. While the benefits reform has meant that deputies must now pay their own fares on public transportation, Chursina notes that few of them are known to use public transportation.

Things are not as good as they used to be for the country’s legislators when it comes to housing. While deputies in Duma’s first two post-1993 convocations were allowed to privatize their state-assigned Moscow apartments, those in the third Duma were not given that privilege. More than 100 of them had to be forced to vacate their apartments by court order.

Meanwhile, Novye izvestiya reports that many law-enforcement officers fear that the end of various privileges for police will lead to mass resignations by experienced personnel and to an increase in corruption. The newspaper quoted police officers from around the country. One of them, a Krasnodar Krai police captain, said: “Free travel was not only our last remaining benefit, but a work necessity. Ordinary policemen are not assigned cars, and you have to wait around a long time for a duty car. So that means you now have to travel several times a day at your own cost. Last year they canceled Interior Ministry employees’ discounts for public utilities’ payments, and the last time they raised salaries was two years ago” (Novye izvestiya, January 21). 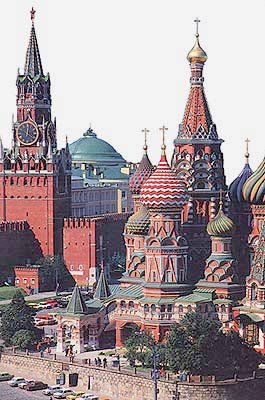 Back
NEW ELECTION COALITIONS IN AZERBAIJAN PR..Next
WHO STANDS IN OPPOSITION TO YUSHCHENKO?

The Jamestown Foundation was proud to host a webinar on... END_OF_DOCUMENT_TOKEN_TO_BE_REPLACED

Jamestown Foundation Analyst Richard Arnold was interviewed by PolitiFact for a story on the Lie of the Year 2022, or Putin’s long list of lies... END_OF_DOCUMENT_TOKEN_TO_BE_REPLACED

The November 2020 issue of Militant Leadership Monitor features a brief on Radullan Sahiron, the Abu Sayyaf leader who is growing closer to Islamic State; a look into Shaykh Abukar Ali Adan, the new leader of al-Shabaab; a profile of Mawlawi Abdul Hakim, the Taliban’s chief negotiator at the... END_OF_DOCUMENT_TOKEN_TO_BE_REPLACED