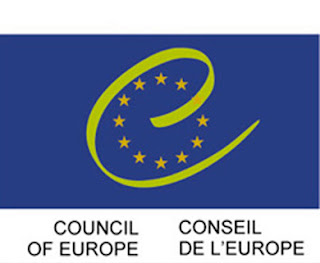 The Parliamentary Assembly of the Council of Europe (PACE) was scheduled to adopt a resolution on the consequences of the war between Russia and Georgia during its spring session on April 26-30. Since the Russian invasion in August 2008 and the brief war between the two countries that followed there have been three PACE resolutions strongly supporting Georgia’s sovereignty and territorial integrity. On top of this, as stipulated in Resolution 1633 (2008), PACE put forward very specific conditions to the Russian Federation: withdrawal of the Russian troops to the prewar positions, full deployment of European Union and OSCE observers into the Tskhinvali region and Abkhazia, and renunciation by Russia of the recognition of the independence of “South Ossetia” and Abkhazia. Those three conditions were named as “minimum conditions for a meaningful dialogue” between Russia and Georgia.

While Moscow has neglected all of them, PACE failed to adopt a new resolution. Instead, Russian Foreign Minister Sergey Lavrov was invited to speak before the Parliamentary Assembly, as was Heidi Tagliavini, who headed the E.U.-commissioned “Independent International Fact-Finding Mission on the Conflict in Georgia.”

Lavrov’s speech at the Assembly on April 29 said nothing about his country’s war against Georgia and the obligations Moscow took under the E.U.-mediated August 2008 ceasefire agreement. The centerpiece of the Russian minister’s talk was instead “the significance of the 65th anniversary of the Victory in the Great Patriotic War and World War II for the formation of today’s democratic European order,” “the decisive contribution of [the Soviet Union] to the defeat of fascism,” and “the inadmissibility of falsification of this tragic chapter in the history of the continent.” Lavrov’s emphasis on history cannot be interpreted in any way other than Russia’s desire to connect its victory in the Second World War 65 years ago with a claim to a sphere of influence today at the expense of the sovereignty and territorial integrity of the countries in the post-Soviet space.

Unlike Lavrov, Heidi Tagliavini, a Swiss diplomat, did focus on the Russo-Georgian relations, the 2008 war and its consequences but stopped short of saying anything new from what she had already stated in the fact-finding mission’s report some six month ago.

“There are no winners and losers in this conflict: everyone has lost,” Tagliavini told the PACE session. “All parties to the conflict failed, there were terrible violations of humanitarian and human rights law, and both the threat and use of force have returned to European politics.” Co-rapporteur on the conflict the Hungarian parliamentarian Mátyás Eörsi ominously stated in his own presentation that “Europe can never approve a new Yalta,” while Wilshire called on the parties to the conflict to start “confidence-building [and] dialogue to build trust.”

In general, the Tagliavini report accurately discussed the circumstances preceding the Russian intervention two years ago, but shied away from calling Moscow’s behavior an act of aggression. “Russia called its military actions in Georgia a ‘peace enforcement operation,’ the document dryly stated, “While Georgia called it an ‘aggression,’ and “the international community…was reluctant to enter into any formal qualifications.”

No matter how one would interpret the events of 2008, there is solid evidence that Russia invaded Georgia and keeps under its military occupation 20 percent of Georgia’s sovereign territory. Both invasion and occupation are acts of aggression by definition under international law, not to mention all other violations of Georgia’s sovereignty before, during and after the invasion which also fall in the category of aggression. On top of this, there was a brutal ethnic cleansing of the Georgian population both in Abkhazia and Tskhinvali during and after the Russian invasion, Russia continues building its military bases in the occupied territories, and it does not allow return of the internally displaced Georgian citizens to their homes.

Shortly after the war, Russia vetoed the extension of the UN’s and the OSCE’s missions to Georgia. Currently, the only European presence in the country is through the European Union’s monitoring mission whose observers are denied entry to the occupied Georgian lands. The Council of Europe was until this past session the only forum that could at least issue resolutions reminding Moscow of its international obligations. Unfortunately, this avenue has also been blocked by Russia as its demand “to take into consideration the new political and legal realities in the region,” is increasingly answered in Europe by deafening silence.

Back
The Usual Suspects: Who is Behind the Pr..Next
Lukashenka and Bakiyev: Friends in Need?

The Jamestown Foundation is pleased to host a forthcoming webinar... END_OF_DOCUMENT_TOKEN_TO_BE_REPLACED

On April 15, The Jamestown Foundation held a conference on Yemen on the Brink: Implications for U.S. Security Interests in the Horn of Africa at the Carnegie Endowment for International Peace in Washington, DC. The full-length DVD covers the entire conference proceedings, which includes keynote speakers: Ambassador Daniel Benjamin,... END_OF_DOCUMENT_TOKEN_TO_BE_REPLACED