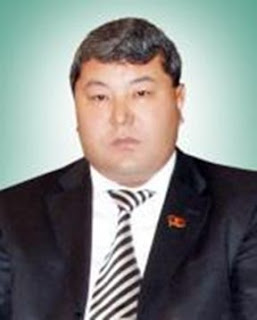 Until recently, 42-year old Melisbek Myrzakhmatov was known as yet another opportunistic politician with the ability become Osh city mayor thanks to his wealth and support of deposed president Kurmanbek Bakiyev’s political party, Ak Zhol. However, as ethnic conflict erupted in Osh and Jalalabad in June this year, Myrzakhmatov emerged as one of the most controversial figures and a suspect of instigating violence.

Like most other prominent Kyrgyz political leaders, Myrzakhmatov is infamous for allegedly controlling an informal “army” of martial arts sportsmen, as well as former military and law-enforcement personnel. This physical manpower is the basis of his strength, which allows him to mobilize supporters against government forces when needed. Myrzakhmatov’s control in Osh is so strong that the current government is bound to create parallel state structures to be able to compete with his influence over the city’s local government structures (including law-enforcement).

Long before violence erupted, Myrzakhmatov, an ethnic Kyrgyz, was known to share some extreme nationalist views against ethnic minorities. As mayor, he knows the areas of Osh where Uzbeks are most concentrated very well. According to some reports, when violence erupted on June 10 he distributed maps of Uzbek neighborhoods to his supporters for them to be able to carry out targeted attacks against Uzbeks. Over 500 men with backgrounds in martial arts reportedly carried out the attacks.

Reports also suggest that Myrzakhmatov is allegedly controlling a drug business in some parts of southern Kyrgyzstan, perhaps serving as a proxy to Akhmat Bakiyev (the former president’s brother, who controlled virtually all drug routes in Kyrgyzstan). Myrzakhmatov might still have very close relations with entire Bakiyev family, which could be the reason why President Roza Otunbayeva’s government is unable to sack him. Myrzakhmatov could respond by stirring up more chaos in the south by potentially turning law-enforcement agencies against the political leaders.

Another alleged reason why Myrzakhmatov is suspected of organizing violence is his involvement in real estate and the construction business. He has been actively promoting Osh reconstruction since before the June violence, and today he prefers that the government builds new houses for Uzbeks instead of letting Uzbeks rebuild their old homes.

Myrzakhmatov began as a shuttle trader and later began importing construction materials to local construction companies. Although his current influence extends beyond Osh, it would be too soon to call him southern Kyrgyzstan’s new criminal kingpin. Though it is not entirely clear yet whose political party he supports, Myrzakhmatov might gain more strength as political competition intensifies in the coming weeks.

Back
Why Is Russia Unhappy with the U.S. Terr..Next
Orange Revolution Erased from Ukrainian ..

On August 4, the Jamestown Foundation held a webinar  on... END_OF_DOCUMENT_TOKEN_TO_BE_REPLACED

On September 11, Jamestown Foundation Senior Fellow Janusz Bugajski was interviewed by the Polish Naval War Academy regarding his book, Failed State: A Guide to Russia’s... END_OF_DOCUMENT_TOKEN_TO_BE_REPLACED

The November 2014 issue of Militant Leadership Monitor begins with a snapshot of two Syrian military defectors who are now FSA commanders by Nicholas Heras. Ahmad Absi Al-Su’oud defected in March 2012 and now leads al-Furqa 13 while Hassan Mar’i Al-Hamadeh defected with his MiG-21 in June 2012 and... END_OF_DOCUMENT_TOKEN_TO_BE_REPLACED