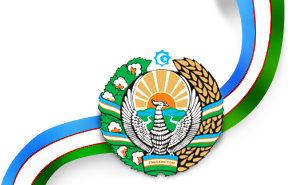 Everyone in Central Asia knows where to buy pirated copies of the latest movies. DVDs burned in Russia, China and Eastern Europe flood the local markets as soon as they appear on big screens in the West. Controlling this part of the black market is inefficient and costly for the authorities. Pirated movies and music are relatively cheap ($0.50-$3 per DVD) according to the local standards, and the quality is often quite acceptable.

Nevertheless, in an attempt to regulate the market, UzbekKino published a list of 744 movies banned in Uzbekistan during 2005-2010. The list includes Western, Russian and Uzbek movies. All movies on the list were produced during the past decade.

The list was comprised of mostly horror and pornographic movies, including “Eyes Wide Shut”, “The Secrets of Kamasutra”, “Saw” and “Hostel”. Russian movies about the war in Chechnya are banned in Uzbekistan as well.

Movies by the famous Umida Akhmedova, who was persecuted in Uzbekistan for slandering the Uzbek nation, are banned as well.

Some family cartoons, like “Shrek” and “Madagascar”, are also in the list. Epic movies including “Lord of the Rings” and “Eclipse” are banned in Uzbekistan as well.

UzbekKino has not explained why certain films are banned or what type of punishment can be expected for breaking the rule. Inevitably, some movies that could have made it onto the list but for some reason were left out, are in the grey zone. For example, most of Quentin Tarantino’s films are banned, but “Pulp Fiction” is not. Does UzbekKino recommend that people avoid watching it?

It is also unclear as to who decided the contents of the list. UzbekKino’s staff mostly includes actors, directors and scriptwriters. Members of the agency’s higher administration have backgrounds in cinematography as well. Were the decisions made based on ethical, cinematographic or political views?

UzbekKino’s website also offers a list of movies allowed to be shown and watched in Uzbekistan. Nearly all of them are movies produced by local directors. Each year UzbekKino lists 8 to 16 of such movies.

While the logic behind UzbekKino’s choice of prohibited movies is difficult to define, the effectiveness of this ban should not be overestimated. In 2008, Jamestown watched “Madagascar 2” on a train from Samarkand to Bukhara. Dozens of fellow travelers enjoyed the cartoon as well.

The Jamestown Foundation is pleased to host a forthcoming webinar... END_OF_DOCUMENT_TOKEN_TO_BE_REPLACED

Jamestown Foundation Analyst Kseniya Kirillova offered her expert analysis on Putin’s “partial mobilization” announcement to G-Zero. “The Kremlin calls it ‘partial’ so as not to... END_OF_DOCUMENT_TOKEN_TO_BE_REPLACED

The January 2020 issue features a brief on Salah Gosh, the former National Intelligence and Security Service director of Sudan who recently led a mutiny against the new government in Khartoum; a look at Abdullahi Banati, the al-Shabaab member terrorizing Kenyan security forces on the Somali border; an examination of... END_OF_DOCUMENT_TOKEN_TO_BE_REPLACED