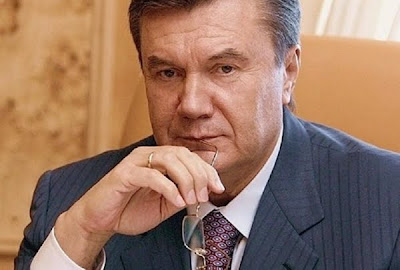 Ukrainian President Viktor Yanukovych’s assassination-phobia is reaching the level of hysteria (EDM, June 28). Three bomb explosions in Kirovohrad on the eve of his visit to that city will undoubtedly increase the president’s long-standing paranoia (EDM, October 26).
This is the only manner in which one can analyze recent purchases of equipment for his protection. The president is to be protected by a surface to air, anti-missile battalion of spetsnaz, who are to use two Zenith ‘Buk’ rocket complexes.

There are plans for the construction of a helicopter pad in central Kyiv and at Yanukovych’s suburban mansion that would end the daily traffic jams caused by his 15 mile drive to the presidential administration in downtown Kyiv. Each day President Viktor Yanukovych races from his mansion to the center of Kyiv, causing traffic jams. The Kyiv city council is donating one hectare of unused land to build a heliport for two helicopters.

Presumably, the president’s helicopter will be fitted with a wide array of defense devices –in case of an attack by the opposition (or more likely an angry and frustrated motorist trying to get to work).

The Directorate on State affairs, the supplier of every manner of goods to Ukraine’s state elites, has purchased three jeeps for the cost of 4.2 million hryvnia. The jeeps are specialist Toyota Sequoia 4 by 4s fitted out as Rescue Fast 1 vehicles to provide assistance in the event of attack or accident.

Anatoliy Grytsenko, defense minister from 2005 to 2007 and since head of parliament’s Committee on National Security and Defense, commented in a tongue-in-cheek response that the president needs to be defended from all angles “from his own people.”

There is, therefore, a need, Grytsenko says, to purchase “two submarines and then to carefully camouflage them with duckweed and conceal them somewhere in the Dnipro and Desenko river bays along the route from the president’s house to work,” Gritsenko said. As for a potential attack from land, Grytsenko recommends that one mechanized brigade from the Interior Ministries Internal Troops be transformed into a Cavalry unit. These cavalrymen would sit on horseback with automatic weapons along 50 meter intervals guarding the entire 15 mile route between his mansion and office.

If this advice is implemented, and Yanukovych is therefore protected “from his own people” from every possible angle, Grytsenko will rest assured that “Yanukovych could then fully concentrate on running the state.”

Yanukovych’s entourage, heavily penetrated by Russian security officials (see EDM, October 13), is undoubtedly convinced that the best manner in which to keep him under full control is to feed his assassination-phobia. This is the real reason for this additional equipment and perhaps last week’s bomb explosions.

The Jamestown Foundation is pleased to host a forthcoming webinar... END_OF_DOCUMENT_TOKEN_TO_BE_REPLACED

***Pre-Order a Hardcopy Today*** Attempts to transform the Russian Federation into a nation state, a civic state or a stable imperial state have failed. The current structure is based on brittle historical foundations, possesses no unified national identity, whether civic or ethnic, and exhibits persistent struggles between nationalists, imperialists,... END_OF_DOCUMENT_TOKEN_TO_BE_REPLACED