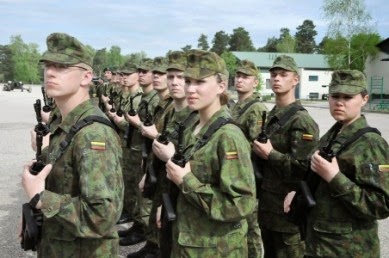 Perhaps Lithuania’s “survival guide” seems like more of a curiosity than a serious government initiative to Western media as well. But the West might be too quick to dismiss such things as overeager nervousness. Indeed, there is a pervasive lack of understanding of the gravity of the situation that the residents of the Baltics currently feel they face (Lithuania Tribune, July 18, 2014). A recent Gallup poll shows that the Ukraine-Russia conflict is at the bottom of the list of Americans’ security concerns (Gallup.com, February 13). After Afghanistan and Iraq, the US is generally wary of involvement in any conflict, much less a direct war. This reality only contributes to the increased understanding in the Baltics that (despite the reassurances of their allies) they may have limited outside support when push comes to shove. Initiatives such as this “survival guide” might not be a foolproof way to ensure safety or organization in war time. They are however, a pragmatic step to ensure that, if the day comes, citizens might have at least some better idea of how to ensure their own safety and, ultimately, their survival as a nation.

Back
Another Wave of Pan-Turkism Allegedly on..Next
Threatened From Afghanistan, Turkmenista..

The Jamestown Foundation is pleased to host a forthcoming webinar... END_OF_DOCUMENT_TOKEN_TO_BE_REPLACED

Jamestown Foundation Analyst Kseniya Kirillova offered her expert analysis on Putin’s “partial mobilization” announcement to G-Zero. “The Kremlin calls it ‘partial’ so as not to... END_OF_DOCUMENT_TOKEN_TO_BE_REPLACED

January 2010 marked the three-year anniversary of the merger between the Salafist Group for Preaching and Combat (or GSPC, as it is known by its French acronym) and al-Qaeda central.  The GSPC became the official wing of al-Qaeda in North Africa, under the title of Al-Qaeda in the Islamic... END_OF_DOCUMENT_TOKEN_TO_BE_REPLACED