Al-Shabaab, the Somali Islamist militant group, has conducted a range of attacks during the last few weeks, significant both in their scale and their increasingly direct targeting of civilians that suggest the group may be undergoing a strategic shift.

In the first attack, five al-Shabaab militants attacked the popular Lido beach area in Mogadishu with bombs and guns on January 21, killing at least 25 people. The majority of the victims were ordinary Somalis enjoying their day off; the beach area is often visited by local families (Horseed Media, February 13). The attack reportedly prompted a surge in anger towards al-Shabaab and sparked demonstrations against the group (Horseed Media, February 1). Dutch media later reported that the attack had been "masterminded" by Ismail Muse Ahmed Guled, a Netherlands national of Somali origin, who is also believed to have organized other al-Shabaab attacks (NL Times, January 22).

In the second large-scale attack to occur in recent weeks, on February 2, an al-Shabaab militant smuggled a bomb onto a Daallo Airlines passenger jet at Mogadishu’s airport. The bomb, hidden in a laptop, exploded shortly after take-off. The blast blew a small hole in the fuselage and killed the attacker, although the plane was able to land safely. After a ten-day delay, al-Shabaab issued a statement claiming credit for the attack, saying that it had been targeting Western intelligence officials and Turkish soldiers who were on the plane and that the bombing was "retribution for the crimes committed by the coalition of Western crusaders and their intelligence agencies against the Muslims of Somalia" (Horseed Media, February 13). However, it later emerged that the attacker had been checked into an earlier Turkish Airlines flight, and when this flight was cancelled, decided to bomb the Somali airliner instead after being offered a seat on the flight (Al-Jazeera, February 7). In a further development, al-Shabaab militants briefly captured the southern port town of Merka on February 5, before being ejected by Somali and African Union forces the following day (Horseed Media, February 6). The attack was an unusual departure from the group’s usual hit-and-run guerrilla tactics.

Although al-Shabaab has never shied away from killing civilians, the vast majority of its attacks have targeted the military, government, or perceived ‘spies’ and ‘apostates’ rather than ordinary Somali civilians. The latest attacks therefore mark a substantial departure from this trend; Al-Shabaab’s increased focus on maximizing civilian casualties is likely driven by a range of factors. These include rising competition from the Islamic State’s local Somali affiliate, whose growth and increasing prominence has the potential to lead to al-Shabaab factions breaking away, affecting al-Shabaab’s supply of recruits and funds. Al-Shabaab remains a loyal affiliate of al-Qaeda, the Islamic State’s key jihadist rival. The latest attacks by al-Shabaab may be seen as an attempt to compete with the more extreme Islamic State for radical audiences, even at the expense of more mainstream Somali public opinion.

It is possible that the shift in targeting may indicate increased radicalization within al-Shabaab, perhaps driven by hardliners and more ideological foreign fighters who have less hesitations about attacking Somali civilians. Underlining this potential new trend is that the airline bomb plot originally targeted a Turkish airline; if the attack had succeeded this would have also been perceived as a significant assault by al-Shabaab on Turkish interests. Given Turkey’s ambiguous attitude toward other al-Qaeda regional franchises, notably its tolerance of Jabhat al-Nusra in Syria, such an attack would have doubtlessly prompted Turkey to take action against the group. The original plot, had it been executed successfully, may have even sparked Turkish action against al-Qaeda more widely, and could have exacerbated tensions between al-Shabaab and al-Qaeda’s leadership, indicating an arguably new trend of recklessness in al-Shabaab’s targeting strategy.

Since the Islamic State-linked attacks in Indonesia’s capital of Jakarta on January 14, the most significant jihadist attack in the country in a decade, the government has taken a series of steps against domestic jihadists. In the week following the attack, 18 people were arrested, including both individuals suspected of being linked to those responsible for the attack, as well as those tied to separate groups (Jakarta Post, February 23). Since then, a range of further arrests and raids have been carried out by Indonesia’s police and specialist counter-terrorism forces, leading to a total of 33 arrests (Straits Times [Singapore], February 15). On February 15, the country’s counter-terrorism unit, Densus 88, shot and killed one suspected militant from the East Indonesia Mujahidin jihadist group in Bima, in West Nusa Tenggara (in the east of the country) and arrested another (Jakarta Post, February 15). In another raid, on February 3, the authorities arrested another East Indonesia Mujahidin suspect who was believed to have previously attended militant training camps in Poso, Indonesia’s Central Sulawesi province (Jakarta Post, February 3). Arrests of suspected Indonesian militants have also taken place abroad; one Indonesian is reported to have been arrested in February in Saudi Arabia as part of a wider crackdown on foreigners believed to be linked to the Islamic State (Jakarta Post, February 1).

In addition to these developments, the authorities also appear to have stepped up investigations into groups active in and around the capital in a bid to prevent any further attacks. For instance, the head of Indonesia’s police, Gen. Badrodin Haiti told a government committee that the police had identified three separate terrorist groups active in the Greater Jakarta area (Tempo [Indonesia], February 15). These groups had been planning to attack a range of targets including the city’s main police station, as well as individual police officers out on patrol. General Haiti also claimed that one of these groups was believed to have received 1.6 billion Indonesian Rupiah ($120,000) from sources in Iraq, Jordan, and Turkey, a portion of which had been distributed to jihadist groups in the Philippines. This information highlights the concerning trend of Indonesia’s latest generation of jihadists being well-connected to both militants in the Middle East and to militants elsewhere in the South East Asia region.

In addition to increased police raids on suspected militants, the government has also taken steps to bolster its legal armory. In particular, the government has sought to amend the 2003 terrorism laws that were passed after the Bali bombings, to allow greater action against suspected militants (Jakarta Post, February 16). Measures proposed include expanding the definition of terrorism to allow the authorities to take action at an earlier stage against nascent militant groupings, to allow the police to hold terrorist suspects for a maximum of ten months (an increase from the current six months), and to allow more evidence gathered by the intelligence agencies to be used in court. An additional proposal involves identifying ways to limit and/or criminalize communications between Indonesian radicals with militants based abroad. Although some human rights organizations have criticized the proposals, in practice, the amendments reflect that Indonesia’s current laws, which make it very difficult for the government to take any action against militants and extremists who are not actively preparing attacks, are out of sync with international norms and are widely believed to have substantially hampered the country’s ability to action against domestic extremists. 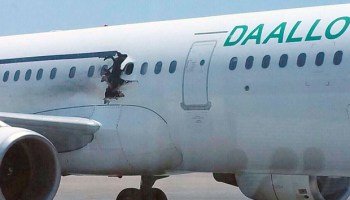 On January 9, The New York Times ran an article on a scandal involving Hong Kong government elites that featured an interview with Jamestown Senior... END_OF_DOCUMENT_TOKEN_TO_BE_REPLACED

The September 2015 issue of Militant Leadership Monitor begins with a brief on Saqr Abu Qutaiba, the leader of a Syrian armed rebel group who would like to receive training and weapons from the United States. This is followed by a brief on Shaykh Saleh bin Farid bin Muhsin... END_OF_DOCUMENT_TOKEN_TO_BE_REPLACED