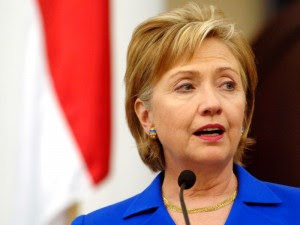 On October 6-10, 2010, a high-level Georgian delegation headed by Prime Minister Nika Gilauri held important meetings in Washington, DC with top-level representatives of the Obama Administration and U.S. Congress. The central event of the five-day visit was the omnibus meeting under the U.S.-Georgia Charter on Strategic Partnership that was co-chaired by U.S. Secretary of State Hillary Clinton. The two sides also held separate closed-door sessions of the four earlier created working groups on the topics of: democracy; defense and security; economic, trade and energy issues; and people-to-people and cultural exchanges.

In her opening remarks, Clinton underscored the significance of “the vital friendship between [the two] countries,” which “stands on a foundation of shared values and common interests” and reiterated the United States’ longtime “commitment to enhancing Georgia’s future as a prosperous and secure member of the Western family of nations” and to strengthening “Georgian security and democracy.” Gilauri, for his part, underscored Georgia’s achievements in modernizing its institutions, economy, infrastructure and society, and streamlining its education system as well as energy and transit capabilities.

The world’s most powerful nation’s support for Georgian sovereignty and territorial integrity as well as NATO membership is essential as the Caucasus country is struggling to end the Russian occupation of parts of its territory and with that, Moscow’s role in shaping its destiny. “We continue to call on Russia to end its occupation of Georgian territory,” the State Secretary said, “withdraw its forces, and abide by its other commitments under the 2008 ceasefire agreements.” Incidentally, she was the first top-level U.S. official to publicly qualify in early summer 2010 Russia’s illegal presence on Georgian soil in Abkhazia and Tskhinvali region/South Ossetia as occupation and request their removal. Furthermore, Clinton expressed U.S. support for Georgia’s State Strategy on Occupied Territories, and expressed readiness “to undertake activities that reinforce these important objectives.”

Analysts and political commentators have paid close attention to what the U.S. State Secretary had to say regarding Georgia’s defense needs. “[W]e continue to support Georgia’s efforts on defense reform and improving defense capabilities, including NATO interoperability and Georgia’s contributions to ISAF operations in Afghanistan.” As seen by at least some analysts in Tbilisi, Clinton’s endorsement of Georgia’s right to self-defense might herald a reversal in U.S. policy ostensibly refraining from providing lethal weapons to Tbilisi other than those needed for Georgia’s expeditionary forces in Afghanistan.

Touching upon Georgia’s contributions to war efforts in Afghanistan, Clinton thanked Tbilisi for maintaining nearly 1,000 troops in Helmand Province that serve “shoulder-to-shoulder with U.S. Marines” as well as soldiers from other NATO member states.

Praising Tbilisi’s achievements in strengthening democratic institutions and eradicating corruption, Clinton once again called Georgia “a role model for many other countries seeking to replicate the success that Georgia has had.”

The sentiments voiced by Clinton and Gilauri during their remarks at the Charter meeting as well as the congenial atmosphere that permeated the U.S. and Georgian delegations’ speeches were duly reflected in the State Department’s Factsheet issued after the talks. They also show that the U.S.-Georgia strategic partnership has gone a long way since the signing of the Charter “between [the] two democracies” in January 2009.

Georgia has been a crucial U.S. ally in the Caucasus in an immediate proximity to Central Asia’s hydrocarbon riches, Russia and Iran. Many in Georgia believe that a closer American engagement with Georgia would contribute to a more secure and peaceful Caucasus and an unimpeded flow of Caspian and Central Asian energy sources to European and world markets. Besides, Georgia’s significant achievements in building modern democratic institutions as well as the ongoing reforms in education and other spheres of public life need more support and endorsement, including through financial injections, so that Tbilisi can become more attractive for other actors in the region and beyond. There are several incentives that could help those goals to materialize from establishing an American university in Georgia to signing a Free Trade Agreement between the U.S. and its Caucasus ally.

The War in Ukraine and the Growing Risk of Russia’s... END_OF_DOCUMENT_TOKEN_TO_BE_REPLACED

Jamestown Foundation Analyst Kseniya Kirillova offered her expert analysis on Putin’s “partial mobilization” announcement to G-Zero. “The Kremlin calls it ‘partial’ so as not to... END_OF_DOCUMENT_TOKEN_TO_BE_REPLACED

The horrible tragedy in Boston on April 15 has refocused Western attention on Russia’s troubled North Caucasus, which has already experienced more than a decade of turmoil and upheaval. Many perspectives exist in scrutinizing the deadly events surrounding the Boston Marathon terrorist attacks. But nearly all the dimensions of... END_OF_DOCUMENT_TOKEN_TO_BE_REPLACED