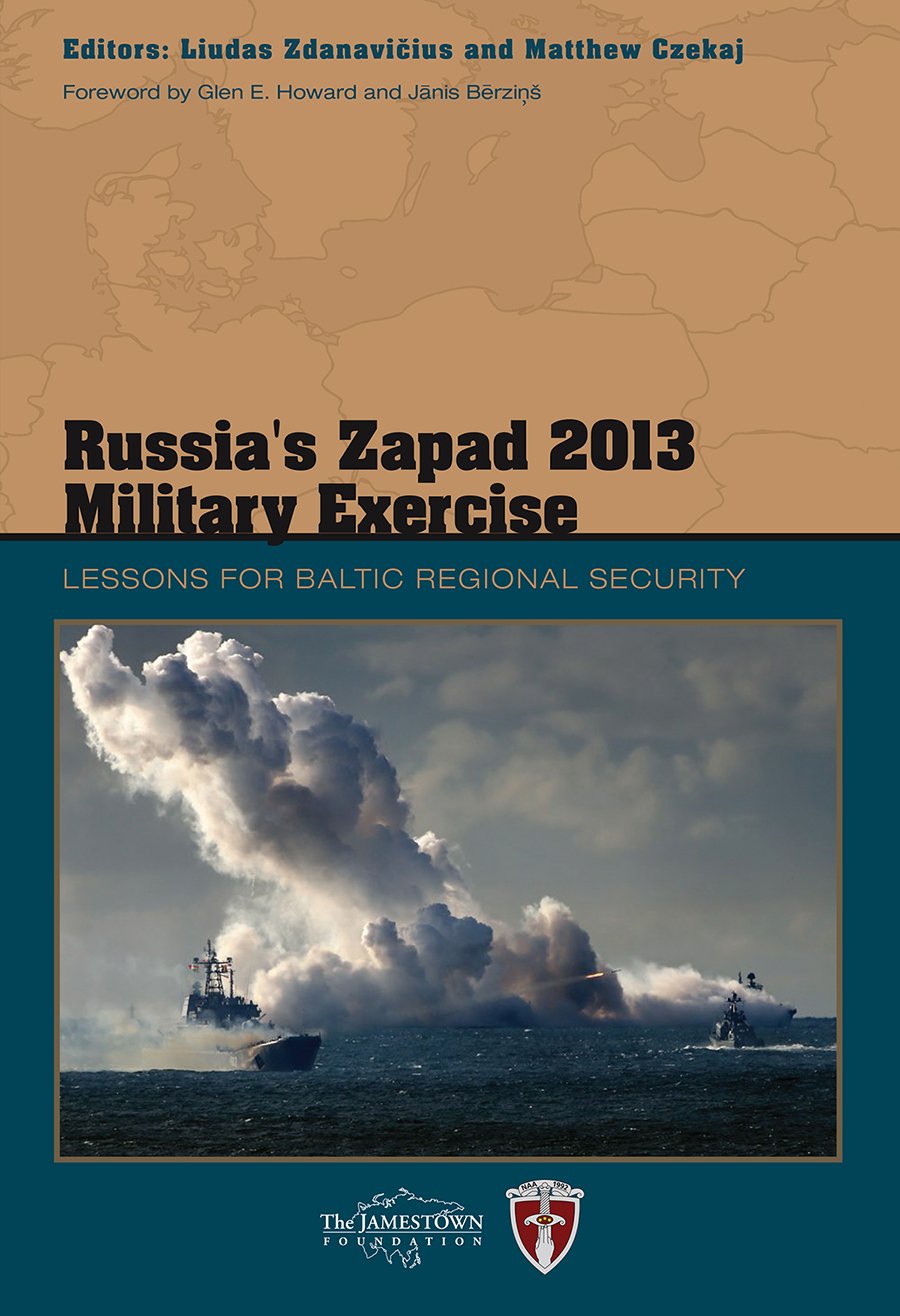 Zapad 2013 was a wide-scale military exercise carried out by the Russian and Belarusian military forces in September 2013. The joint maneuvers, which were held in Belarus and western Russia, simulated an incursion by foreign-backed “terrorist” groups originating from the Baltic States. This exercise—involving tens of thousands of personnel and hundreds of vehicles and pieces of military equipment—received a great deal of attention in the Baltic States, Poland and Finland, but passed almost unnoticed in the West.

Russia’s Zapad 2013 Exercise: Lessons for Baltic Regional Security analyzes in deep and well-researched detail different aspects of Zapad 2013 and how this exercise relates to Russia’s military posture and the security environment in Europe’s East. The included authors represent a broad range of viewpoints, spanning the United States, the Nordic countries and the Baltic States, as well as government, military and academia. This assembled cross-section of analytical defense and security expertise thus provides an unmatched and comprehensive review of a Russian military exercise with direct implications for NATO defense planning, but which nonetheless passed by with limited commentary in the United States and many of the Alliance’s Western European members.

The Occasional Paper, entitled “Northern Nigeria’s Boko Haram: The Prize in Al-Qaeda’s Africa Strategy” is now available for purchase on our website. This Occasional Paper examines the evolution of al-Qaeda’s Africa strategy from its focus on East Africa in the 1990s to the entire African... MORE
$20.00 – $25.00 Select options
Russia has always had a difficult time reconciling itself to accepting Ukraine as an independent state and a country that is outside its sphere of influence. Russia has an even more impossible time recognizing Ukraine’s sovereignty over the Crimea and the port of Sevastopol -... MORE
$9.95 – $14.95 Select options
This report features a collection of recent analysis written in Jamestown's flagship publication, Eurasia Daily Monitor. The included articles were written by Jamestown's foremost experts on Belarus and cover a wide array of subjects such as Minsk's attempts to juggle its relationship with the West... MORE
$20.00 – $25.00 Select options
On February 24, 2006, the world’s largest oil refinery, the Abqaiq oil facility in Saudi Arabia, fell victim to a major attack by al-Qaeda. The strategic attack on Saudi Arabia’s largest oil refinery nearly succeeded in knocking out of production the seven million barrel per... MORE
$15.00 – $20.00 Select options

The Jamestown Foundation is pleased to present a webinar on... END_OF_DOCUMENT_TOKEN_TO_BE_REPLACED

On November 17, Jamestown Foundation Senior Fellow Olevs Nikers was interviewed by Romania-based outlet Veridica regarding, among other topics, the best possible outcome for the... END_OF_DOCUMENT_TOKEN_TO_BE_REPLACED

Olevs Nikers and Otto Tabuns, Editors   The Baltic Security Strategy Report provides an in-depth security review of the Baltic countries of Estonia, Latvia and Lithuania. As highlighted in this important work, the Baltic States’ various national and collective strategies to address recurring regional threats since achieving statehood over... END_OF_DOCUMENT_TOKEN_TO_BE_REPLACED