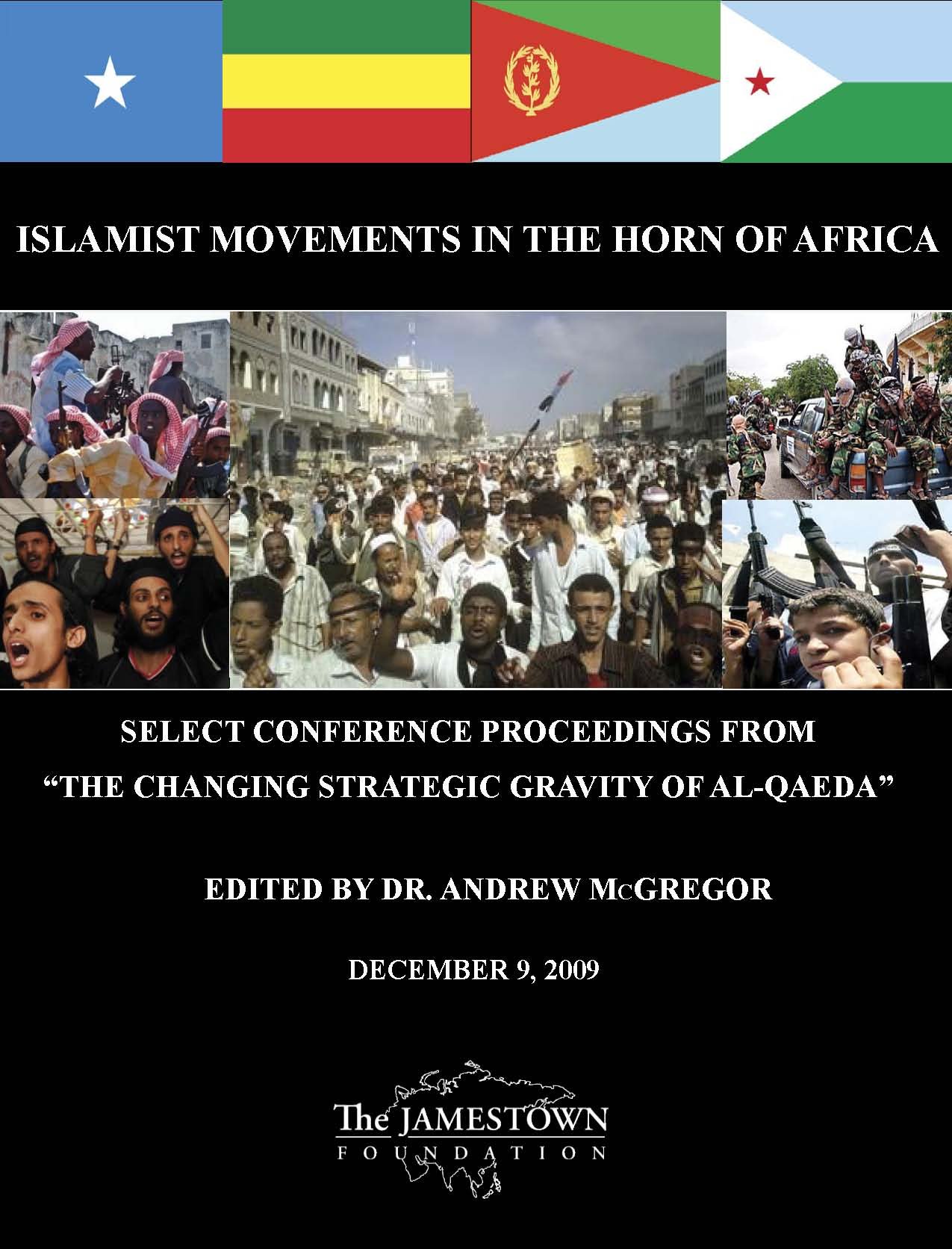 Islamist Movements in the Horn of Africa

On December 9, 2009, the Jamestown Foundation organized a special panel on “Islamist Movements in the Horn of Africa” as part of its annual conference, the latter appropriately titled “The Changing Strategic Gravity of al-Qaeda”.  This report is comprised of the proceedings from this important panel, including executive summaries, full text transcripts and power point presentations.  The following speakers and subject matter are featured in this report:

Brian O’Neill looks at the changing security dynamics in Yemen, a state that is battling a tribal movement in the north, secessionism in the south and the expansion of a rejuvenated al-Qaeda organization in the nation’s Sunni community.

Dr. Andrew McGregor addresses the factionalism that now permeates Islam in Somalia, a drastic change from the once uniform mode of worship that was a unifying force in the nation.

Andrew Black analyzes the massive trade in arms that links Yemen and the Horn of Africa across the Gulf of Aden, tracing the development of this trade from the Cold War era to present.

The Occasional Paper, entitled “Northern Nigeria’s Boko Haram: The Prize in Al-Qaeda’s Africa Strategy” is now available for purchase on our website. This Occasional Paper examines the evolution of al-Qaeda’s Africa strategy from its focus on East Africa in the 1990s to the entire African... MORE
$20.00 – $25.00 Select options
Russian authorities are extremely divided about the right position to take as Moscow increasingly concerns itself with the Afghan question. They have continually criticized NATO’s decisions though, at the same time, many Russian politicians recognize that the coalition’s failure to stabilize Afghanistan would place Russia... MORE
$0.00 Read more
Abstract: This article outlines the history and genesis of Kurdish Islamist groups in Iraq. Based on fieldwork and personal interviews conducted in Iraq in 2003 and 2004, this study presents a significant amount of never-before published details about these movements. Particular attention is paid to... MORE
Select options
Jamestown presents a complete summary of the May 12, 2011 event entitled 'The Future of Kazakhstan After the Presidential Election Event Summary' featuring discussions byJamestown Senior Fellow Vladimir Socor, Janusz Bugajski, Ambassador William Courtney, and Ambassador Erlan Idrissov. For a free hard copy of this... MORE
$10.00 Select options

The Jamestown Foundation was proud to host a webinar on... END_OF_DOCUMENT_TOKEN_TO_BE_REPLACED

Jamestown Foundation Analyst Richard Arnold was interviewed by PolitiFact for a story on the Lie of the Year 2022, or Putin’s long list of lies... END_OF_DOCUMENT_TOKEN_TO_BE_REPLACED