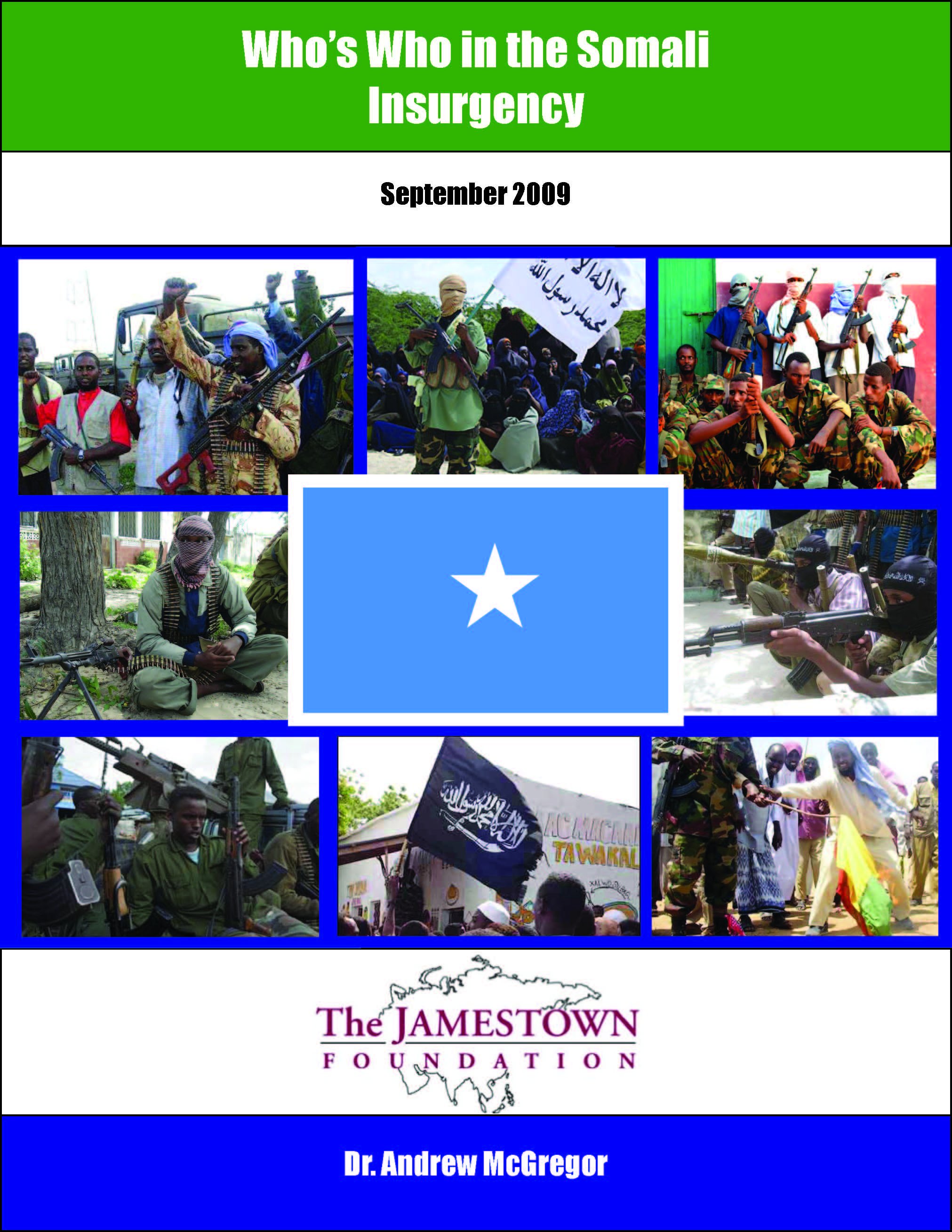 Who’s Who in the Somali Insurgency: A Reference Guide

The ongoing struggle for control of Somalia is one of the world’s most complicated. With the country already effectively split into three parts, it may be too late to speak of a Somali nation. While the popular conception of this conflict pits al-Qaeda associated Islamists against a presumably Western-friendly Transitional Federal Government (TFG) that has the support of major Western powers and the United Nations, the reality is far more complex. Somalia is beset by separatist forces, clan rivalries, ideological differences and religious disputes, all of which threaten to tear the last threads from the fabric of Somali unity. Though Islamists now lead both the government and the armed opposition, this has brought resolution of the conflict no closer.  Self-declared autonomous or independent regions like Puntland and Somaliland are unlikely to ever submit to the authority of Mogadishu and there are several regions ready to follow their example. With Sufis fighting Salafists on the battlefields of central and southern Somalia, Islam appears to have passed from one of the main forces behind Somali unity to one of its most divisive elements. The Who’s Who of the Somali Insurgency is an essential guide to the disparate forces and individuals seeking to split, conquer or unify this long troubled nation in the strategic Horn of Africa region.

Russian authorities are extremely divided about the right position to take as Moscow increasingly concerns itself with the Afghan question. They have continually criticized NATO’s decisions though, at the same time, many Russian politicians recognize that the coalition’s failure to stabilize Afghanistan would place Russia... MORE
$0.00 Read more
During Secretary of Defense Robert Gates's visit to China in January 2011, he stressed the importance of solid military-to-military relations. As a result of this visit, the U.S. Air Force (USAF) and People's Liberation Army Air Force (PLAAF) will hopefully engage each other through military... MORE
$15.00 – $20.00 Select options
On December 9, 2009, the Jamestown Foundation organized a special panel on "Islamist Movements in the Horn of Africa" as part of its annual conference, the latter appropriately titled "The Changing Strategic Gravity of al-Qaeda".  This report is comprised of the proceedings from this important... MORE
$15.00 – $20.00 Select options
Jamestown presents a complete summary of the May 12, 2011 event entitled 'The Future of Kazakhstan After the Presidential Election Event Summary' featuring discussions byJamestown Senior Fellow Vladimir Socor, Janusz Bugajski, Ambassador William Courtney, and Ambassador Erlan Idrissov. For a free hard copy of this... MORE
$10.00 Select options

On January 9, The New York Times ran an article on a scandal involving Hong Kong government elites that featured an interview with Jamestown Senior... END_OF_DOCUMENT_TOKEN_TO_BE_REPLACED

This report features a collection of recent analysis written in Jamestown’s flagship publication, Eurasia Daily Monitor. The included articles were written by Jamestown’s foremost experts on Belarus and cover a wide array of subjects such as Minsk’s attempts to juggle its relationship with the West and Russia, Belarus’s efforts... END_OF_DOCUMENT_TOKEN_TO_BE_REPLACED