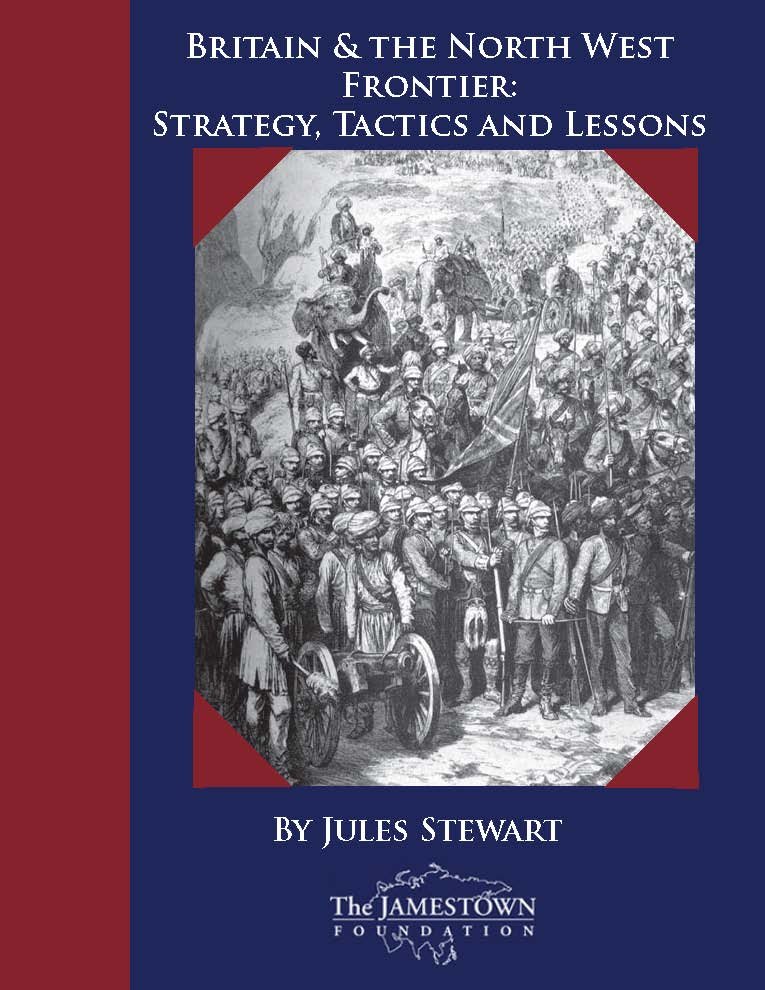 The tribal areas of Pakistan’s North-West Frontier Province (NWFP) fully deserve President Barack Obama’s description as “the most dangerous place in the world”.  This remote and inhospitable region is only nominally under Pakistan’s administration and its Pashtun tribesmen have a long history of opposing outside rule on their homeland. The Federally Administered Tribal Areas (FATA) have today become a haven for the most vicious and desperate elements of the Islamist insurgency. This includes Osama bin Laden, who is widely believed to be taking shelter in Waziristan under the protection of the Pashtun tribesmen, whose code of honor obliges them to protect anyone seeking refuge. This paper brings to light the experience of the British, who fought a desperate 100-year war to gain supremacy in the strategic tribal areas. Britain on the North-West Frontier: Strategy, Tactics and Lessons describes the Pashtun tribesmen and examines the military tactics used to deal with the insurgents, from “butcher and bolt” destruction of their villages to the later deployment of air power and even straightforward bribery, none of which were met with lasting success. In the end, the fatal flaw may well have been in treating this as a strictly military problem instead of an economic one. Pakistan, which is now engaged in a fierce battle to  clean out the Islamist insurgents from Waziristan, may be forced to learn the same lesson.

The Changing Face of Islamist Militancy in North Africa contains the proceedings of a panel from Jamestown's December 2008 conference entitled "The Expanding Geography of Militant Jihad." The report includes presentations by Theresa Whelan (Deputy Assistant Secretary of Defense for African Affairs, Office of the... MORE
$20.00 – $29.95 Select options
The Taiwan Navy can no longer keep up with a Chinese military that commands vast material preponderance, both quantitative and, increasingly, qualitative. It should no longer try. Nevertheless, the strategic vision set forth by the Republic of China Navy (ROCN), or Taiwan Navy, aims at... MORE
$15.00 Select options
In Gazprom's European Web, Jamestown analyst Roman Kupchinsky traces the unspoken connections between Russian gas giant Gazprom and various European companies.
$15.00 Select options
The year 2009 will go down in history as a watershed for the epochal expansion of China’s global influence. With its economy tipped to grow at 8 percent despite the world financial crisis, the People’s Republic of China (PRC) is widely regarded as a prime... MORE
$15.00 – $20.00 Select options