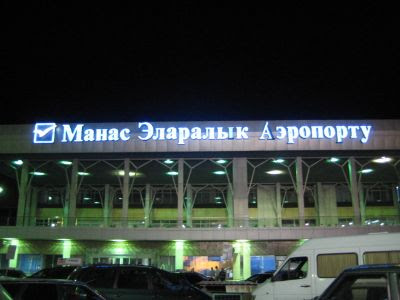 Deputy Prime Minister on economic issues Omurbek Babanov said that the joint venture will be formed by end of this month and the company should begin work on the fuel supply by March.

President Roza Otunbayeva also said that she welcomes new opportunities for bilateral cooperation with Russia. Without mentioning the new joint venture, the president expressed her hope that new bilateral initiatives will be implemented as soon as possible.

Last year, when the U.S. Department of Defense renewed its contract with Mina Corp Ltd., the Kyrgyz government expressed its disappointment with the decision. According to government officials, Mina’s work in Kyrgyzstan lacked transparency and the company was engaged in corrupt deals with former president Kurmanbek Bakiyev.

The Kyrgyz president has been pressing for the elimination of Mina from the equation, arguing that it would save up to $50 million per year. In an attempt to save its DoD contracts in Kyrgyzstan, Mina has launched an aggressive PR campaign to improve its image in Bishkek, Moscow and Washington. Mina representatives have been emphasizing that the Congressional subcommittee’s investigation did not find any major cases of corruption in the company’s work.

It also still remains unclear whether or not the Russian side supports Otunbayeva’s suggestion on ousting Mina from the existing contracts.

The Jamestown Foundation is pleased to host the webinar, “The... END_OF_DOCUMENT_TOKEN_TO_BE_REPLACED

The April 2021 issue of Militant Leadership Monitor features a brief on the recently assassinated Taliban Shadow Governor, Maulvi Naik Muhammad Rahbar; a look at Abdallaye ag Albaka, the deputy leader of JNIM who was killed while leading an assault on UN peacekeepers; an profile of Saif al-Rahman, the... END_OF_DOCUMENT_TOKEN_TO_BE_REPLACED