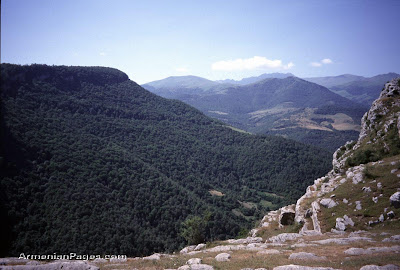 On 22 November, the presidents of Azerbaijan, Ilham Aliyev, and of Armenia, Serzh Sargsyan, met in Munich amidst very harsh statements from both sides. Two days before, President Aliyev said that if the talks failed, Baku might reclaim Nagorno-Karabakh by force, and on the day after the meeting, the Armenian president’s spokesman Samvel Farmanian stated that, should tension rise Armenia will recognize the independence of Karabakh. The objective of this rhetoric seems to have been for each side to put pressure on the other and the intermediaries (the OSCE Minsk Group), and to improve their own bar¬gaining positions. The conflict may be resolved, at least partly, within the next few months, and Moscow continues to play a key role in the peace process (President Aliyev had already visited Russia on 24 November).

Aliyev and Sargsyan discussed the details of conflict resolution based on the ‘Madrid principles’ (which envisage the withdrawal of Armenians from the areas surrounding Karabakh, the unblocking of transport routes, and the post-ponement of any decision about Karabakh’s final status). The two presidents were meeting for the sixth time this year, but this was the first time after the signature on 10 October of protocols normalising relations between Arme¬nia and Turkey, which met fierce criticism in Azerbaijan. According to Baku, opening the Armenian-Turkish border would considerably hinder progress in the regulation of the Karabakh issue.

The normalization of relations between Yerevan and Ankara and the Karabakh peace process are undoubtedly related, and the governments involved are currently conducting very intensive consultations about the future structure of the region. Russia remains the most active player in this respect (apart from the countries directly involved). President Sargsyan went to Moscow im¬mediately after the signature of the protocols in October, and the objective of President Aliyev’s recent visit to Russia was to gain the support of Russian President Dmitri Medvedev. (East Week Analytical Newsletter, November 25, 2009).

Back
Czech Efforts to Reduce Dependence on Ru..Next
The Nevsky Express – Terrorism Returns..

The Jamestown Foundation is pleased to host a forthcoming webinar... END_OF_DOCUMENT_TOKEN_TO_BE_REPLACED

Jamestown Foundation Analyst Kseniya Kirillova offered her expert analysis on Putin’s “partial mobilization” announcement to G-Zero. “The Kremlin calls it ‘partial’ so as not to... END_OF_DOCUMENT_TOKEN_TO_BE_REPLACED

Abstract: This article outlines the history and genesis of Kurdish Islamist groups in Iraq. Based on fieldwork and personal interviews conducted in Iraq in 2003 and 2004, this study presents a significant amount of never-before published details about these movements. Particular attention is paid to the links between various... END_OF_DOCUMENT_TOKEN_TO_BE_REPLACED