The Jamestown Foundation recently led an eight-member board delegation to Turkey, Azerbaijan and Georgia. Led by Ambassador Matthew Bryza, a Jamestown board member and former deputy assistant secretary of state for Europe and Eurasia, the delegation included Jamestown board members, Jamestown experts and private businessmen. From May 6 to May 16, the group traveled across the region, meeting with senior current and former government officials.  The focus of the trip was to learn more about the current state of U.S. relations with each of the countries and their domestic political contexts, as well as to gain a fuller picture of the security challenges facing each country and the region as a whole.

Over the course of trip, Jamestown engaged with officials on a variety of issues that underscore why this region and U.S. bilateral relations with Turkey, Azerbaijan and Georgia are of high importance to U.S. national security interests. Among the issues highlighted were a number of energy and transport infrastructure projects that not only have the potential to increase the region’s strategic importance, but also have the potential to support the future development of each of the countries that are a party to them. Likewise, through these meetings, members of the Jamestown delegation deepened their understanding of the unique challenges facing each country. These topics included Turkey’s operations in Syria and the Turkish position on the role of the Kurds in northern Syria; Azerbaijan’s engagement with neighboring Armenia and Iran, as well as the official demarcation of the Caspian Sea; and Georgia’s NATO aspirations and the current state of Georgia’s occupied territories of Abkhazia and South Ossetia, as well as the lessons that the Russia-Georgia War of 2008 can provide in understanding Russian aggression in Ukraine.

The Jamestown Foundation is dedicated to providing insight and perspectives from indigenous voices to policymakers in Washington, D.C. In pursuit of this goal, this trip provided the opportunity for Jamestown board members and experts to engage directly with senior officials and policy influencers in countries covered extensively in Jamestown’s publications. Over the course of the trip, the delegation further expanded its understanding of the role that Turkey, Azerbaijan and Georgia play in underwriting regional security. The insight gained will directly support future Jamestown analysis of events in each of these countries, which is a key part of the Foundation’s efforts to support U.S. policymakers by providing them with a deeper understanding of events that are of importance to U.S. national security interests in the region.

The Jamestown Foundation would like to express its deepest gratitude to all of those who took the time to meet with the delegation and hosted them during their trip to Turkey, Azerbaijan and Georgia. 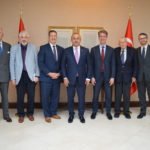 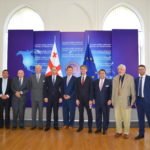 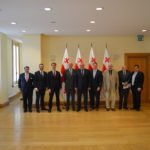 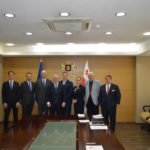 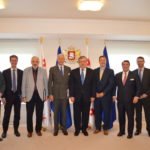 On August 4, the Jamestown Foundation held a webinar  on... END_OF_DOCUMENT_TOKEN_TO_BE_REPLACED

Jamestown Senior Fellow Margarita Assenova was featured in an event with the New Lines Institute for Strategy and Policy on Capitol Hill. The event was... END_OF_DOCUMENT_TOKEN_TO_BE_REPLACED

Pakistan’s Troubled Frontier is a gripping snapshot of the militants and movements threatening a region plunging into turmoil. This work represents an effort to examine the array of security issues threatening Pakistan’s volatile northwest frontier and should become an important reference for policy makers seeking greater insight into the region.... END_OF_DOCUMENT_TOKEN_TO_BE_REPLACED