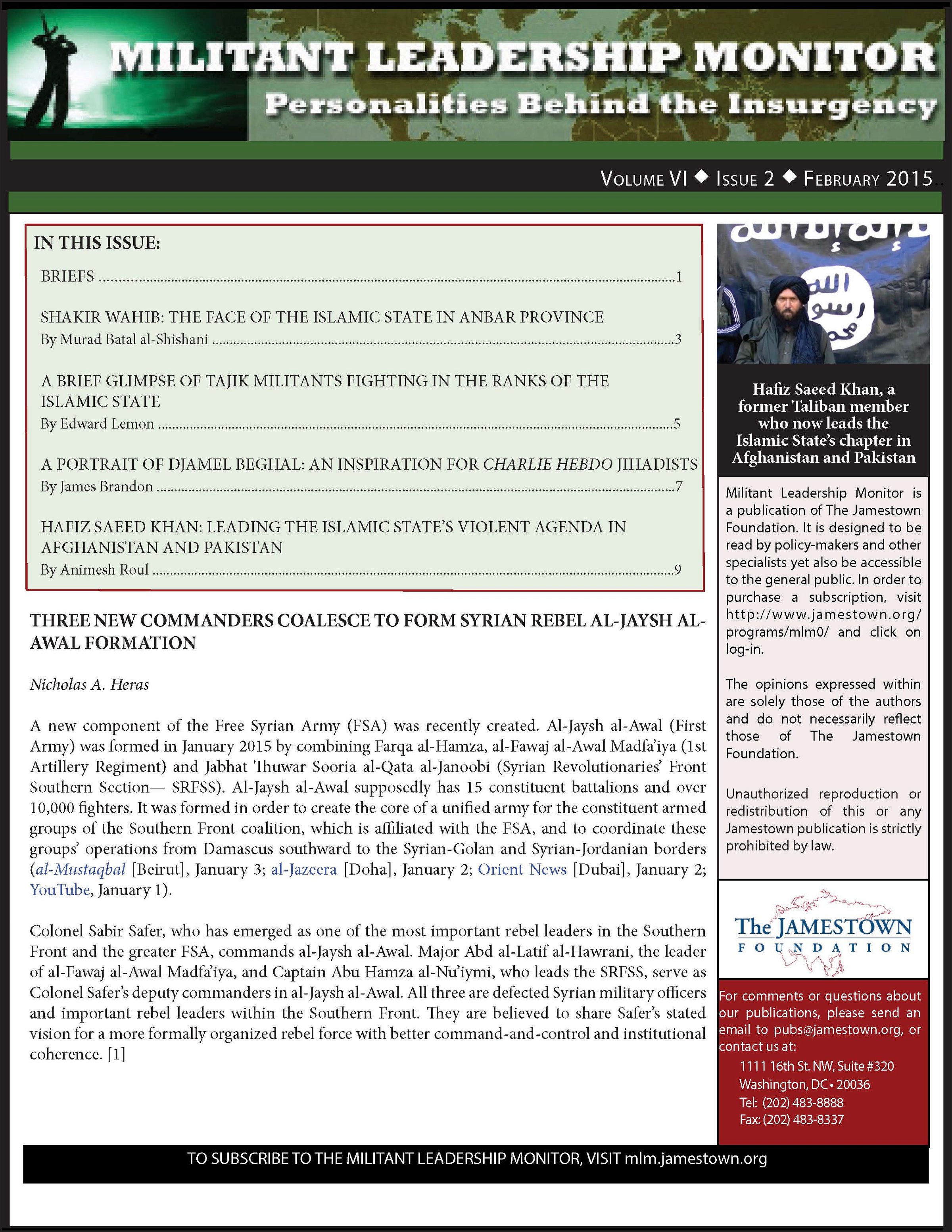 The February 2015 issue begins with a brief on the three commanders of the the Free Syrian Army’s al-Jaysh al-Awal by Nicholas Heras. Saber Safer, Abd al-Latif al-Hawrami and Abu Hamza al-Nu’iymi lead roughly 10,000 fighters in the Dara’a and al-Quneitra governorates. This is followed with a glimpse of three militants from Tajikistan who fought with the Islamic State in Iraq and Syria by Edward Lemon. Murad Batal al-Shishani then covers Shakir Wahib, a prominent Islamic State militant leader in Iraq’s Anbar Province. The inspiration behind the Charlie Hebdo attacks, Djamel Beghal, is then analyzed by James Brandon. Finally, Animesh Roul profiles Hafiz Saeed Khan, the leader of the Islamic State in Afghanistan and Pakistan.

The Jamestown Foundation is proud to present a webinar on “Broken... END_OF_DOCUMENT_TOKEN_TO_BE_REPLACED

On January 9, The New York Times ran an article on a scandal involving Hong Kong government elites that featured an interview with Jamestown Senior... END_OF_DOCUMENT_TOKEN_TO_BE_REPLACED

In this Quarterly Special Report (QSR) on Mayhem in Mali, we focus on the various Islamist fighters who have taken over northern Mali. The QSR includes profiles of important personalities in the Sahel region such as Abou Zeid, a brutal, committed and resilient militant under whose leadership AQIM has... END_OF_DOCUMENT_TOKEN_TO_BE_REPLACED