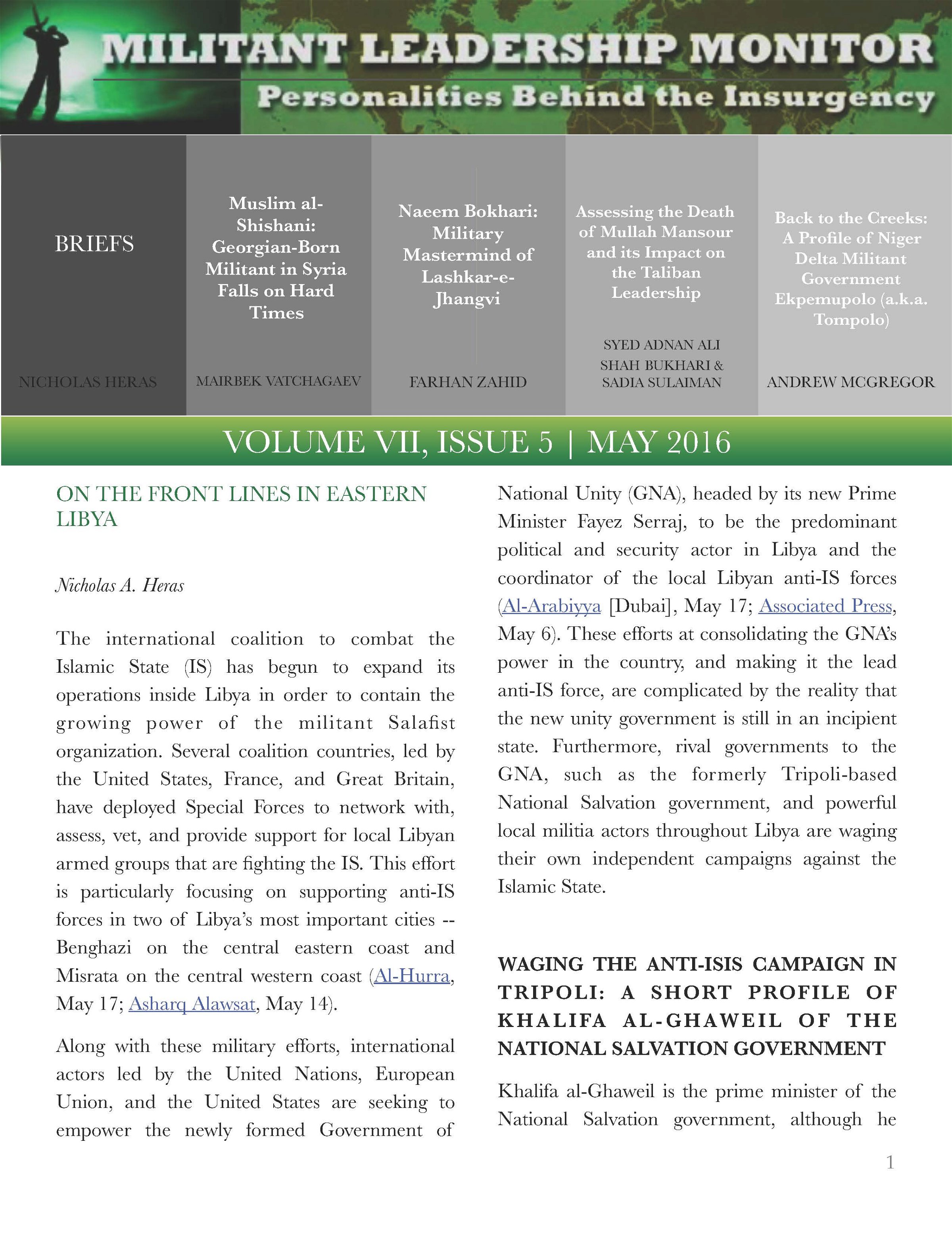 The May 2016 of Militant Leadership Monitor includes briefs on Khalifa al-Ghaweil and Ismail Muhammad al-Salabi – two influential actors in eastern Libya. The first profile is of Muslim al-Shishani, a Georgian-born militant fighting in Syria. The second profile is of Naeem Bokhari, the recently arrested military mastermind of Lashkar-e-Jhangvi. Following that is a postmortem of Mullah Mansour that assesses the impact of his death on Taliban leadership. Closing the issue is a profile of “Tompolo” that examines his activity in the Niger Delta.

The horrible tragedy in Boston on April 15 has refocused Western attention on Russia’s troubled North Caucasus, which has already experienced more than a decade of turmoil and upheaval. Many perspectives exist in scrutinizing the deadly events surrounding the Boston Marathon terrorist attacks. But nearly... MORE
$20.00 – $25.00 Select options
The September Issue of Militant Leadership Monitor focuses on militant leaders in Africa and the Middle East. In the first brief, Nicholas A. Heras analyzes an Iraqi Shiite militia leader who has vowed vengeance if the United States and its Allies launch a strike on Syria. The... MORE
$20.00 – $25.00 Select options
This issue of Militant Leadership Monitor includes profiles of Saudi Arabia's Ahmed Abdullah Saleh al-Khazmari al-Zahrani, AQIM's Jemal Oukacha, Libya's Isa Amd al-Majid, the Niger Delta's al-Haji Mujahid Dokubo-Asari (Part Two), and a look at leaders of Ansar al-Sharia in Tunisia.
$20.00 – $25.00 Select options
In this Quarterly Special Report (QSR) on the conflict in South Sudan, we focus on the civil wars, border disputes and rivalries between ethnic groups that have resulted in over half a century of violence in the country. The QSR begins with an overview by... MORE
$20.00 – $25.00 Select options