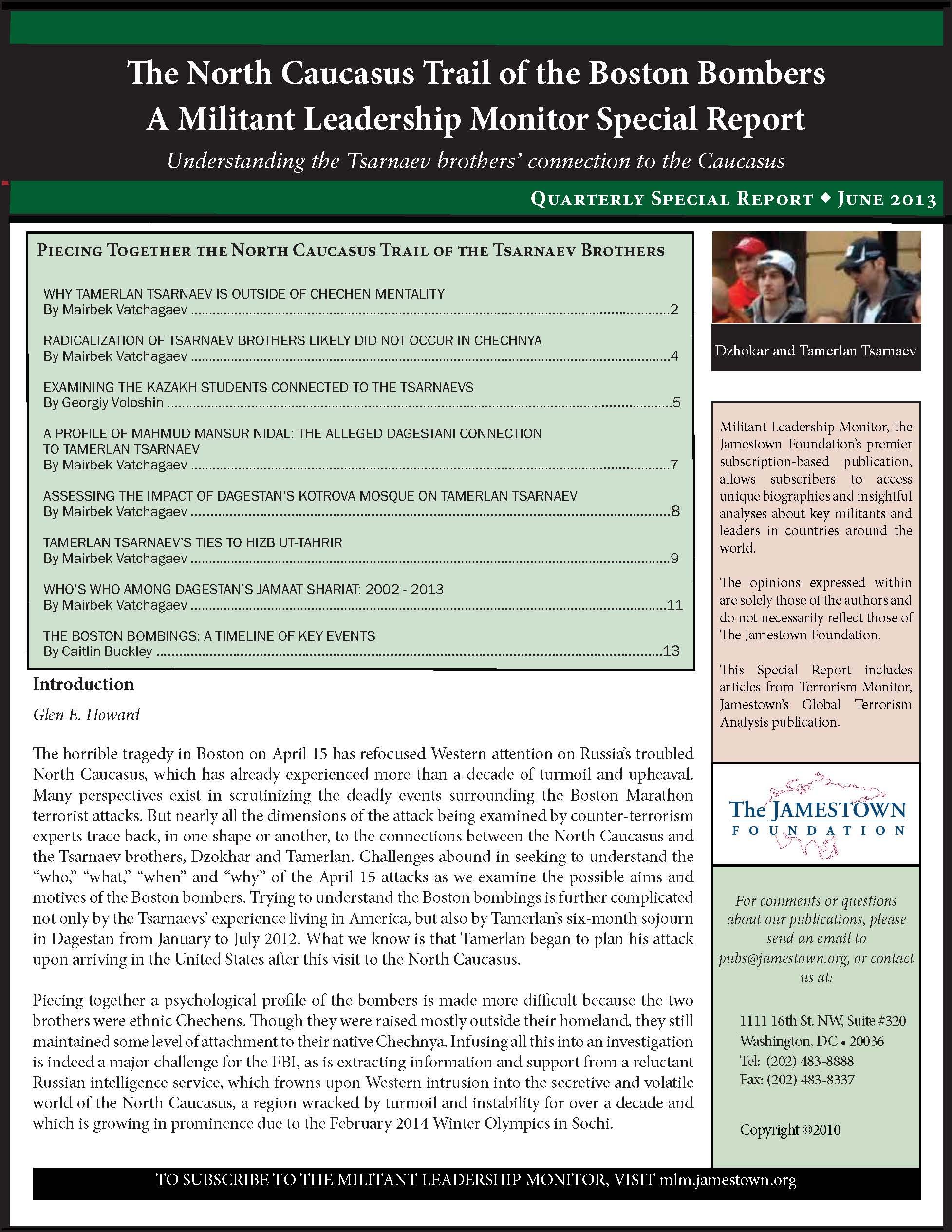 The horrible tragedy in Boston on April 15 has refocused Western attention on Russia’s troubled North Caucasus, which has already experienced more than a decade of turmoil and upheaval. Many perspectives exist in scrutinizing the deadly events surrounding the Boston Marathon terrorist attacks. But nearly all the dimensions of the attack being examined by counter-terrorism experts trace back, in one shape or another, to the connections between the North Caucasus and the Tsarnaev brothers, Dzokhar and Tamerlan. Challenges abound in seeking to understand the “who,” “what,” “when” and “why” of the April 15 attacks as we examine the possible aims and motives of the Boston bombers. Trying to understand the Boston bombings is further complicated not only by the Tsarnaevs’ experience living in America, but also by Tamerlan’s six-month sojourn in Dagestan from January to July 2012. What we know is that Tamerlan began to plan his attack upon arriving in the United States after this visit to the North Caucasus.

The Jamestown Foundation is proud to present a webinar on China’s... END_OF_DOCUMENT_TOKEN_TO_BE_REPLACED

On May 19, Voice of America posted an interview with Dr. Richard Arnold on the topic of Russian Cossacks’ involvement in the war against Ukraine. END_OF_DOCUMENT_TOKEN_TO_BE_REPLACED

The November 2019 issue features a brief on former football player turned terrorist attack planner Fawaz Ahmed Hamdun; a look into Abu Zainab al-Lami, the mastermind behind the recent crackdown on Iraqi protesters; an analysis of the arrest of Maldivian Islamic State recruiter Mohamad Ameen and what it means for... END_OF_DOCUMENT_TOKEN_TO_BE_REPLACED