At an April 19 conference on “internet work,” Chinese President Xi Jinping instructed cadres to listen to “constructive criticism” from the public online, calling for changes to the way the Chinese government manages online public opinion and criticizing the practice of broadly censoring comments on sensitive issues (Xinhua, April 25). In a literal application of the “mass line” concept he has emphasized as General Secretary, Xi said that the Party should actively solicit public opinion online in order to “clarify misunderstandings” and mobilize consensus around political priorities. Continuing a series of speeches on the role of media, Xi’s comments do not fit into the familiar cycle of crackdown and thaw. Instead, he is asking the Party to study the tools it used to mobilize mass enthusiasm under Mao and apply them to a new era. While this approach so far does not appear to have delivered solid results, understanding it illustrates Xi’s intentions and the extent to which his approach is grounded in the orthodox thought of the Party.

Shen Yi, an official at Fudan University’s Cyberspace Governance Study Center and a speaker at the conference, told Xinhua that “Officials should not ignore public concerns vented online but respond to them; otherwise the issue will spiral out of control… When an issue draws great attention online, deleting criticism is certainly not a solution” (Xinhua, April 20). However, he warned against the danger of following rather than shaping public opinion: “They should not become online ‘yes men’ but remember their basic roles and responsibilities.” “Xinhua Insight” coverage of the conference linked this concept to the mass line, describing the theory as “a ‘key weapon’ in China’s revolutionary days and an effective governance tool in the past decades” (Xinhua, April 20). A Guoping commentary (a pseudonymous column that has focused on explicating Xi’s ideas) on the theme of accepting criticism online further castigated the “delete-first” approach, accusing cadres of self-deception. Although online critics may lack a “comprehensive view” and are in fact often simply wrong, it is the cadre’s job to deal with them patiently until they can be satisfied or brought around to the government’s position (Zhongguang Wang, April 29).

While Xi’s mass line campaign attracted considerable attention during its year-long run, almost none went to the content of the theory itself. The mass line is not simply a populist slogan—it is a theory of policymaking and implementation that emphasizes building public consensus around “correct” policy. The Mao-era theory provides a formula for creating policy that is both doctrinaire and democratic. First, officials should interact with the masses to learn their views and desires. Second, applying the Party’s unique understanding of history, Party leaders were told to “distill” or “condense” raw opinions into a single, correct consensus view. In the final step, they return to the people to explain their own choice to them, patiently correcting any misunderstandings. In contrast to more familiar understandings of politics that recognize different opinions associated with interest groups, the mass line recognizes the possibility of only a single correct point of view, and credits the Party, which has been properly informed by contact with the masses, with the exclusive ability to identify it. [1] In theory, this approach to governance both facilitates oversight—meaning any citizen with a “correct” viewpoint is encouraged to come forward against “incorrect” officials—and legitimacy. If the Party fulfills its leadership role, its constituents will come to realize that its decisions represent their own interests. Of course, public group meetings also encourage conformity, and cadres learned to apply group pressure to achieve consensus. During the Mao era, this method was widely and literally followed in making policy of all kinds—local governments are documented citing ideas proposed in constituent meetings for everything from the construction of new water supply systems to the divisions between ethnic groups. [2] While this theory was widely accepted during the Mao era as the Chinese Communist Party’s distinctive approach to policy—differences over its proper application were a major point in the split between Mao and his rival Liu Shaoqi—it has largely disappeared in the wake of the Cultural Revolution and the 1989 Tiananmen Square incident, experiences which led Party elites to view mass mobilization with suspicion.

Xi’s comments on information control propose a digital version of the mass line cycle. At the internet work conference, as repeatedly during the past four years, he simultaneously called for increased public participation in governance and for the strict control of a host of forms of undesirable speech, emphasizing the tasks of soliciting popular input and guiding public opinion. Using classic terminology, he said “Condensing public opinion into consensus is no easy task [凝聚共识工作不容易做]; we must all strenuously work together.” Whereas post-Tiananmen Chinese leaders have been content with a public that does not mobilize against them, Xi now expects the Party to rediscover the art of mobilizing the people on its behalf.

Xi has spent years worrying about the Party’s ability to inspire belief. In 2006, he wrote in his regular column in the Zhejiang Daily that “Even if the people are in the wrong, it is the job of cadres to persuade them and educate them on the right answer.” He noted in a 2003 column that “Under the conditions of a socialist market economy… cultural products can only maximize and realize their propagandist and educative functions when they have become the natural choices of mass consumption.” Shortly after taking office, he launched a series of posters promoting the “China Dream” concept featuring modern designs, breaking with the staid norms of propaganda posters. More recently, his statements that Chinese media should remember that “their surname is Party” have emphasized the role of the media as a link between Party and people.

Xi’s rhetoric on the mass line has yet to be matched by concrete policies. The Xinhua Insight story for example, was able to produce only the skimpiest of examples of the digital mass line in action, listing three short cartoons explaining Xi’s policies to the public and an increase in the number of citizens submitting allegations to anti-corruption bodies. If the mass line were in fact being revived, we would expect to see policies put forward on the basis of “condensed” public input, as well as efforts to demonstrate public understanding and support of policy. However, despite both a year-long effort to educate Party members in mass line theory and repeated efforts to put forward a vision of a modernized version of the mass line, the only visible result is an old-fashioned crackdown.

David Cohen was the editor of China Brief in 2013–2014. Before coming to the Jamestown Foundation, he worked as a freelancer in Beijing and the United States, covering Chinese politics, society, and business issues regularly for the Diplomat Magazine. He is currently a graduate student at Stanford University.

Harding; also Thomas Mullaney, Coming to Terms with the Nation: Ethnic Classification in Modern China, University of California Press, 2011, pp. 96–100. Mullaney describes the use of group meetings to persuade representatives of a number of southern tribes that they belonged to the newly-coined Zhuang ethnicity, demonstrating the effectiveness of group meetings at eliciting buy-in. 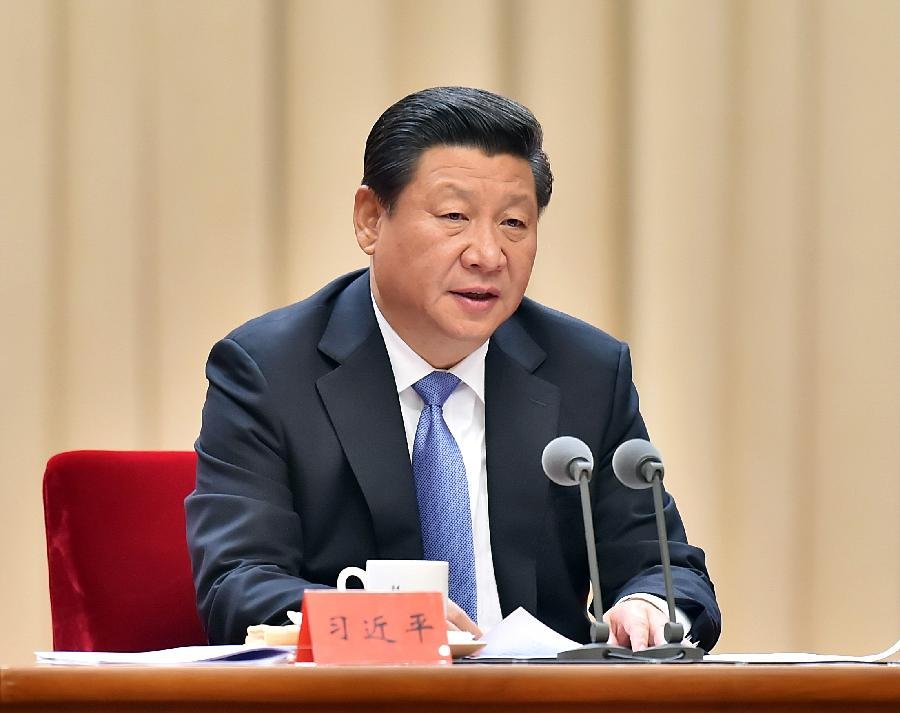 Back
Taiwanese Navy Plans to Enhance Fleet Ai..Next
The Eclipse of the Communist Youth Leagu..

On January 9, The New York Times ran an article on a scandal involving Hong Kong government elites that featured an interview with Jamestown Senior... END_OF_DOCUMENT_TOKEN_TO_BE_REPLACED

On Wednesday, October 11, 2017 The Jamestown Foundation held its Seventh Annual China Defense & Security Conference. The event featured a prestigious lineup of some of the world’s leading experts on the Chinese Military and Security Issues in Asia. This full-length set of DVDs covers the four panels: The PLA at 90, Joint Operations in the... END_OF_DOCUMENT_TOKEN_TO_BE_REPLACED