One of the trends surfacing in news reports about the North Caucasus insurgency this year is the presence of Azeri fighters within the rebel ranks. Chechnya’s president Ramzan Kadyrov also pointed a finger at Azerbaijan in a recent interview, claiming: “Most of the ammunition warehouses dating back to the Soviet Union times are still located in Georgia and Azerbaijan. That’s where the bandits get their weapons and ammo. Their main trade used to be heroin, and now they [have] switched to explosives and machine guns. The West is interested in tearing the Caucasus away from Russia” (www.zaftra.ru, September 23).

In effect, the Chechen leader has accused the Azeri and Georgian governments of waging a clandestine war against Russia by providing support to the armed resistance. However, Kadyrov’s claim has no basis in fact – not in the least because the Azeris and Georgians are more fearful of the Chechen rebels than they are of the Russian army. Azerbaijan’s reaction to Ramzan Kadyrov’s claim was uniformly strong across all segments of the republic, including the democratic media (www.zerkalo.az, September 25). In fact, the Azeri press has been historically sensitive to similar reports involving the rebels and jamaats. The roots of the issue trace back to tensions in the northern parts of the republic, which are inhabited by ethnicities that share common roots with the North Caucasus and belong to the Dagestani language group.

In all likelihood, the Azeri jamaat is only beginning to emerge today. In a Shi’a majority country like Azerbaijan, insurgency groups made up of young Sunni fighters will naturally stand in opposition to the clerical establishment, and most certainly to the country’s political leadership as well. The lack of an obvious leader capable of uniting fragmented cells into a unified jamaat structure explains the current scattering of insurgents across the entire region. To wit, some rebels appear to be operating not just in Azerbaijan, but also fighting with Afghanistan’s Taliban movement, which includes an Azeri unit commanded by Abu Muhammad (www.hunafa.com, August 19). Yet more fighters have joined the ranks of the North Caucasus resistance movement and are currently active in the jamaat groups Sharia (Dagestan), Yarmuk (Kabardino-Balkaria) and Sharia (Ingushetia), and perhaps even some Chechen groups. The website supportive of the Azeri jamaat presently contains only generic information without offering any specifics about its activities (www.jixad.tk, October 9).

The first attempt to unify these fragmented cells was in 2007 by then-commander of Dagestan’s jamaat, Abdul-Majid (aka Ilgas Malachiev), an ethnic Lezgin born in the Azeri city of Zakatala (www.gazeta.ru, September 7, 2008). His Azeri roots probably aided him in recruiting a number of Azeris to his group of fighters. He may also have been successful in establishing ties with jamaat cells in the Azeri capital of Baku and the city of Sumgait (www.today.az, September 8, 2008). According to Federal Security Service (FSB) sources, it was during Malachiev’s time at the helm of Sharia Jamaat that 30 Azeri fighters crossed Dagestan and Chechnya to join the rebels in Ingushetia (www.kommersant.ru, September 1). The incident was reported in connection with the killing of a suspected insurgency leader known as Dr. Muhammad (a native Algerian and a French citizen) on August 30 of this year near Mutsalaul village in Dagestan’s Khasavyurt district. At the time, FSB sources reported that the slain commander was a successor to the infamous Khattab and Abu Hafs in the North Caucasus. Indirect support for this version of events can also be found on the Ingush rebels’ website, which mentions the presence of Azeri fighters within the units of Ingush mujahideen under the command of Abu Walid Khaikhoroev (aka Vakha Janaraliev) (www.guraba.wordpress.com, August 30).

The above should not be interpreted to mean that all Azeri members of the North Caucasus resistance movement have necessarily come to join the rebels from Azerbaijan. At least as many must have been recruited from the ranks of the Azeri community inside Russia; it is a lot easier to join the insurgency once legally inside the country than to cross the Russo-Azeri border clandestinely.

The Azeri jamaat may be quite diverse in terms of the ethnic origins of its members. In addition to Azeris, it may also include the Lezgin and other ethnic groups (such as Udins, Tsahurs, etc.) with roots in communities based in the northern part of Azerbaijan near the Russian border. In fact, border crossing may be easiest to arrange for longtime area residents, who know the border area a lot better than the border guards. It should also be pointed out that crossing the border is only the first step: support on the other side must also be arranged, and can be provided either by other jamaat members or families that have relatives on both sides of the border. The latter factor was a key element in successful operations of the late emir of Dagestan’s Sharia jamaat, Abdul Majid (who was killed on September 8, 2008).

The Azeri element has become more prominent in the region since this past summer. For instance, several suspected insurgents killed during clashes in Ingushetia were recognized as ethnic Azeris, including one Hussein Namazov, born in 1965 and an Azeri citizen (www.kavkaz-uzel.ru, June 13).

A few months later – on August 28 – one of three rebels killed in Karagach village in Kabardino-Balkaria during a shootout, Khatai Mansurov, also turned out to be an ethnic Azeri with a temporary residence permit in Moscow (www.islamdin.com, August 28).

Finally, as recently as September, the Azeri government said it conducted a counter-insurgency operation in the northern part of the country near the Russian border – another indication that resistance hotspots have flared up on both sides of the border. As reported via Dagestan’s Sharia Jamaat website, Azeri border guards clashed with insurgents on the night of September 19 near the village of Kapir-Kazmalyar. Casualties were reported on both sides. The website also stated that the rebel attack was rebuffed by Russian border guards (www.jamaatshariat.com/ru, September 23). Even discounting some of the report as insurgent propaganda, it still makes it clear that armed clashes continue to take place in the region, making the problem all the more real.

Time alone will tell whether the Azeri group will be able to become an independent jamaat and join the North Caucasus resistance movement under the auspices of the Caucasus Emirate. What is known with certainty is that the Azeri fighters are becoming increasingly involved in the North Caucasus conflict, which will doubtlessly have consequences for their home country of Azerbaijan. 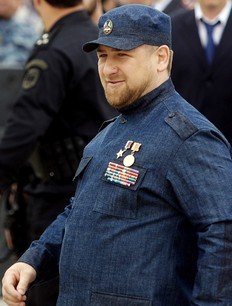 Back
Violent incidents reported in Ingushetia..Next
Negotiations on the Transnistria Conflic..